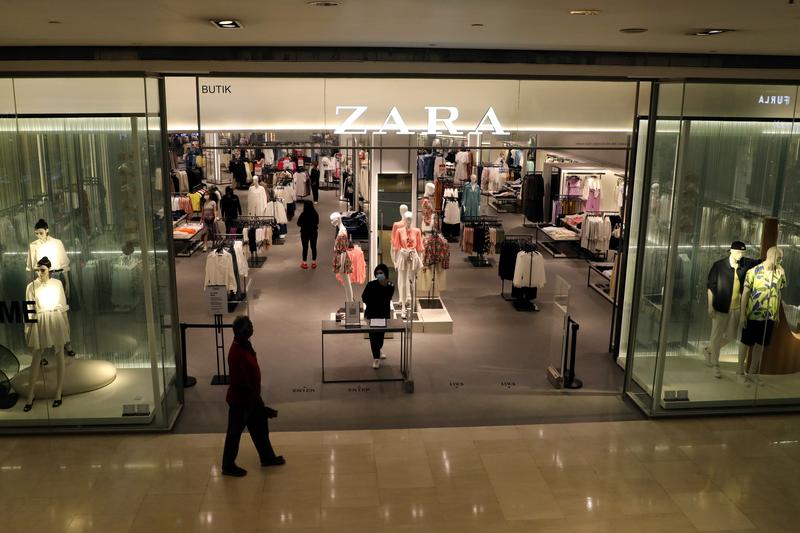 MADRID (Reuters) – The owner of fashion retailer Zara, Inditex ITX.MC, returned to quarterly profit in the three months from May to July despite a 31% fall in sales as the coronavirus crisis kept consumers away from city centre shopping districts.

Inditex, which also owns the Massimo Dutti and Bershka brands, said 98% of its stores had reopened and that current trade showed a progressive return to normality with online sales growing sharply and store sales recovering.

In the current quarter, sales in store and online from Aug. 1 to Sept. 6 at constant exchange rates were on an improving trend, though still down 11% from a year earlier.

It saw a 74% jump in online sales in the first half, a trend seen at apparel retailers worldwide, as shoppers bought from home with many stores closed and movement restrictions in place.

In a sign of how apparel spending has switched to more comfortable styles with many working from home and parties cancelled, Zara’s app showed autumn looks with wide trousers and flat shoes on models climbing fences and riding bikes.

For the first half, it reported a net loss of 195 million euros on sales down 37%.

It said it would have reported a profit had it not booked a 308 million euro charge related to its integration of its store and online platforms.