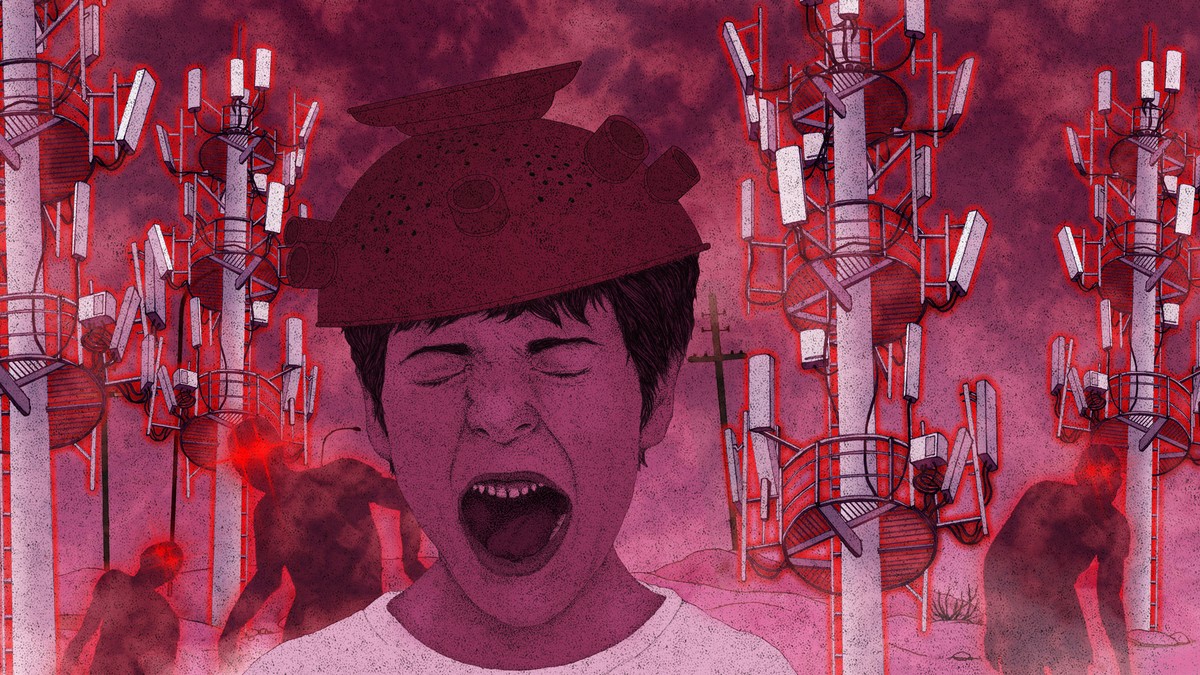 The 5G rollout has been far from smooth. Despite its dazzling promises, like the advent of self-driving cars and virtual reality, the fifth generation of mobile internet is considered a threat by many. On the 14th of July of this year, the UK banned 5G kits produced by Chinese manufacturer Huawei due to security concerns. Meanwhile, activists are taking issue with the environmental cost of the new technology, which will require enormous resources just to replace the already-speedy 4G network.

Then, there’s a group of people who oppose 5G because they believe it’s a health hazard. The theory that mobile phones cause cancer has been around for a while, albeit with little scientific basis. In its latest iteration, conspiracy theorists say 5G phone towers are weakening our immune systems and increasing our vulnerability to COVID-19. Some even believe the towers transmit the virus directly to humans – and that naturally the best way to fight the pandemic is to set them on fire.

This fear of waves might feel very bat-shit 2020, but the phenomenon has been around for at least 60 years. Electromagnetic waves, high-voltage lines, microwaves, radios, radars, wind turbines and wifi modems: all have been “blamed” for causing health problems such as leukaemia, infertility and autism. None of these theories have been scientifically confirmed, but a mix of miscommunication, poor understanding of science and sheer mysticism has kept them alive.

First of all, it’s important to understand what “waves” are and how they work. The human eye can only capture a minuscule portion of the energy travelling across the universe in the form of electromagnetic waves and other types of radiation. That tiny range of perception, known as the visible spectrum, is basically what we call colours.

Electromagnetic radiation is classified by wavelength. What we perceive as purple travels at a wavelength of about 400 nanometers (nm). Radiation under 400nm is known as “ultraviolet” and is invisible to humans. Another type of radiation, “ionising radiation”, also travels at a wavelength below 400nm. This radiation transforms the atoms it touches into ions by stealing their electrons and breaking the chemical bonds of molecules. In short, it is unstable and dangerous for humans. For instance, radioactive materials like uranium release ionising radiation – which, in extreme amounts, can cause burns and even death.

The panic about electromagnetic radiation started in the 1950s. In the aftermath of World War II, an epidemic of so-called “radio wave sickness” struck military outposts in Eastern Europe. People said radios and radars were causing symptoms like fatigue, headaches, vertigo and trouble sleeping. Today, the condition is known as electromagnetic hypersensitivity, but it’s not recognised as a disease by medical authorities and is mostly self-diagnosed.

In 1979, electromagnetic waves began to be associated with cancer. It all started with a scientific article which observed that in Colorado, high voltage lines were more often found near the homes of children who developed cancer compared with healthy kids. The correlation was researched in many subsequent studies, but to this day, no consistent evidence to corroborate the claim has been found.

In the 1980s, when microwaves became a common household appliance, public fear of electromagnetic radiation spiked, fuelled by the media. Microwaves were said to cause cancer and destroy the nutrients in food. Although current studies show that a microwave in good condition poses no health risk to humans, false reports about the Soviet Union banning microwaves in 1976 keep popping up every now and again.

Health organisations such as the French Agency for Food, Environmental and Occupational Health and Safety say there’s a “possible” link between electromagnetic radiation and cancer, especially leukaemia in children. That’s because early studies found some correlation, despite the WHO calling the evidence “weak” and their methodology being called into question.

As for the long-term effects of electromagnetic radiation, in 2011 the International Agency for Research on Cancer classified electromagnetic radiation as  “possibly carcinogenic”, but with a huge caveat. They found “limited” evidence connecting the use of mobiles with two specific types of cancer, glioma and acoustic neuroma, and “inadequate” evidence for other types. Other common substances like pickles and coffee are also considered possibly carcinogenic by the WHO.

Scientific basis for the panic is shaky at best, but that hasn’t stopped people freaking out about electromagnetic waves. But if scientists can’t know something for sure, non-scientists won’t be able to figure it out either. Technophobia, or fear of technology, might just be deeply rooted in the human psyche.

Ian Hacking, a Canadian philosopher of science, studied the phenomenon of “temporary mental illnesses”, or disorders that only appear within certain contexts and then disappear. For example, in 16th century Europe, around the time transparent glass became common, people were convinced their own bodies had become glass. This “glass delusion” affected even King Charles VI of France, who dressed in special reinforced clothing to protect his fragile body. Another famously technophobic group was the Luddites – English textile workers who destroyed their weaving machines in the 19th century in protest against the domination of technology.

Today, the invisible waves that connect us to each other are being seen as a similar threat. And with Big Tech using waves to collect more and more of our personal data, people are losing trust and heading down conspiracy rabbit holes. 5G is just the latest scapegoat.