Why Scientists Should Stop Misusing Science To Influence The Election 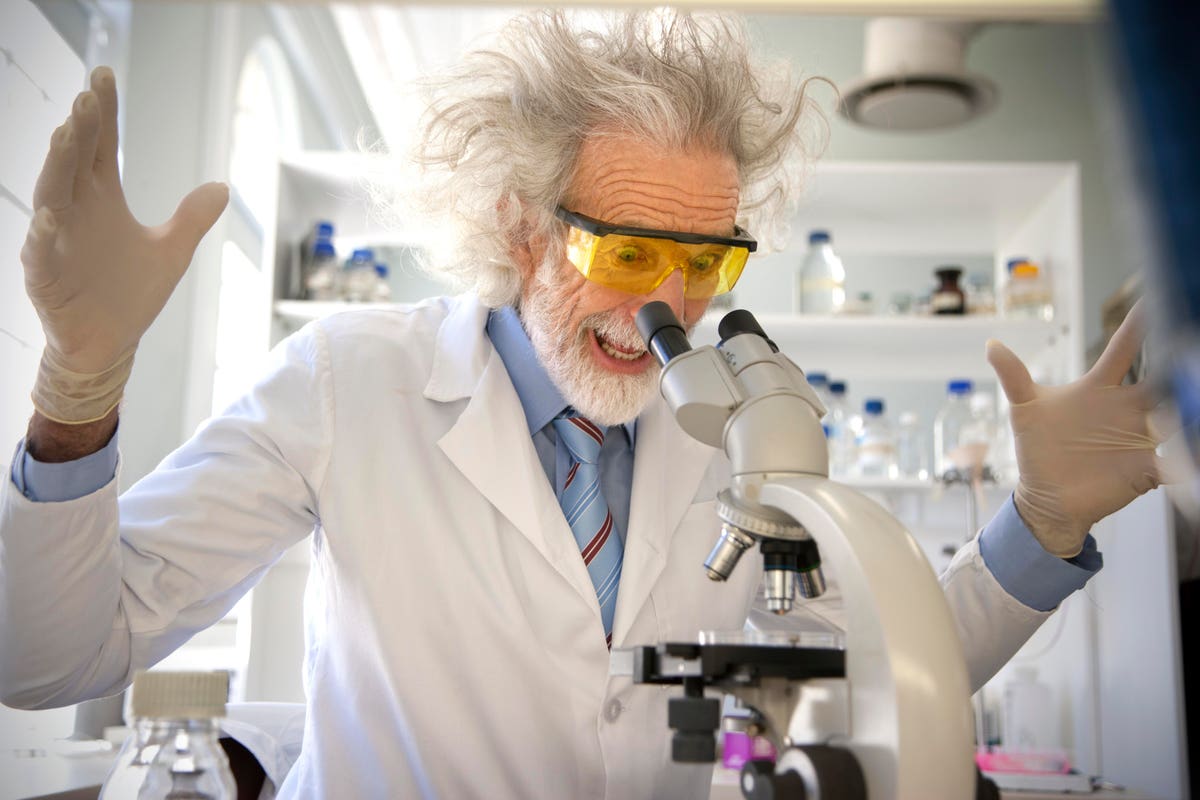 Earlier this month, the editors of Scientific American, published an all-out, endorsement of Joe Biden for President—something unprecedented in the journal’s 175 year history. Then, last week, all of the New England Journal of Medicine’s editors signed a scathing review of the Trump administration’s handling of the COVID-19 emergency, calling for Trump to be voted out of office.

In truth, both editorials offer several valid criticisms of the administration on scientific grounds. And to be clear: The present article is not making any counter-endorsement of Donald Trump—far from it.

Rather, we pose an important question: Are high-profile scientists crossing a dangerous line by using their trusted platforms to influence the election? Based on behavioral science, we believe they are and their actions come at the risk of diminishing the public’s trust in scientific objectivity.

A long literature in behavioral research suggests people place more credence on arguments or statements said to be supported by science. In that connection, scientists are exalted by the public and even given extra validity when their listeners are under stress or in a state of fear.

The net effect of such biases and perceptions is that scientists are often given undo public trust; yet, in places where a scientists’s assertions are preliminary, inconclusive or outright wrong, the public follows their lead, nonetheless.

The problem is that scientists are often wrong.

In fact, a long-term study indicates that over 70% of scientists are unable to replicate the results of their peers. Moreover, scientists are experts in science—but not necessarily in politics, business, sociology, psychology or many of the practical matters that concern everyday people.

Thus, when a scientific recommendation runs directly counter to other concerns, policy-makers must balance scientific conclusions—which, in some cases, might be in definite—with public demands, which are often definite.

Yet, the editors of these journals seem to ignore their potential for fallibility. The controversies surrounding the use of masks and social isolation against COVID-19, are cases in point.

In explaining why the editors felt it necessary to publish the unprecedented editorial, for example, the New England Journal of Medicine’s editor-in-chief, Dr. Eric Rubin, said: “…masks work. Social distancing works. Quarantine and isolation work. They’re not opinions. Deciding not to use them is maybe a political decision but trying to suggest that they’re not real is imaginary and dangerous.”

But several of those assertions aren’t true and, in the earlier part of the year—when governments around the world needed to make public health decisions—the effectiveness of many of these measures was not “known” with certainty, as Dr. Rubin asserts.

For example, in a public statement made on March, 30th, WHO executive director of the emergency services program, Dr. Mike Ryan said: “There is no specific evidence to suggest that the wearing of masks by the mass population has any potential benefit. In fact, there’s some evidence to suggest the opposite in the misuse of wearing a mask properly or fitting it properly.”

In other words, masks might work for certain individuals under certain circumstances, but not necessarily for all persons, in general circumstances. That qualifier is important, since the Surgeon General, Dr. Jerome Adams, was maligned for urging the public not to buy masks following WHO suggestions.

Dr. Adams didn’t recommend against masks because he believed definitively they they didn’t work. Rather, he wanted to avert a crisis that might occur if people hoarded masks and poorer people who might need them would lack access (like we saw develop later with toilet paper under lockdowns).

Moreover, even the effectiveness of social isolation measures at stemming the pandemic is not “known” or universally accepted among scientists.

Just 3 days ago, WHO official Dr. David Nabarro, was quoted in an interview as saying: “We in the World Health Organization do not advocate lockdowns as the primary means of control of this virus…The only time we believe a lockdown is justified is to buy you time to reorganize, regroup, rebalance your resources, protect your health workers who are exhausted, but by and large, we’d rather not do it.”

Indeed, long before COVID-19, other scientists confirmed that social isolation could cause a myriad of mental health issues. And a followup NIH study further confirmed the dangers of forced isolation for COVID-19 and its negative impact potential on overall health.

In other words, public health measures, as well as all policy measures, have externalities that administrators have to consider when implementing them. Those policy and administrative decisions cannot be solely informed by science, especially since that science—during a crisis—might be inconclusive, lacking in generality or simply wrong.

Thus, even if solid arguments can be made that Mr. Trump and his administration made stupid decisions that were detrimental to the American public over the last several months—and some arguments can perhaps be made for this—that does not suggest the administration was wrong not to have blindly followed the recommendations of scientists.

By reverse token, taking a partisan stance only undermines scientific credibility and gives way to the public accepting fake news and pseudo-science. The public lost trust in journalism, for example, had much to do with the media companies endorsing politics candidates, in essence, fueling the popularity of “fake news”.

Scientists make this even worse by their arrogance. For example, to argue scientists possessed some perfect solution to the pandemic that would have saved lives and eliminated COVID-19—had President Trump only listened to them—is not only counterfactual, it’s outright hubris.

Yet, it’s this tacit narcissism and chauvinism in the journals’s editorials that are most disturbing.

For example, the New England Journal of Medicine editors have these wonderful things to say about themselves: We have enormous expertise in public health, health policy, and basic biology and have consistently been able to turn that expertise into new therapies and preventive measures. And much of that national expertise resides in government institutions. Yet our leaders have largely chosen to ignore and even denigrate experts.

In 3 sentences, the scientists use the root word, “expert,” 4 times. Clearly, they want to make sure everyone reading knows they are experts. At the same time, they make it clear that everyone who disagrees with them are incompetent for not doing so.

Scientific American’s editors do a slightly better job of toning down their self-appreciation, but they compensate for it by catering to the Halo Effect that they seem to feel gives them license to conduct a sweeping political analysis that favors Joe Biden. However, their arguments are not based on Biden having some particular connection to science or a scientific background. Rather, they suggest Mr. Biden promises to listen to everything scientists will tell him to do.

But that’s scary. Not because it’s Joe Biden, but because it suggests the scientists want to control both who is in the public office and what those people do once they get there.

In promoting such thinking, they lean in to the psychological misconception among the public that they are infallible, important, all-knowing experts. Armed with something of a “God Syndrome,” they want officials to weigh the scientists’s public health objectives over the other “petty” concerns of voters—such as economic survival.

Indeed, if voters do weigh those objectives as most important, they’ll reflect it in their voting. But to suggest voters who care about such objectives must necessarily agree with the scientists’s private, political views, is a stretch.

In behavioral science, the editors insisting on this seems symptomatic of something called bounded ethicality. It’s a mental hangup where one believes the ends justifies the means in the eyes of a narrowly conceived goal—to the exclusion of other objectives. In other words, because of tunnel vision, a personal goal becomes an “ethical” pursuit that blinds a person to the compromises of other, perhaps more truly ethical goals.

For example, the goal of these editors is the bringing down infection rates and they certainly see that as ethical. But that requires people do exactly as they tell them to do: which could compromise other goals those people value more than reducing the risk of infection. For example, in the eyes of many observers, mental health, companionship, athletic and even religious interaction—not to mention social civility—are goals they might value over mildly reducing the chances of infection.

But again, if it turns out the American public decides infection rates are more important, that public should be able to make that decision without undo influence by scientists trying to force it as a priority.

And that’s kind of the point. The scientists seem unable to appreciate that beyond their narrow, scientific concerns and limited field of expertise, lay human beings with a range of social, political, psychological and economic concerns about which those scientists could be ignorant.

The problem is that we’ve been down this road of scientists shaping policy by offering something of a Hobson’s choice, and it ended ugly.

Indeed, towards the late middle of the 19th Century, Charles Darwin and Francis Galton laid the groundwork for modern, scientific racism by arguing racial inequalities were endemic. Galton, in particular, coined the term, eugenics, and framed it as a solution to what he felt was a nagging problem: racial differences among people.

Galton recommended selective human breeding, sterilization and, if possible, even genocide, to ensure “inferior” races were bred out or eliminated over time. But, while preposterous to most scientists today, the vast majority of prominent scientists in the US and Europe took to eugenics. Through chauvinism, they made it an almost mandatory idea that required inclusion in all policy and education of the time.

Thus, through the support of top politicians, industrialists and socialites, such as President Woodrow Wilson, Andrew Carnegie and Margaret Sanger—the latter of whom founded Planned Parenthood to implement forced sterilization programs—think-tanks on eugenics were born.

Moreover, prominent organizations, such as the American Association for the Advancement of Science (AAAS) funded what was known as The Eugenics Research Association; the first to do human experiments, forced sterilization, etc.

Indeed, it wasn’t until 1935 that a government commission determined eugenics was pseudo-science, and withdrew its funding. But by that time it was too late.

The “scientific” work, so widely accepted by “experts” and supported by partisan politics for the preceding 50 years, had given a scientific-looking foundation to the genocidal campaigns of Nazis. Moreover, it not only led to the extermination of tens of millions of Slavs, Jews and Roma in Europe, it shaped the nation’s segregation and Jim Crow Laws even earlier and throughout the century, effectively creating the massive wealth gap in the US in the process.

In short: scientific chauvinism supported a series of the worst atrocities in modern human history and seeded many of the social problems America still contends with today.

For that reason, it seems unlikely a return to a public policy model—where scientists lead policy shaping—will end any better.

Indeed, eugenics is re-emerging in scientific circles, though it still lacks genuine scientific support. And, in an era of fake news, that’s concerning. Unfortunately, people will believe in pseudo-science as long as they lack genuine science that offers answers and that isn’t biased itself. The only way for that to happen is if scientists can regain the public trust by staying out of politics.