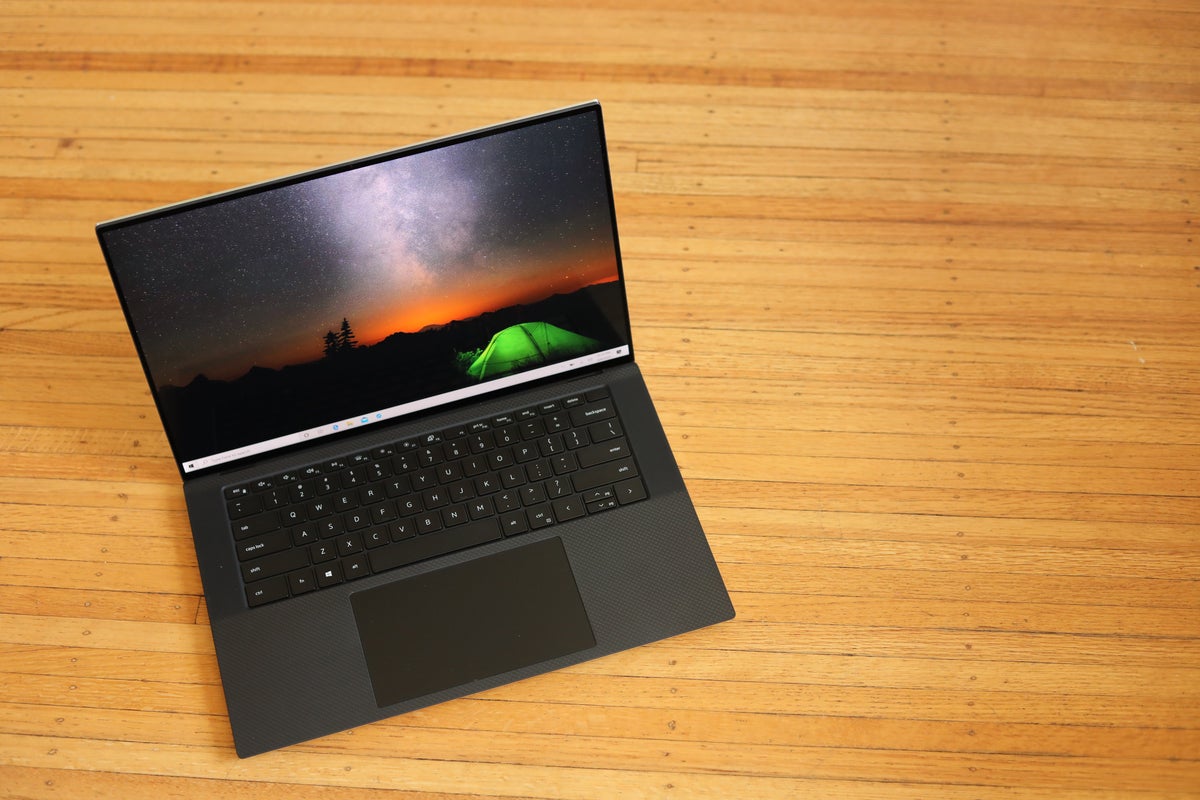 With 300Hz panels, real-time ray tracing, and 8-core CPUs, gaming laptops today are leaps and bounds better than they were just five years ago—except for one area: sound quality.

In fact, after working our way through gaming laptops from just about every PC vendor you can name, the only thing we can conclude is that gaming PC laptops just don’t care about PC audio. Sure, they’ll put a sticker on the laptop’s body proclaiming, “Audio by X,” but our ears don’t lie: They’re almost all subpar.

Before we get too far down this blame game, we’ll note that larger gaming laptops generally don’t suffer this fate. But by larger laptop, we speak of Acer’s brutal 10-pound. Predator Helios 700 or Alienware’s 8-pound Area 51m. Both laptops are huge desktop replacement models.

Our beef is with 15.6-inch and 17.3-inch “thin and light” laptops—the most popular segment of gaming notebooks.

Laptop makers are basically racing to create the lightest, thinnest, and fastest laptops possible. That’s already an impossible mission, but once you add in high-refresh panels, mechanical keyboards, long battery life, and ports galore, the to-do list of every gaming laptop maker in the world starts getting pruned. Sound, unfortunately, is the one feature almost everyone cuts.

Mentioned in this article

Sure, you think that’s just a bunch of marketing hooey we’ve long been fed by manufacturers who believe seeing a sticker sells hardware (and it usually does). But the XPS 15 9500 really is a standout. I actually preferred to listen to music on the XPS 15 9500’s speaker system, rather than using a portable Bluetooth speaker with my phone.

The laptop tracks your head

One XPS 15 9500 audio feature that I’ll describe as interesting, but not quite all there, is the Waves Nx head tracking feature. The company touts it as transaural playback, which is a fancy way to say algorithms filter and shape positional audio over the speakers to trick your brain into thinking a sound is behind you.

What’s different about the Waves Nx implementation in Dell’s laptops is the spatialization algorithms, which are tied into the XPS 15’s and XPS 17’s webcams. When you play a sound that is supported by the Waves NX speakers and shift your head slightly, the audio tracks your head to keep the 3D effect sound focused on your head’s actual position.

Basically, the Dell XPS 15 and XPS 17 watch your head, then tries to move the sound with your head rather than have you move out of the sweet spot, which would spoil the surround-sound nature.

That’s the theory, anyway. While it does work sometimes, we found the laptop would lose our head position if we moved too far to the left or right, and it sometimes simply stopped tracking us. You know it’s working because the laptop’s webcam “in use” indicator is lit up, but unless you have the Waves Nx application open, you can’t tell whether it’s lost your head location. We also found that attempts to keep the sweet spot focused on our head would occasionally nudge the sound out of phase.

It’s clear the technology has promise, but it’s not quite fully baked. Still, playing music or videos on the Dell XPS 15 9500 was a 95-percent improvement over the sound in basically every gaming laptop we’ve seen in the last five months, even with the fancy head-tracking turned off.

’Gamers wear headphones’ is no excuse

Listen, we understand that on every gamer’s shopping list it’s GPU, CPU, RAM, SSD, cooling, keyboard, and RGB LEDs. Speakers aren’t top of mind. But gaming laptops sound so bad it’s worse than an afterthought—it’s a detriment. All PC vendors have to say is that gamers use headsets, basically giving us a “whadda you want me to do about it?” look

It’s just too bad, because we’re very much at a loss over how a thinner and lighter laptops easily outmaneuvers just about every gaming laptop we’ve seen this year when it comes to sound. Get on the Dell XPS 15 9500’s level, folks.