We All Need Space. 11 Sublime Images From ‘Astronomy Photographer Of The Year’ That Will Make You Gasp 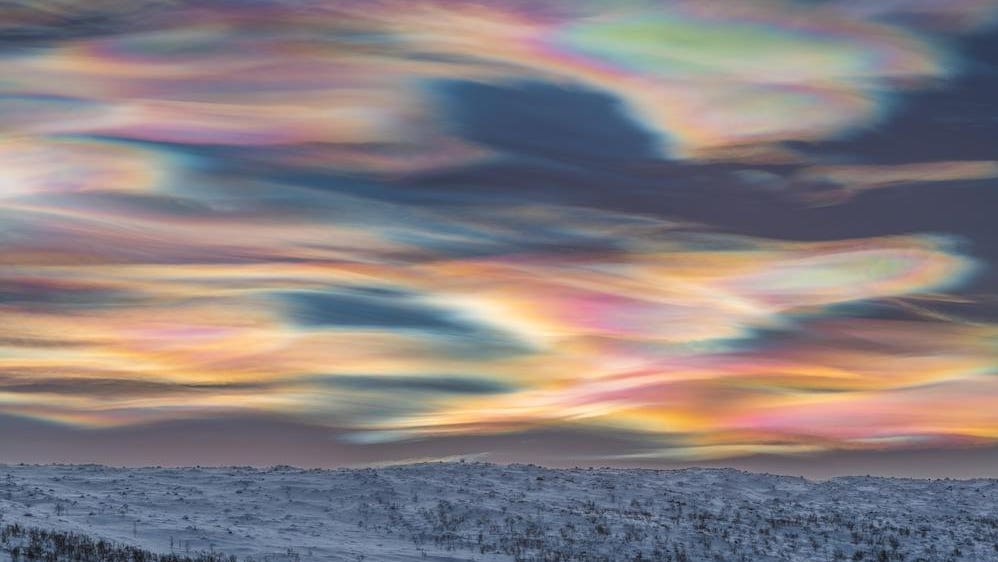 Need some inspiration? Last week the Royal Observatory Greenwich’s title of Insight Investment Astronomy Photographer of the Year 2020 was handed out, and with it came a collection of space photos to leave us all dumbfounded.

Cue some truly innovative an unexpected captures of galaxies, nebulae, planets, the Moon and even SpaceX satellites.

The overall wining image was this one (above) from French photographer Nicolas Lefaudeux, which beat thousands of amateur and professional photographers from around the globe to win the $13,000 top prize. His image takes pride of place in the exhibition of winning photographs opening at the National Maritime Museum on 23 October 2020.

“To most of us, our closest neighbouring galaxy Andromeda can also feel so distanced and out of reach, yet to create a photograph that gives us the impression that it is just within our physical reach is truly magical,” said competition judge Ed Robinson.

However, it wasn’t an easy competition to judge this year. “The global situation made judging and shortlisting extremely challenging this year, particularly with judges spread across different countries,” said Dr Emily Drabek-Maunder, Astronomer at Royal Museums Greenwich and judge for the competition. “However, the photographs have exceeded our expectations and the innovation demonstrated by the entrants has been phenomenal.”

Lefaudeux’s incredible image scooped the overall prize, but also took the title in the “galaxies” category.

Here are the rest of the incredible category winners:

“On a journey to Norway the Northern Lights unexpectedly appeared with her magical green clothes making the whole sky burn with green, blue and pink colours.”

Our Moon: Tycho Crater Region with Colours by Alain Paillou

“Solar minimum may be seen as a quiet Sun and deemed dull in white light, but if you look closely at the small-scale structure, the surface is alive with motion. This surface is about 100 kilometres thick and the ever-boiling motion of these convection cells circulate, lasting for around 15 to 20 minutes. They are around 1,000 kilometres in size and create a beautiful ‘crazy paving’ structure for us to enjoy.”

People and Space: The Prison of Technology by Rafael Schmall

“The star in the centre of the image is the Albireo double star, surrounded by the trails of moving satellites. How many more might there be by the time we reach next year’s competition? There could be thousands of moving dots in the sky.”

Planets, Comets and Asteroids: Space Between Us by Łukasz Sujka

“This image shows the really close alignment of the Moon and Jupiter that happened on 31 October 2019 … this small project is a big challenge that involves a lot of luck and good seeing conditions. I wanted to show the huge emptiness and the size of space.”

“Polar stratospheric clouds are something the photographer has been searching for many years and had seen only in photographs until that day. The clouds slowly changed their shape and colours. It was like watching someone painting, especially when the Sun was lower – it started to get a darker orange and the pink shades became stronger.”

“NGC 3576 is a well-known nebula in southern skies, but is shown here without any stars … the image is intended to reflect media images taken in Australia during 2019 and 2020, where massive bushfires caused the destruction of native forests and have claimed over 12 million acres of land.”

Young competition: The Four Planets and the Moon by Alice Fock Hang

“Photographing a planetary alignment requires rigor and patience but also a lot of luck. The magic started after sunset, where the moonset, Venus, Mercury, the star Antares, Jupiter and Saturn could be seen over the Indian Ocean. Note also the presence of Alpha Centuari on the left of the image as well as our immense galaxy, the Milky Way.”

“The image shows the central region of the California Nebula (NGC 1499). It tries to show the uncontrollable vast energy of nature, in a form which resembles the huge waves of a storm in the ocean.”

“Dark River is a sculptural work that maps, or mirrors, the Milky Way celestial entity using one of the largest images ever made of its central areas. This gigapixel image of the Milky Way, showing around 84 million stars, is reworked into a sculptural ‘affective space’ that affords a bodily and imaginative engagement with the viewer. The image was obtained with the VISTA survey telescope at ESO’s Paranal Observatory in Chile and contains nearly nine billion pixels.”