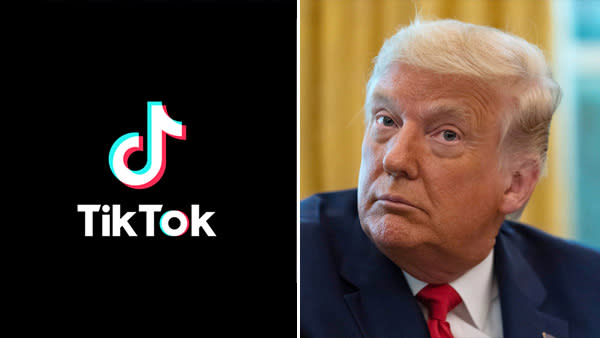 Wall Street is warming to a TikTok deal despite a continued lack of clarity, happy to keep a popular, fast-growing advertising platform humming along and skirt a brewing tech cold war between the U.S. and China.

“This will be a relief to technology investors to have this high drama soap opera now in the rear view mirror,” said Daniel Ives, an analyst at Wedbush Securities. He called the deal “a huge strategic win” for TikTok. “The company was facing the prospects of a forced sale or shutdown and now instead gets Oracle as a technology and strategic partner.”

As for Oracle, CEO Ralph Ellison will gain a new partner on the infrastructure and cloud front where it has trailed the likes of leaders Amazon and Microsoft, Ives said. Microsoft was the initial bidder for TikTok but was passed over in favor of investments by Oracle and Walmart.

Shares of both of companies nosed higher Monday in a dramatically down day for markets. Oracle closed up 1.8%, Walmart up 1.3%.

There’s still ongoing confusion over how the agreement will be structured. President Donald Trump insists the new TikTok Global be majority-U.S. owned. And some of his statements muddy the waters, like his recent claim at a North Carolina rally over the weekend that a pact include a $5 billion fund to “educate people” about the “real history of our country” — part of the President’s recently stated desire to promote a “pro-American” curriculum in schools.

The amount is the same as the $5 billion Oracle said a new U.S.-based TikTok Global would pay in tax dollars to the U.S. Treasury. It didn’t give a time frame, but even for a large company that would be over a number of years.

Oracle is slated to acquire 12.5% and Walmart 7.5% of the new entity, less than majority control. The idea is that U.S. investors in TikTok’s Chinese parent ByteDance, a handful of private equity firms, are expected to push the total stake above the 50% mark. The deal is said to value TikTok at $50 billion-$60 billion and calls for an initial public offering in about 12 months.

RBC software analyst Alex Zukin told CNBC that TikTok’s engagement – number of users and time spent on the platform – is so hard to replicate that he thinks its value could skyrocket over time, to $100 bilion-$200 billion. TikTok said in August it had more than 100 million monthly average users and 50 million daily average users in the U.S.

Walmart, whose CEO will have a seat on the TikTok Global board, had been pushing to be part of the transaction and analysts are upbeat about the investment, saying TikTok’s user base will give it a beachhead against rival retail giant Amazon.

“Walmart will bring its omnichannel retail capabilities including its Walmart.com assortment, eCommerce marketplace, fulfillment, payment and measurement-as-a-service advertising service,” the giant of Bentonville said in its statement. While Oracle is basically entering a tech-service deal and equity investment, Walmart is likely to have more of an operating role, surmised one ad-industry expert.

A deal is great for U.S. marketers, he said, helping “solidify the role of an emerging, scaled digital media owner with a capacity to continually and successfully invest in itself.”

Valuation around an eventual IPO could become an issue down the line. Press report over the summer valued TikTok at about $50 billion. The current agreement is said to value the video sharing app even higher, at about $60 billion. That’s said to be significantly greater than what was contemplated in the original Microsoft deal. It’s also out of whack with TikTok’s closest competitors, he said. As of Monday, Snap had a market cap of $36 billion and Twitter $30 billion. Tiktok is growing faster than Snap, probably its closest competitor, but has half the revenue and higher costs, he said, and with consensus on Snap looking for $2.2 billion in revenue this year, the insider said TikTok might  generate half that. It doesn’t release financials.

That means rapid growth in users, usage and revenues next year will be key “in justifying an IPO at a similar or higher valuation that the [TikTok] business has at present,” he said.

TikTok would also presumably be tied to Oracle and less able to shop for alternative tech vendors, he added. Snap, for instance, outsources much of its technology infrastructure to Google and Amazon.

Bytedance will reportedly continue to own the code that drives the company, which confuses some deal watchers. TikTok is global and has a hugely popular Chinese version called Douyin.

Trump over the weekend said he’d given his blessing to the deal.

It still needs formal approval by the U.S. Committee on Foreign Investment, and by the Chinese government.

The U.S. Commerce Department under Secretary Wilbur Ross on Friday had announced that as of Sunday — yesterday — Google and Apple would remove TikTok from their app stores pending the agreement. In the same communique, Ross banned funds transfer and payments app WeChat, which is owned by another Chinese multinational, Tencent Holding. A judge in California halted the government’s WeChat order early Sunday.