VGT: Technology Is Tumbling, A Look At The Bull And Bear Case (NYSEARCA:VGT) 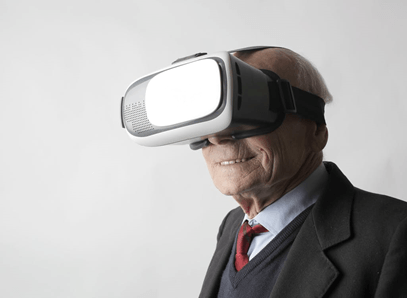 In late June I wrote, “VGT: Irrational Exuberance Dominates The Technology Rally” which delved into the growing irrational exuberance that has caused technology companies to rise to extreme valuations. The core bearish thesis is that many newer investors have bought their favorite technology brands with their excess savings stemming from COVID-caused spending reductions.

Indeed, valuations in technology stocks are at an extreme. The technology ETF (VGT) trades at a weighted-average “P/E” ratio of 36X which is well-over twice as high as the long-term average valuation for equities. These technology giants may continue to see strong growth, but it would take extreme growth to justify this valuation. Considering the weak economy and the growing number of layoffs in the technology space, doubts regarding growth expectations are reasonable.

Most technology companies are slightly higher than they were when the article was published, but VGT has declined by about 13% this month. This begs the question, is the “peak” in? Let’s look at the evidence for and against this idea.

Technology Valuations Are High, But Growth Is Too

First, many technology investors believe that it is good to buy tech stocks simply because technology is an ever-growing part of our lives. Even if this is true, we must consider that a stock can decline in the face of rising earnings/sales if valuations assume irrational growth levels. At the end of the day, a company is worth the discounted value of its future cash-flows.

As mentioned in the article, the bulk of VGT’s assets are in Apple (AAPL) (23% of assets) and Microsoft (MSFT) (17% of assets) meaning these two companies currently account for 40% of VGT’s holdings. In order for VGT to be fairly valued, AAPL and MSFT must see significant growth. Both companies trade at “P/E” ratios around 35X and have relatively stable operating profit margins.

The Russell 2000, which excludes large technology giants like AAPL and MSFT, currently trades at a weighted-average “P/E” ratio of 15X which also happens to be the S&P 500’s mean valuation over the past 150 years. Assuming constant margins, this means AAPL and MSFT must grow their revenue (and thus earnings) by 130% over the next few years in order for them to be trading at a similar/’fair’ valuation. Analysts do expect Apple and Microsoft to nearly double its EPS and revenue by 2030 which would essentially accomplish this.

With the development of new products that are attractive to consumers and expansion into Asia, technology giants may be able to double their revenue again. Personally, I believe this is unlikely considering the growing anti-trust court cases which threaten the revenue of Apple and all other major technology companies. Secondly, growing competition from Asia and an impending decline in consumer spending abilities due to the weak economy threaten the technology giants’ strong margins and expansion potential. Still, such growth is possible.

Deflation is Good For Technology Stocks

To demonstrate, take a look at the inflation-breakeven rate and the 20-year Treasury ETF (TLT) compared to the relative performance ratio of VGT to the Russell 2000 ETF. As you can see, declines in inflation cause TLT to rise, and the outperformance of technology is closely tied to long-term bond prices:

As you can also see, inflation has reversed course in recent weeks which may mean that long-term bonds will rise (and rates will decline). If so, the ‘fair-value’ of technology stocks should rise, meaning they may continue to outperform other equity indices.

Of course, there is also related the argument of quantitative easing and the “Fed Put”. The Federal Reserve has drastically slowed its pace of money-creation in recent months, but the fact remains that it is possible they will buy stocks in case of a large market sell-off. To many, this makes stocks seem like a ‘risk-free’ bet. I would argue it is partly this belief that has caused equities to rise to such extreme valuations, meaning the impact of future Q.E may already be priced in.

Has the Trigger Been Pulled?

Overall, one can justify technology companies’ high valuations either through high sales growth or lower interest rates (or both). Still, it is not easy as most of the evidence suggests technology companies are in a classical bubble fueled by excess liquidity, not fundamentals. Indeed, many technology stocks are rising while their earnings (and future earnings expectations) decline.

Thus, the key question for bears is whether or not that excess liquidity will fade? This too is unclear. As you can see below, periods of high investor cash allocations (notably, 2012-2014, 2016, early 2019, and April 2020) usually proceed strong yearly performance for VGT while periods of low cash (2015, 2018, late 2019) often proceed poor performance:

Most investors actually have quite a bit of cash in their account today with the average having about 20% of their account in cash. While I remain bearish on technology, there is more money on the sidelines that could buy these stocks.

Of course, there is also the options market to consider. Options speculation create high leverage and as explained recently in “The 10 Most Beaten-Up Technology Stocks This Month” there has been an extreme increase in call option speculation on technology stocks. Even for VGT, option premiums recently rose in the face of strong performance which is signals a ‘gamma short squeeze’.

This is fundamentally similar to the 2018 VIX blow-up ‘Volmageddon’ which saw the short VIX strategy ETFs decline 90%+ overnight. The only difference is that there appears to be a greater option/volatility speculation today, the economy is considerably weaker, and valuations are considerably higher. Personally, I believe this could quickly trigger a wave of option margin calls which caused stocks (particularly technology stocks) to rapidly decline.

This is supported from a technical standpoint. Both VGT and the popular Nasdaq ETF (QQQ) have declined below their September short-term support level. Many see this level (270 on QQQ) as a key support level for dip-buyers. Now that equities have passed below that level and have failed to definitively return to it, a wave of selling pressure may come. This will likely be a mix of profit-taking and margin calls. See below:

Of course, if equities decline much more I suspect there will be a wave of buyers looking to front-run the Federal Reserve in the belief they will buy equities. First, the Federal Reserve is not necessarily allowed to buy equities, but anything is possible these days. Still, technology stocks are up by around 20% this year while the GDP is down by double-digits so doing so may seem like an unnecessary corporate bailout that would not resonate well with voters (only 55% of Americans own stocks). There is also a growing group of dissenters in the Federal Reserve who are concerned stimulus policy is causing excess risk-taking among investors.

There are valid ways one could justify sky-high valuations and performance in technology stocks. However, fundamentally speaking, for technology stocks to make new all-time-highs, expected growth rates would need to rise to even more extreme levels or yields would need to turn negative. Of course, many investors have significant cash reserves today, so equities could rise further without fundamental support. Still, without that fundamental support, they will decline eventually.

On the other hand, liquidity may be on the decline. Congress and the Federal Reserve are less keen on supporting financial markets than they were in March. Unemployment remains high and many households and small businesses are expected to find themselves bankrupt soon unless the economy is quickly repaired. If so, corporate earnings will decline more than is currently expected and many will be forced to sell stocks in order to make ends meet. Lastly, a boom in options market speculation is now a bust which puts a break on that source of liquidity.

Overall, there are quite a few important bearish catalysts for technology stocks. This does not necessarily make them short opportunities since the situation could reverse with dip-buying activity. That said, high valuations and a continually poor economic environment make technology stocks very risky today. For now, I am happy to be on the short side of the technology trade and expect VGT (and the Nasdaq 100) to continue lower.

If you’re looking for (much) more research, I run the Conviction Dossier here on Seeking Alpha. The marketplace service provides an array of in-depth portfolios as well as weekly commodity and economic research reports. Additionally, we provide actionable investment and trade ideas designed to give you an edge on the crowd.

As an added benefit, we’re allowing each new member one exclusive pick where they can have us provide in-depth research on any company or ETF they’d like. You can learn about what we can do for you here.

Disclosure: I am/we are short AAPL. I wrote this article myself, and it expresses my own opinions. I am not receiving compensation for it (other than from Seeking Alpha). I have no business relationship with any company whose stock is mentioned in this article.