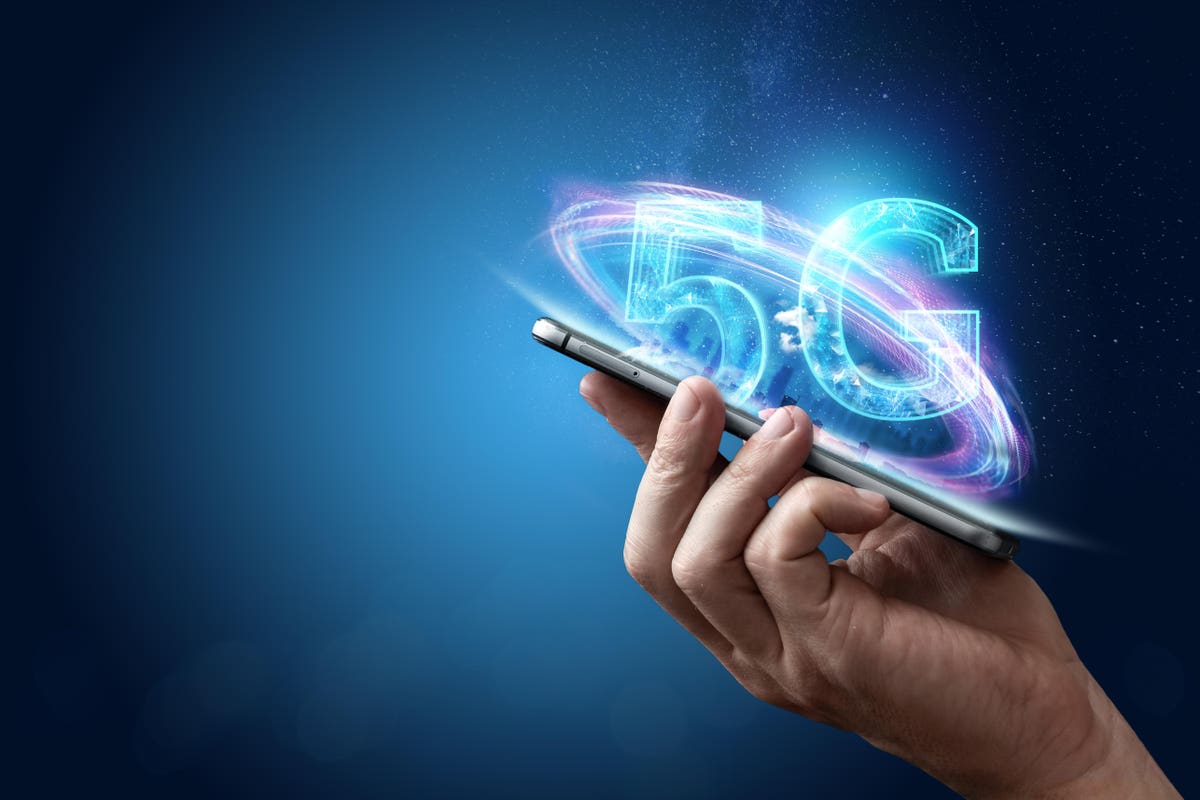 Less than a week before the launch of what’s widely expected to be the best-selling 5G phone to date, US telco carriers are in a bit of an interesting dilemma. The problem is that several recent articles in places like PC Magazine and the Washington Post have reported that real-world 5G performance and coverage is significantly worse than many hoped for and expected.

In fact, in several cities around the country, tests showed that 5G performance was actually worse than 4G—certainly not what we were all promised, nor what eager new iPhone 12 owners are going to want. (It is, however, a topic I discussed nearly a year ago in a column called “How Fast Will 5G Really Be?”) In order to better understand what was causing some of these issues, I spoke with some of the key network architects at AT&T, T-Mobile and Verizon to better understand the situation and get a sense of where things are going.

As you might expect, the answers they provided varied quite a bit, in large part because each of the carriers is applying a different strategy and a different set of spectrum assets to building out their 5G networks. I’ll dive into the details in a bit, but in short, the move from 4G to 5G is extraordinarily complex and that’s making the transition a bit bumpier than we had initially been promised. The number of network infrastructure equipment elements that have to be put in place, the amount of configuration that has to be done to them, and the reality of where certain technologies are versus where we had been led to believe they might be, have all contributed to the current reality of what is best described as “getting there” 5G.

In spite of the many technical and logistical challenges, however, the news is not all bad—far from it. As telecom industry association 5G Americas just reported at their annual analyst event, 5G adoption in the US, Canada and Latin America is significantly outpacing the rate at which 4G was when it was first introduced. There are also many more 5G networks in place at this point in its evolution than there were 4G networks at a similar point in its development. On top of that, improvements in 5G network performance are literally occurring on a daily basis. In fact, were the exact same tests run today in the same locations that led to the initially disappointing results, in most cases, the performance would be much better.

Why? Well, no carrier did (or even could) admit or acknowledge it, but it seems pretty apparent that they’ve all been focused on getting themselves ready for a 5G-capable iPhone (which the iPhone 12 is widely expected to be). Everyone in the industry understands how important the launch of a 5G iPhone is. No disrespect to vendors like Samsung, Motorola, LG and others who already have multiple 5G-capable offerings, but it’s the 5G iPhone that will bring the new network technology to the mainstream, particularly in the US. As a result, there’s been a great deal of effort to work out the kinks and get some key technologies in place.

In AT&T’s case, for example, it turns out that many of the “slower than 4G” results on its network were due to a combination of factors that they’ve been working quickly to address. One of them was a software configuration issue in the network equipment from one of their providers that was unwittingly limiting the amount of data that could be sent over the 5G portion of their network by “starving the scheduler”. While it’s fair to argue that a company like AT&T should have been able to see and find these issues sooner, it’s also clear in discussing some of the performance issue details with all the network architects that the technology being deployed for 5G is extraordinarily complex. As a result, these kinds of issues can happen. Plus, it’s still early days for the network equipment vendors and virtually everyone involved is learning as they go.

Another issue for AT&T that also had an impact on some T-Mobile results is the amount of channel bandwidth available for what’s called low-band 5G service (850 MHz in the case of AT&T and 600 MHz for T-Mobile—see “The 5G Landscape, Part 2: Spectrum and Devices” for an explanation of radio spectrum and transmission frequencies.) While it’s easy to think otherwise, there’s very little inherent difference in the speed capabilities of 5G radio signals vs. 4G ones. The reason 5G can be faster is that its signals can be carried over wider “pipes” than 4G signals can. In the early implementations of 5G in the lower frequency bands that AT&T and T-Mobile have focused on, however, the amount of data bandwidth allocated to 4G channels is typically wider than that made available for 5G signals, meaning 4G connections can be faster than 5G ones. After all, there are still way more users on 4G than 5G, so it makes sense to allocate more “lanes” to them. Over time, traffic patterns will shift and the “lane” allocations that carriers use will shift as well.

Another critical point to remember is that it’s not just the size of an individual data channel that matters. The way that carriers can really start to optimize their networks is through the combination of multiple channels using technologies such as Carrier Aggregation, Dual Connectivity, and others. These channel bonding techniques exist and have been highly refined in 4G networks and there also available for 5G networks. However—and this is a big issue that many people don’t realize—very few of these carrier aggregation/channel bonding technologies have yet to be used on 5G networks, for a number of different reasons.

Some of this has to do with the current state and spread of network infrastructure equipment (think about how large a job it is to update and/or install new radios and antennas on the roughly 400,000 cell sites that exist across the US), but some of it also has to do with limitations of current 5G modems. Qualcomm’s X55 modem—which is in virtually all existing 5G phones and will likely be part of Apple’s iPhone 12—does support aggregation of 4G and 5G channels, but it will take Qualcomm’s forthcoming X60 modem (expected to show up in phones starting sometime next year) to do aggregation of multiple different 5G bands.

In addition, there are a number of other technology enhancements, such as Dynamic Spectrum Sharing, or DSS, that have yet to be enabled (or have only been partially rolled out) by the larger carriers. DSS lets carriers use certain radio frequencies to carry both 4G and 5G signals at the same time, making it easier to enable 5G services over existing 4G spectrum. Verizon, for example, plans to eventually use DSS to extend its 5G coverage, while AT&T just started to deploy DSS in a limited fashion this summer.

Another big issue is 5G Standalone (SA) Mode, which many consider to be “real 5G” because it completely breaks the dependence on 4G network connections that the existing Non-Standalone (NSA) 5G networks currently have. T-Mobile recently enabled SA Mode across their entire network, extending the reach of their 5G coverage as a result, but neither Verizon nor AT&T have yet to do so (though both have started the process.) Leveraging DSS, turning on SA mode and enabling several other technologies are all considered part of what is commonly called network densification (see “How Will 5G Networks Get Faster? Densification” for more), a process that all the major US carriers are currently working on.

Yet another factor in performance results and coverage for 5G networks across the carriers is the type of frequencies, or radio spectrum, that each of them are using. For its part, Verizon is currently basing its 5G network solely on mmWave spectrum, which offers superfast performance, but extremely limited coverage and is highly prone to interference. Most people expect Apple to have iPhone 12 models that support mmWave, but it’s also likely that not all variations of the iPhone 12 will do so (the giveaway will be a Verizon-specific version of iPhone 12). Both T-Mobile and AT&T also have some mmWave spectrum in certain cities, but they’ve focused their efforts on what’s called sub-6 spectrum, most notably the low-band frequencies below 1 GHz. Again, it won’t be surprising to see Apple have a few models of iPhone 12 that only work with sub-6 5G (though this is a bit more controversial prediction).

Finally, unique to T-Mobile (thanks to their recent Sprint acquisition) is growing support for another flavor of sub-6 5G that’s commonly referred to as mid-band (using frequencies at about 2.5 GHz). Thankfully, because of how sub-6 works, any iPhone that supports sub-6 5G should work with both low-band and mid-band frequencies, meaning any of its iPhone 12 models should function right out of the gate on T-Mobile. Also remember that carrier spectrum usage is constantly evolving, so this time next year we’ll likely see all the carriers offering 5G coverage across more frequency bands.

In addition to specific network details, there are several other factors to bear in mind when looking at some of the disappointing early 5G speed tests. First, one of the little known and little appreciated facts about 5G phones is that they offer the best possible 4G performance that you can get. All 5G phones include modems that also support 4G and it’s virtually always the latest version of the 4G spec (sometimes called Cat24). Combine this with the fact that telco carriers have now optimized their 4G networks with all kinds of tricks and you can end up getting pretty impressive 4G performance on 5G phones if no 5G signal is present. Most relevantly, you’re almost certainly going to get better 4G performance on a new 5G phone than you would on the 12-24-month-old (or even older) 4G phones that most people still have.

As expected, the forthcoming iPhone 12 launch looks to be a strong motivator in getting US carriers to beef up their 5G networks. (It’s also going to introduce millions of consumers to the confusing, multi-flavored world of different types of 5G service, but that’s a topic for another day.) In fact, despite some of the disappointing early 5G network performance results in the US that recent reports have highlighted, I’m confident that by the time people can actually get 5G-capable iPhone 12s in their hands, the carrier efforts will have improved those results by a good bit. Yes, there’s certainly more improvements to be made, but as with many things in life, there’s nothing like a deadline to get things done. The best news is, not only will happy new iPhone 12 owners benefit from these changes, but so will everyone else who’s already made the jump to 5G.

Disclosure: TECHnalysis Research is a tech industry market research and consulting firm and, like all companies in that field, works with many technology vendors as clients, some of whom may be listed in this article.