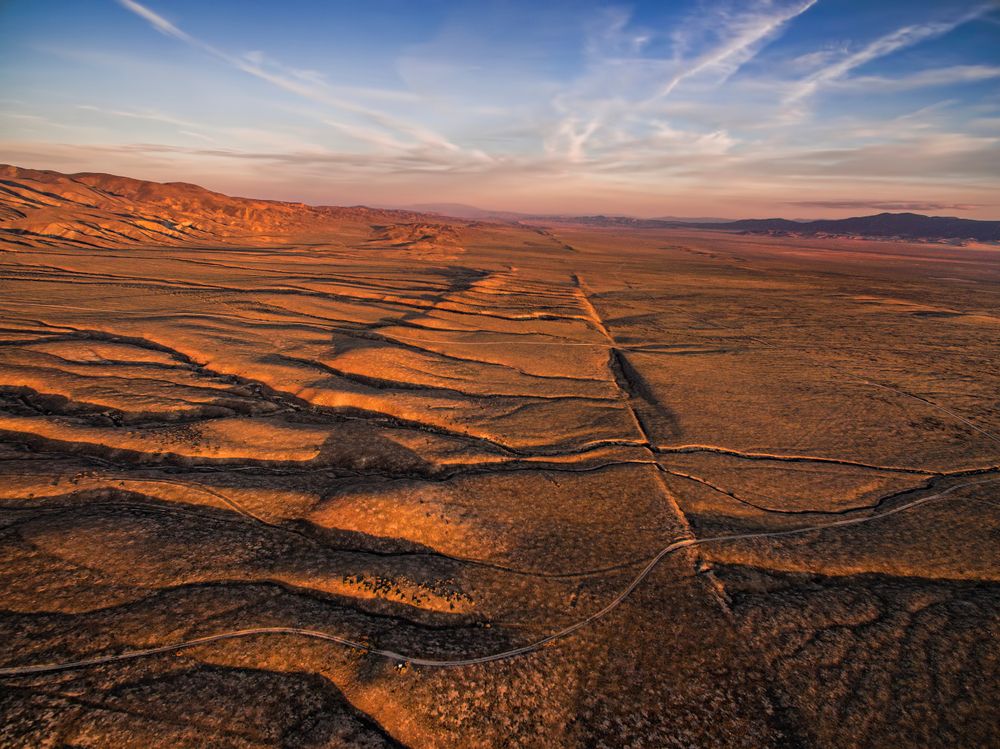 Along the San Andreas fault near the town of Parkfield, California, an incredibly sensitive array of seismic and GPS instruments has for years been detecting something strange: deep earthquakes that occur well below where most seismic movement occurs in California.

These quakes can’t be felt at the surface, but they’re intriguing because this same segment of the San Andreas near the town of Parkfield also shudders with magnitude-6 or so earthquakes every 20 or 40 years — strong enough to damage buildings and pose a danger to people nearby. And these deep tremors may be linked to the surface temblors.

Now, new research finds the root of these silent, deep quakes. They may occur when rocks sliding against each other more than 10 miles (16 kilometers) deep heat up (due to friction) enough to melt, which enables them to slide faster and cause tremors. These tremors may also redistribute stresses in a way that affects the crust above.

“There is a possibility that these tremors may play an important role for triggering larger earthquakes near the surface,” said Sylvain Barbot, a geophysicist at the University of Southern California, who led the research.

The mysteries of Parkfield

The San Andreas at Parkfield is perhaps the best-monitored section of the fault. Scientists began focusing on monitoring the area around Parkfield because of its relative predictability. They hoped to be able to make the first successful earthquake prediction on this section of the fault, a hope that was dashed in 1993 when the fault failed to repeat one of its magnitude-6 quakes on schedule. Instead, the fault snapped on Sept. 28, 2004, generating a magnitude-6.0 quake.

In 2004, researchers drilled into the fault zone to set seismometers 1.2 to 1.8 miles (2 to 3 km) deep to better detect the movements of the San Andreas. Along with GPS instruments that allow scientists to measure deformation of the ground that doesn’t create shaking — or aseismic movement — these instruments allow for detailed surveillance of the fault, even showing earthquakes that can’t be otherwise detected.

These tremors occur 10.5 miles (17 km) below the surface of Earth, more than a mile (2 km) deeper than seismic activity elsewhere in California.

“We’re studying these [small quakes] because these earthquakes occur every few months,” Barbot told Live Science. “So it gives us an opportunity to understand them with a lot of data, but these findings apply to understanding large earthquakes.”

Barbot and his colleague Lifeng Wang at the China Earthquake Administration in Beijing used a computer model to mimic the real-life fault and its movements. They found that temperature is a key metric in reproducing the regular, almost monthly, tremors deep beneath the fault. As the rocks slide against each other, they heat up and begin to melt. Depending on the type of rock, this melting occurs at between 1,100 degrees Fahrenheit and 1650 F (600 to 900 degrees Celsius).

The gooey rocks move more easily, generating even more friction, warming up even more and moving even faster. This positive feedback loop creates the deep earthquakes detected by the seismic monitoring. The researchers published their findings Sept. 4 in the journal Science Advances.

It’s possible that these deep tremors play a role in triggering the strong earthquakes that occur at the surface at Parkfield, Barbot said. The relationship may also work the other way around, with movement higher up in the crust helping to drive the deep tremors.

Barbot and his colleagues now hope to search for signatures of this melting in rocks that are now at the surface. If they can learn more about the rocks that are deep below the fault and what happens to them as they melt, the researchers may be able to improve their models and better predict how the San Andreas will behave.