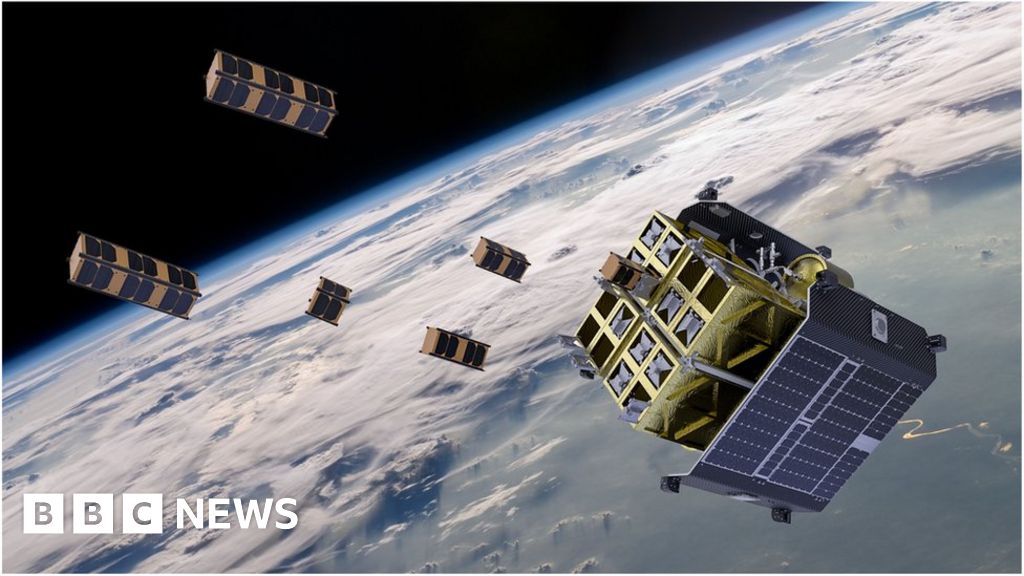 New approaches to tracking satellites and debris in orbit are to get a boost from the UK Space Agency.

UKSA is giving over £1m to seven firms to help advance novel sensor technologies and the smart algorithms needed to interpret their data.

With more and more satellites being launched, there’s growing concern about the potential for collisions.

A big worry is the burgeoning population of redundant hardware and junk in orbit – some 900,000 objects larger than 1cm by some counts, and all of it capable of doing immense damage to, or even destroying, an operational spacecraft in a high-velocity encounter.

The projects being supported by UKSA come from a mix of start-ups and more established companies.

The overriding goal is to improve ways to spot, characterise and track objects.

Ultimately, this is information which could be fed into the automated traffic management systems of the future that will keep functioning satellites out of harm’s way.

The funded projects include:

“We’ve known for a long while that the space environment is getting more difficult, more cluttered,” said Jacob Geer from UKSA. “Space surveillance and tracking is one of the key things we can do to keep safe those satellites we rely on now, and to make sure certain orbits don’t become inaccessible for future generations because there’s too much debris in them.

“We had 26 proposals come to us and I think we’ve selected a good cross-section of ideas in the seven companies we’re supporting,” he told BBC News.

While a lot of these projects are still at the lab stage, D-Orbit’s work is dedicated to pushing the capability of some of its hardware already in space.

The company recently launched a vehicle to carry and deploy a clutch of small satellites. This vehicle uses cameras to photograph its surroundings and to map the stars for the purposes of navigation.

D-Orbit has the idea of using the cameras’ imagery to also identify passing junk.

“One of the challenges in using star trackers is filtering out objects that are not supposed to be there – obviously, because you’re trying to compare what you can see against a star catalogue,” explained D-Orbit’s Simon Reid. “And, of course, it’s those extra objects which in principal are the things that are potentially debris.”

The funding announcement also coincides with the signing of a new partnership agreement between the Ministry of Defence and UKSA to work together on space domain awareness.

Both have valuable assets and interests in orbit that need protecting. And for the UK taxpayer, this investment was recently deepened with the purchase out of bankruptcy of the OneWeb satellite broadband company.

The UK government is now the part owner of one of the biggest spacecraft networks in the sky. OneWeb has so far launched 74 satellites in its communications constellation, with plans to put up thousands more.

Business Secretary Alok Sharma said: “Millions of pieces of space junk orbiting the Earth present a significant threat to UK satellite systems which provide the vital services that we all take for granted – from mobile communications to weather forecasting.

“By developing new AI and sensor technology, the seven pioneering space projects we are backing today will significantly strengthen the UK’s capabilities to monitor these hazardous space objects, helping to create new jobs and protect the services we rely on in our everyday lives.”