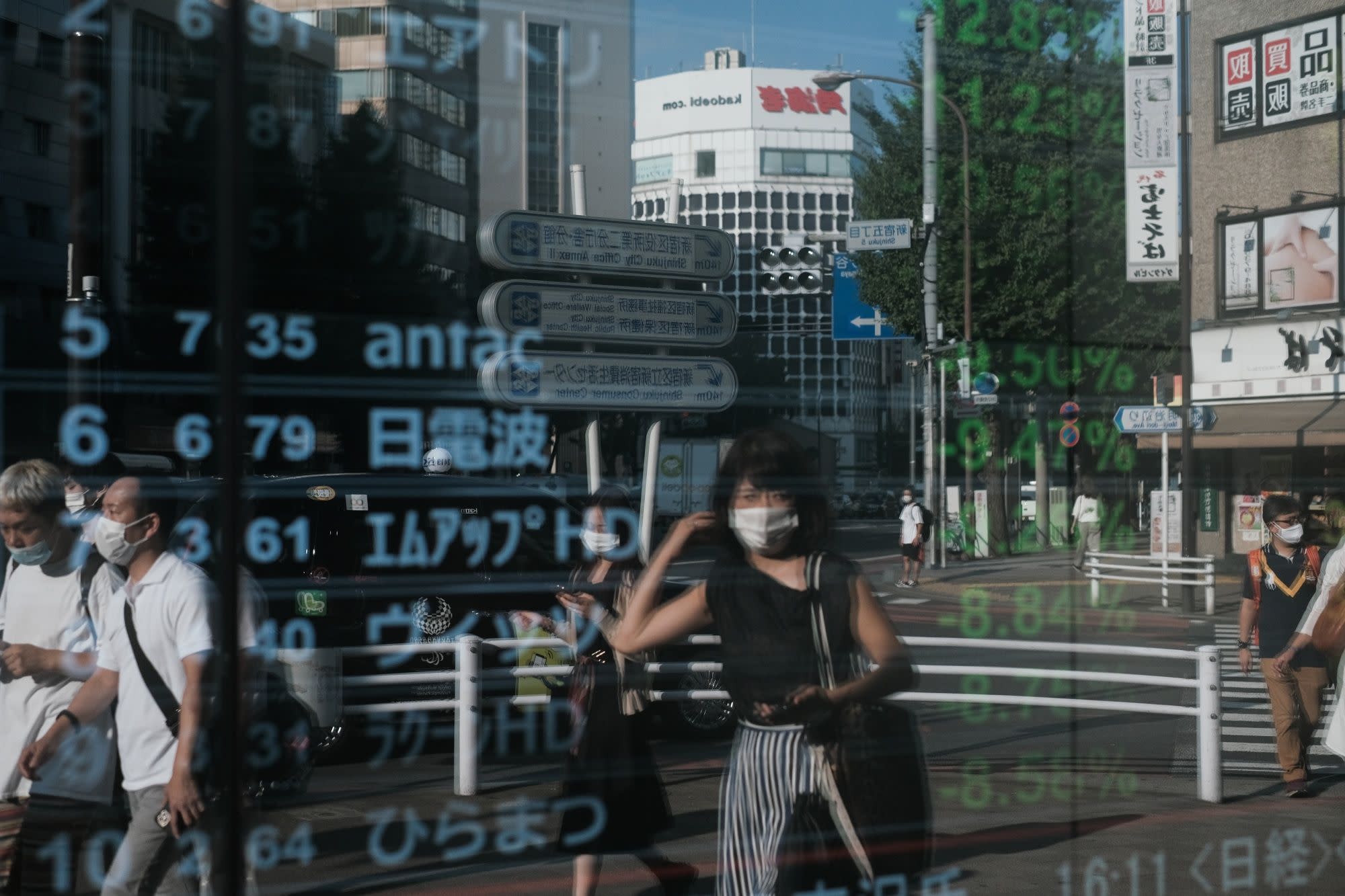 The S&P 500 ended little changed, while the Nasdaq 100 fell for the fifth time in seven days to cap its worst week since March. The tech-heavy index traveled 3% from high to low Friday and is 11% from its Sept. 2 record. The rout comes after a torrid August capped a 58% rally from late March. Apple Inc. has plunged 16% from its 10-day old high, but remains only at the lowest in a month.

“You see this kind of volatility when there is a vacuum of information for investors, and we don’t have good data,” said Erika Karp, founder and CEO of Cornerstone Capital Group. “Markets can adapt when there is certainty, but when there is extreme uncertainty and when we’re in a period of transition, you’re going to get volatility.”

Most stock in the S&P 500 rose, with three up for every two down. The Dow Jones Industrial Average advanced on rallies in Nike, Dow and Caterpillar. The small-cap Russell 2000 index lost 0.7%.

Tech, the scene of fervent bullish options activity, gave up early gains for a second day, as investors assessed whether the pullback had run its course. Selling picked up Friday after Bloomberg reported SoftBank Group Corp. is considering revamping a controversial strategy of using derivatives to invest in tech companies. Microsoft took a hit after a report that China doesn’t favor a forced sale of TikTok’s U.S. operations.

Treasuries advanced, sending the 10-year yield below 0.67%, while the dollar weakened. The yen was flat, oil climbed little changed and gold slumped.

Global stocks notched the first back-to-back weekly declines since March after a rally that added $7 trillion to U.S. equity values. The pandemic is continuing to upend the global economy, with U.S. data showing cracks in recent labor-market strength and virus cases continuing to climb globally.

“When you see these short-term, sudden moves after a run-up like we’ve had, it doesn’t mean you avoid the sector, but you have to be prepared that it’s the price of admission of being there,” said Charles Day, a managing director and private wealth advisor at UBS Global Wealth Management. “Investors should stay invested, we’re still positive on equities.”

In Europe, traders are closely watching comments from European Central Bank officials after President Christine Lagarde spurred a rally in the euro on Thursday when she delivered relatively mild comments on the currency’s surge. Chief Economist Philip Lane set a tougher tone on Friday, signaling more monetary stimulus may be needed. Meanwhile, the British pound headed for its biggest weekly drop since March as Brexit talks frayed.

(A prior version of this story was corrected indicate Nasdaq 100 had two straight weekly drops in July.)