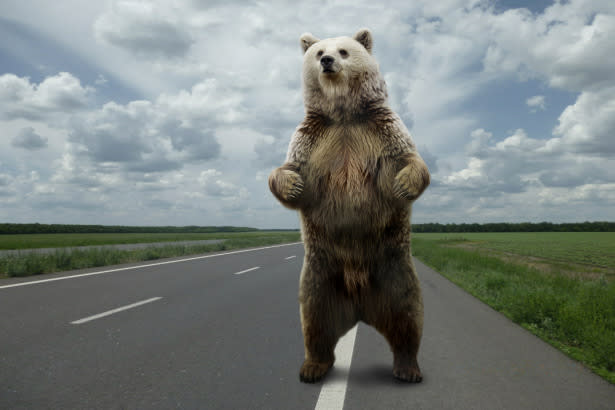 S&P 500 futures are losing more than 1% in premarket trading as the sell-off in the tech space continues. Meanwhile, the tech-heavy Nasdaq 100 is losing more than 3% ahead of the market open.

There is no clear catalyst for this sell-off. Some analysts believe that the market reacts to the news that Japan’s investment firm SoftBank amassed options of tech stocks and is trying to unload positions to take profits.

However, the rally in tech stocks was so powerful that many traders have considerable unrealized gains, which creates an environment for a significant pullback.

All high-flying tech shares are deep in the red in premarket trading. Tesla is under especially big pressure, losing roughly 15% ahead of the market open, as it was not included in S&P 500 during the latest reshuffle.

The sell-off in oil intensified after Saudi Arabia decided to cut prices for its customers in order to protect its market share. The market viewed the move as a sign of a weak demand.

In addition, the U.S. dollar continued its rebound against a broad basket of currencies, and the U.S. Dollar Index moved towards the next resistance at 93.50.

A strong dollar serves as a bearish catalyst for all dollar-denominated commodities. Gold and silver are also under pressure today.

The oil market sell-off will certainly make things worse for oil-related equities which are already losing ground in premarket trading. Precious metals miners may also have a challenging session in case gold and silver continue to move lower.

Brexit Is Back Into Spotlight

UK set a deadline of October 15 to reach consensus on the trade deal with EU. According to recent reports, UK was planning to make changes to some parts of Brexit Withdrawal Agreement, which is unacceptable for EU.

Both sides are now increasing their preparations for the hard Brexit although negotiations will continue. At this point, the British pound is the main victim of this story, and GBP/USD lost a lot of ground in recent trading sessions.

A no-deal Brexit will put additional pressure on the European economy at times when it tries to recover from the acute phase of the coronavirus crisis. Other markets will also feel the shock waves of hard Brexit so traders around the world are watching the story closely.

For a look at all of today’s economic events, check out our economic calendar.

This article was originally posted on FX Empire