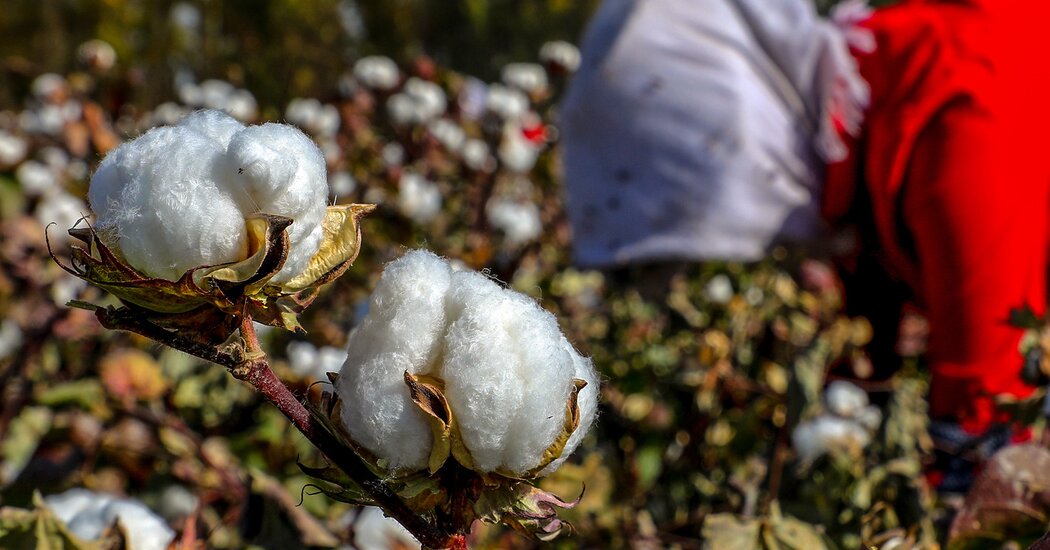 Hefei Bitland “is not a direct supplier to HP,” a spokesperson for HP said in a statement. “We have robust policies in place to protect human rights and prohibit the use of involuntary labor of any kind across our supply chain. We are committed to ensuring everyone in our supply chain is treated with dignity and respect.”

American law bans the importation of any goods produced with forced labor. But human rights groups say the practice has long been widespread in Xinjiang, where many detainees are recruited into programs that assign them to work in factories, on cotton farms or in textile mills.

Xinjiang accounts for about 85 percent of China’s cotton production, according to the U.S. Agriculture Department, and about one-fifth of cotton production globally. Brands including Muji, Uniqlo, Costco, Caterpillar, Lacoste, Ralph Lauren, Tommy Hilfiger and Hugo Boss have been named in reports tying them to Xinjiang factories or materials. Some companies have denied the allegations.

Amid the tensions of President Trump’s trade war and a growing spotlight on human rights abuses in Xinjiang, some major apparel brands have tried to limit their exposure to the region in recent years, including by moving textile and clothing operations to Bangladesh, Indonesia and Vietnam. In July, the sportswear maker Patagonia announced that it was exiting Xinjiang, and that it had told its global suppliers that using fiber made in the region was prohibited.

But human rights groups and industry analysts say supply chains in China remain opaque, allowing companies to profit off involuntary labor by Uighurs and other ethnic Muslims. Travel restrictions in Xinjiang can prevent companies from investigating their supply chains there, and companies that carry out audits of their suppliers may see only what the Chinese factories want them to see.

Concerns about the prevalence of forced labor in these supply chains led Customs and Border Protection to draw up more sweeping restrictions on products made with cotton and fabric from Xinjiang. On the morning of Sept. 8, an agency official told The New York Times that the import bans would cover the supply chains for cotton, from yarn to textiles and apparel made in the Xinjiang Autonomous Region, as well as tomatoes and tomato paste.

But that order was never announced. Officials from the Agriculture Department, the Treasury Department and the U.S. Trade Representative intervened to raise objections about the measure, saying it could threaten American cotton exports to China, or put the trade deal Mr. Trump signed with China in January at risk, people familiar with the matter said.