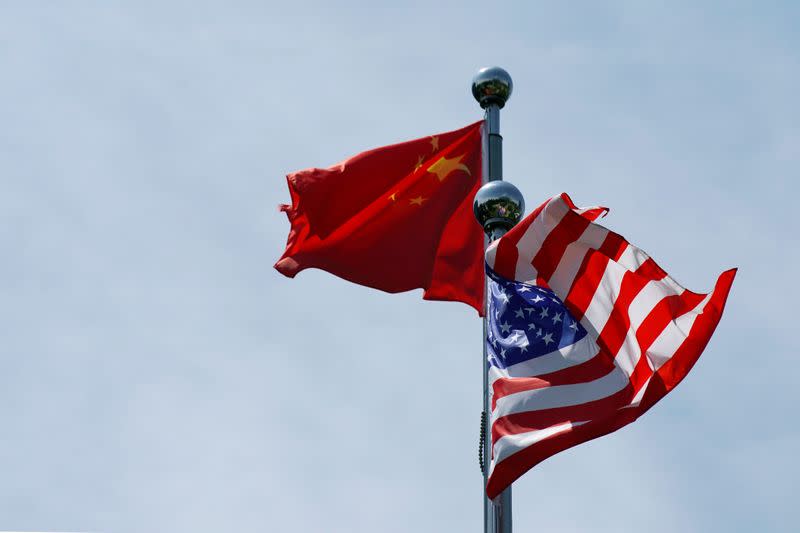 HONG KONG (Reuters) – Investment between the United States and China tumbled to a nine-year low in the first half of 2020, hit by bilateral tensions that could see more Chinese companies come under pressure to divest U.S. operations, a research report said.

Investment, both direct investment by companies and venture capital flows, between the two countries fell 16.2% to $10.9 billion in January-June from the same period a year earlier – also hurt by the coronavirus pandemic, according to figures from consultancy Rhodium Group.

ByteDance is currently seeking approval for a deal with Oracle Corp <ORCL.N> that is structured as a partnership rather than an outright sale.

“At a time of rising discomfort with US-China technology integration numerous other companies – both Chinese firms operating in the U.S. and U.S. firms with a presence in China may be forced to divest,” the report said.

It added that the U.S. treatment of ByteDance and the broader shift away from U.S.-China technology integration may lead to policies which make it more difficult for U.S. tech firms to operate in China.

Investment by U.S. firms in China in the first half tumbled 31% to $4.1 billion, while investment by Chinese companies in the United States rose 38% to $4.7 billion, the report said. That was mostly due to one deal – a Tencent Music <TME.N> -led consortium’s purchase of a minority stake in Universal Music group for $3.4 billion.