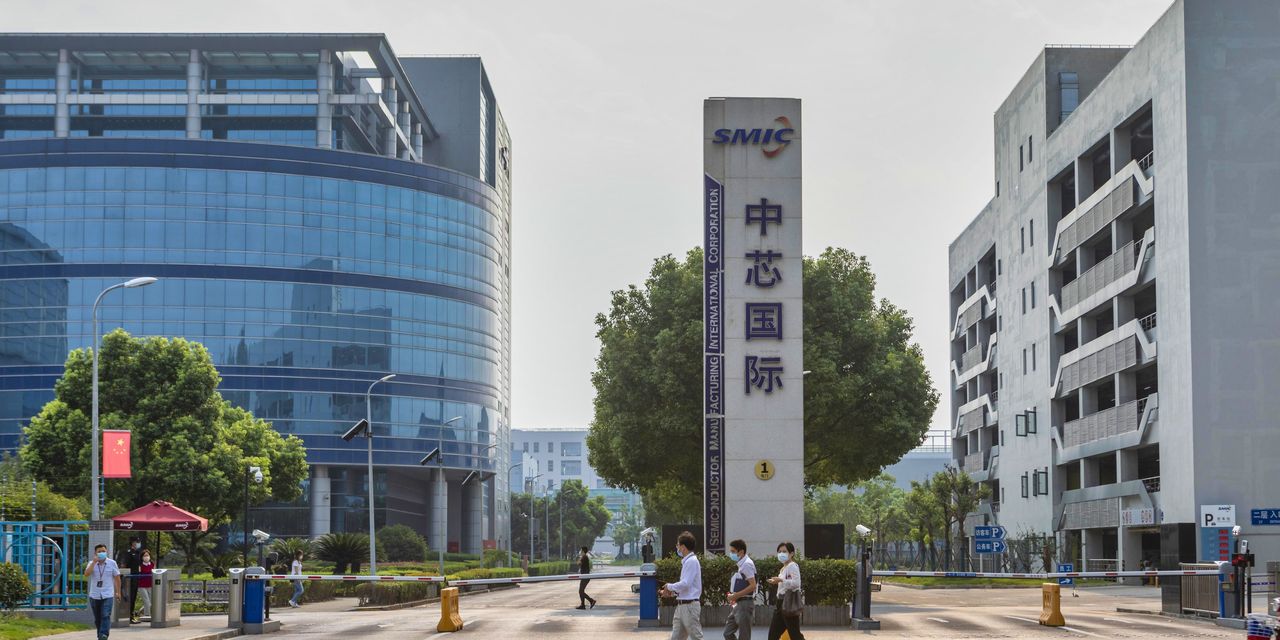 The Trump administration is poised to deal another blow to China’s chipmaking ambitions. U.S. chip-making equipment firms may be among the collateral damage.

U.S. agencies are discussing whether to add

into the Commerce Department’s “entity list,” which would restrict the supply of U.S. technology to the Chinese chip maker. A ban on U.S. technology, similar to the fate suffered by Chinese telecom giant Huawei,  would derail SMIC’s expansion plan since the U.S. maintains a stranglehold in some essential parts of the semiconductor equipment market.

SMIC only has 5% market share in the global foundry business, which entails making chips for other semiconductor companies that don’t have their own plants, according to Credit Suisse. To narrow the technology gap, SMIC had planned $6.7 billion of capital expenditures this year, more than triple the amount in 2019, after raising $7.7 billion on Shanghai’s technology-heavy STAR market in July. But such a cash splurge could be in doubt now.

estimates that SMIC’s revenue could be halved by 2024 if the company is unable to expand capacity in both advanced and older nodes. SMIC may also have trouble getting maintenance and spare parts from its U.S. suppliers, says brokerage house Bernstein.

That could mean reduced orders for semiconductor equipment makers: But an even bigger worry is that the Trump administration could target other Chinese chip makers too. Demand from China is expected to be a growth spot for equipment makers in the next few years. Chinese memory-chip manufacturers like Yangtze Memory Technologies are ramping up their production capacity, for example. Jefferies has estimated China could account for around a quarter of global semiconductor equipment procurement this year. Chip makers outside of China may fill part of that demand but are unlikely to fully offset the impact.

In the short term, other Chinese chip makers may also rush to increase inventories of semiconductor equipment in fear of potential sanctions, helping dull the pain. But in the longer run, those sanctions could hurt manufacturers of chipmaking tools everywhere—including those in the U.S., Japan and the Netherlands—if it becomes impossible for most Chinese semiconductor firms to construct complete production lines at all. California-based Lam Research, for example, made a third of its revenue last quarter from China.

The Sino-U.S. tech war shows no sign of cooling down. Investors in U.S. chip-making equipment firms, to say nothing of overpriced would-be Chinese national champions like SMIC, should brace themselves for impact.

Write to Jacky Wong at JACKY.WONG@wsj.com