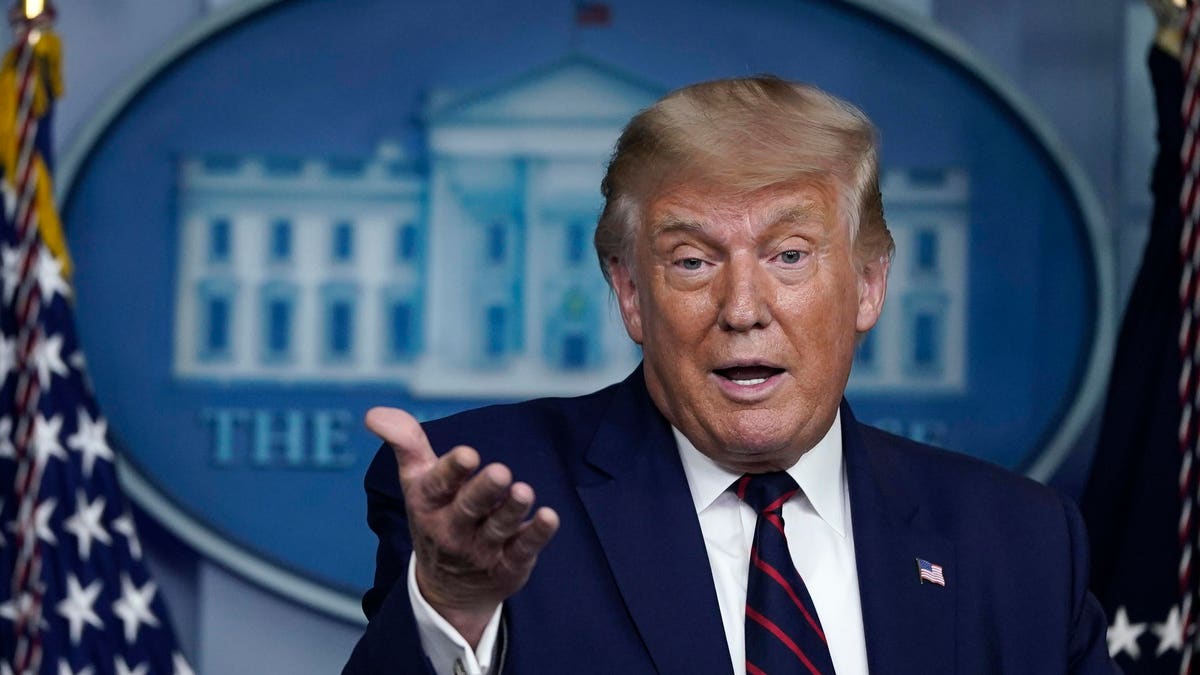 “I disagree with him on what he is doing.” Those were the words of Donald Trump in response to Georgia Gov. Brian Kemp’s decision to partially “re-open” the Peach State in late April.

Though Trump had described the president’s power over governors and states as “absolute,” the reality was quite different. The President of the United States is not dictator. By constitutional design, the president really isn’t supposed to be that powerful. Per the 10th Amendment, most policymaking power is left to the states. When Kemp re-opened Georgia, he didn’t need Trump’s permission. Simple as that.

Kemp’s decision to ignore Trump rates mention in consideration of all the hysteria about the latest Bob Woodward “revelation.” In so many words, Trump told him that he didn’t want to foment “panic” about the coronavirus even though he supposedly knew it was “deadly.” And this is a story?

Trump’s critics can’t have it both ways. If he’s as doltish as they claim, what would it matter what Trump felt about the virus? Particularly in February.

What would it have mattered when it’s remembered that those who didn’t vote for Trump don’t even view him as a legitimate president? Were Never Trumpers and Democrats more broadly suddenly going to take seriously the person they make sport of ridiculing?

As for Trump die-hards, if those up in arms are to be believed, the die-hards don’t believe in science to begin with. Since they don’t, why would it have been a big deal to mask-despising “deplorables” what Trump said about the virus? And the scandal is what?

Yet Woodward’s former colleague in Carl Bernstein made some kind of grave pronouncement that Trump’s alleged fib was “bigger than Watergate”? Oh please. Trump was saying what most everyone was saying on the left and right at the time. No one really knew, one way or the other.

Goodness, as late as March 2nd, New York City Mayor de Blasio was still telling city dwellers to “go see a movie.” A May of 2020 report from the New York Times
indicated that De Blasio was still “resisting calls in March to cancel large gatherings,” and that until the middle of March De Blasio “did not order major closures, including of schools and restaurants.” Even then he was delayed by New York Governor Cuomo.

On February 29th, the science-believing former Vice President Joe Biden won the South Carolina primary. In his victory speech he didn’t even mention the virus. Malpractice? “Watergate” in scope?

National Review contributor Jonathan Tobin has reported that even the New York Times editorial board didn’t mention the virus in the month of February until the very last day of the month. The page had been mostly quiet since hard left columnist Farhad Manjoo downplayed virus nail-biting with a late January op-ed in which he expressed fear about the placing of “unnecessarily severe limits on movement and on civil liberties.”

Another New York Times report from late April indicated that Vogue editor Anna Wintour told her staff in late February that the virus was “no big deal,” which is just what Trump is reported to have said. At the time, “no big deal” was the consensus on both sides, arguably with good reason.

To see why the above is true, consider what the Wall Street Journal’s Mary O’Grady has regularly pointed out in recent years: thanks to the proliferation of smartphones in Cuba, the regime’s dastardly ways have proven increasingly difficult to hide. Think about that for a minute, then think about China.

Word on the virus is that it spreads very rapidly, and as China didn’t lock down until January, it’s safe to say that virus had been moving around the country (and the world) for quite some time. This is important mainly because if it had been a major, or even a minor killer, there’s no way the Chinese government could have kept this news suppressed given the density of smartphones in the country.

It’s also worth pointing out that the most valuable U.S. companies have major exposure to China’s economy. That they do provided even more evidence that whatever the particulars of the virus, it thankfully wasn’t lethal. Had it been, companies like Apple Inc.
(one fifth of its iPhone sales are in China) and Nike
(China is its 2nd largest market) would have seen their shares correct long before March to reflect major shrinkage of a major market.

Woodward et al will say Trump downplayed the threat, but if anything he overplayed it with his late-January decision to shut down flights between the U.S. and China. You can’t block out reality, plus if it’s true that the virus had begun spreading in China as far back as November, it’s not unreasonable to presume that the virus had already long before made its way around the world given the myriad flights between China and the U.S., along with the rest of the world. But that’s all in a sense a digression.

Not only are the up-in-arms lefties feigning fake outrage in pretending they cared one bit what Trump felt about the virus, the simple truth is that he’s once again not dictator. And it wasn’t just a Republican governor in Kemp who made this point.

Doesn’t anyone remember what New York Gov. Andrew Cuomo said about the supposedly science-denying red states that locked down less aggressively than states like New York? In Cuomo’s own, jumbled words, “You told the people of your state and you told the people of this country, White House, ‘Don’t worry about it. Just open up, go about your business, this is all Democratic hyperbole.” You see, fifty different U.S. states, and fifty different policies. Cuomo ultimately imposed stringent ones. Scientists and doctors can debate whether or not they worked, but the main thing is that Cuomo, like seemingly all Democratic governors, went his own way about the virus, and without regard to Trump’s expressed views.

Which is the American design. Policymaking power resides in the states. They did as they did. Trump’s error was in presuming the president had a role. Not really. And thankfully so. Really, what kind of sad people would look to their president (Democrat or Republican) to hold their hands in the face of a virus? What do presidents know about fighting them? Which is the point. U.S. Presidents thankfully aren’t dictators, nor does their job include virus fighting. The outrage about this is manufactured, or more realistically it’s fake.