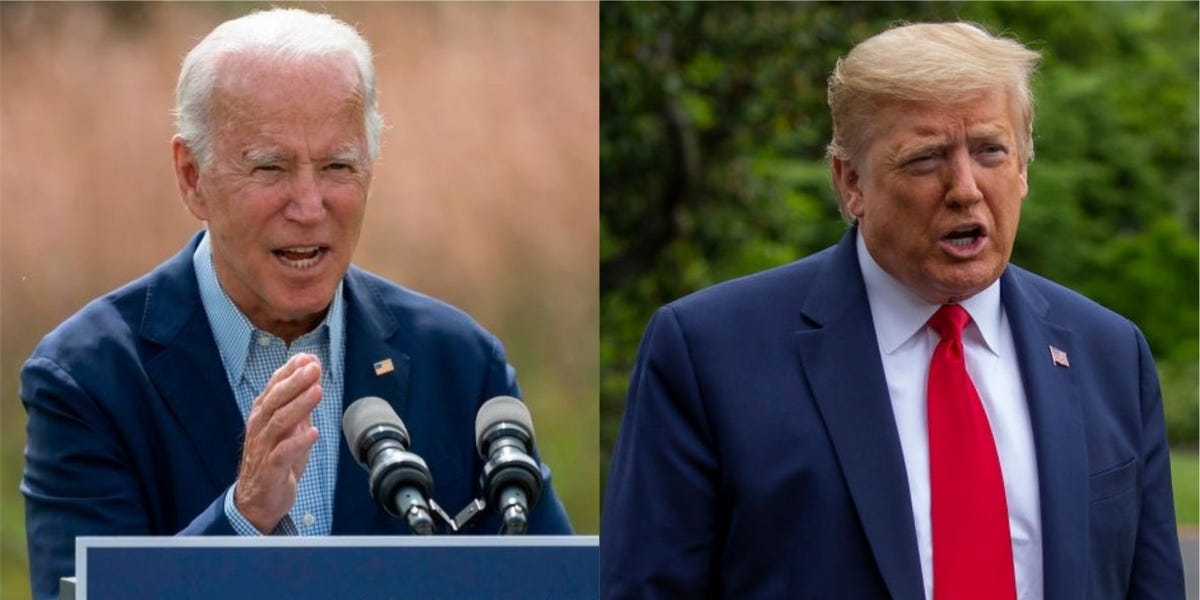 A new report released Tuesday says that the campaign websites for both presidential candidates are not entirely accessible, potentially denying critical information to the nation’s 61 million people with disabilities.

Between those two, Biden’s website was the leader in accessibility issues, with 13 violations. Trump’s campaign website has four violations, according to the report.

The report also examined the government pages for Vice President Mike Pence and Democratic vice presidential nominee Kamala Harris. Both of these sites had multiple violations as well, the report noted.

“According to the CDC, 26% of the US population lives with a disability, which means that with just a few weeks until the election, one in four Americans may not be able to access the websites for the Presidential and Vice-Presidential candidates,” said Ablr CEO John Samuel.

“We hope this audit encourages the immediate improvement of the website accessibility for each candidate’s site, as well as encourages all organizations and companies to ensure their websites are inclusive to individuals with disabilities,” Samuel continued.

The violations indicate that neither the Trump nor Biden campaign sites is in compliance with the Web Content Accessibility Guidelines, according to Ablr. These guidelines, set by the World Wide Consortium, aim to provide government agencies and businesses with the path to create digitally accessible websites that ensure every person regardless of disability status can receive the same information.

While these guidelines are not enforceable, the WCAG sets “the internationally developed standard that continues to be evolved and improved,” said Ken Shiotani, senior staff attorney with the National Disability Rights Network. “That’s what everybody who even wants to be accessible will strive for.”

In conducting the analysis, Ablr asked its in-house auditors, some of whom are blind or visually impaired, to use assistive technology to access various parts of the two sites. The auditors recorded the violations they came across and classified them as either “critical,” “serious,” or “moderate.”

The auditors found that Trump’s website lacked discernible text fonts, which help people using screen readers to identify the purpose of various buttons and icons. Biden’s website has insufficient color contrasts that make it hard for blind or visually impaired people to separate text from background and inaccessible site navigation by keyboard only, the report said.

“It’s a top priority of the Biden campaign to communicate with voters across platforms on what’s at stake in this election, and ensure visitors to our site are able to learn about Joe’s vision for our country,” Biden campaign spokesperson Rosemary Boeglin said in a statement to Business Insider. “We are continually striving to improve the accessibility and usability of our site, and are committed to providing a web experience that meets the needs of as many visitors as possible. We will continue to work with experts like Perkins Access to ensure inclusivity and enhance accessibility.”

The Trump campaign did not respond to Business Insider’s request for comment.