Tree cricket behaviour in the presence of a predator 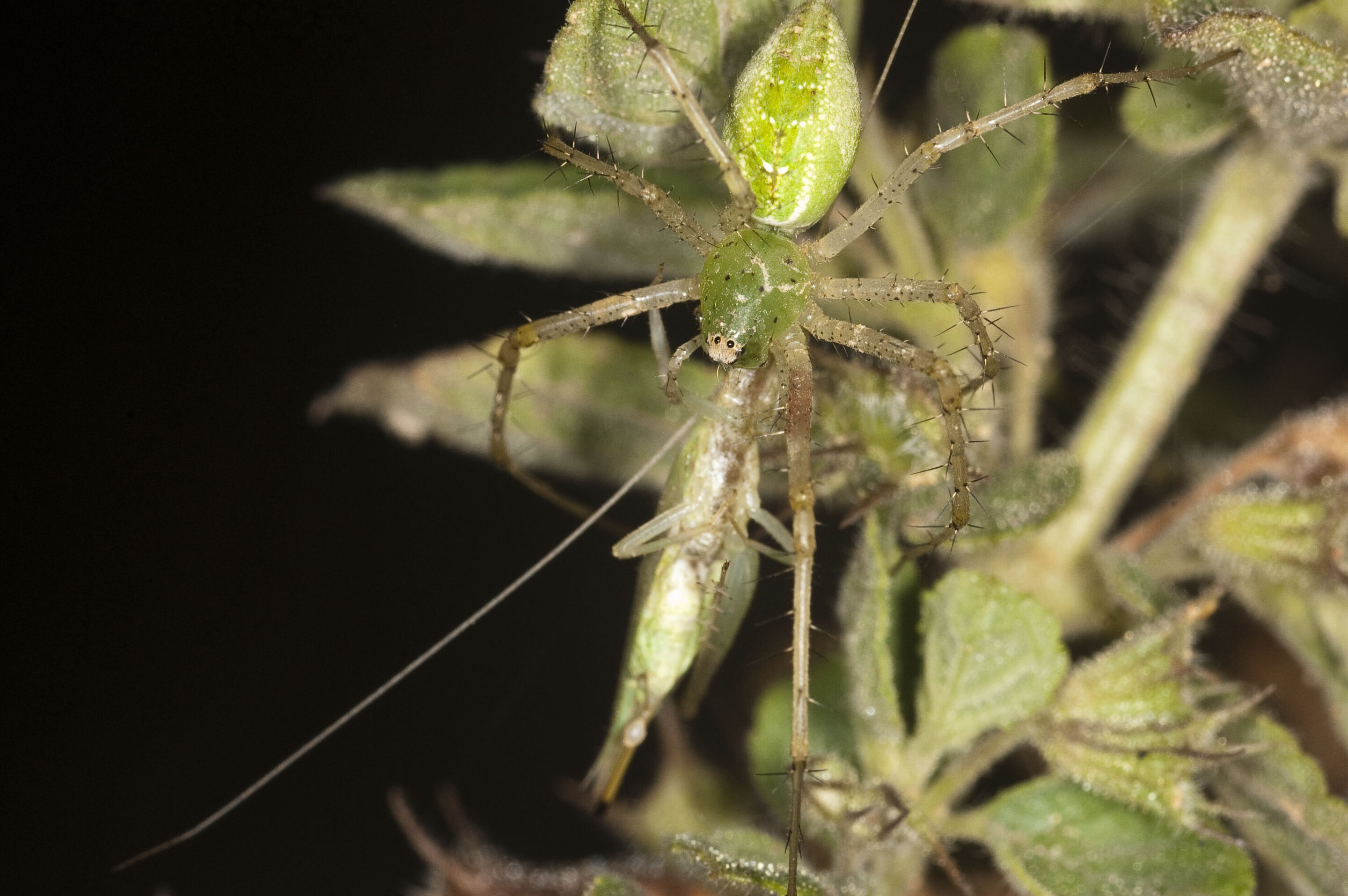 In the presence of predators, male tree crickets, but not females, change their mate-finding behavior, according to a new study from the Indian Institute of Science (IISc).

The cricket chirps on summer evenings are males calling to attract females of their species to mate with them. Female crickets do not call, and instead walk toward these calling males. What are the consequences of predation on their mate-finding behaviors and mating success?

These questions were addressed in tree crickets in a recent publication in the journal Functional Ecology by researchers at the Center for Ecological Sciences (CES) at IISc. They also investigated whether the chances of survival are affected if crickets altered their mate search behavior.

The researchers experimentally manipulated the level of danger by maintaining different ratios of the number of predators—green lynx spiders—to crickets in outdoor enclosures built in their natural habitat. They then observed the crickets and examined whether they changed their mate-searching behavior under different levels of threat, and noted their chances of survival. They also estimated the effects of these direct and indirect pressures on the mating success of the crickets.

The researchers found that when the threat of predation increased, male crickets reduced calling and moved toward other singing males they could hear around them. This directed movement indicates that they may be switching to a tactic known as “satellite” behavior. These silent, satellite males hang around a caller, and attempt to mate with females who approach the singer. This tactic has its benefits: They conserve energy by not calling, and are also less conspicuous to predators. But there is a cost—the chances of satellite males successfully mating is much lower than that of calling males. They lose out on mating opportunities but are more likely to survive to the next night, and try again to find a mate.

On the other hand, female crickets did not reduce their movements, even when the risk of being eaten was high. This result was unexpected because males were believed to be the more risk-taking sex, according to Viraj Torsekar, former Ph.D. student and the first author of the paper. Torsekar adds that in many species of crickets, the female mounts the male during copulation and feeds on nutritious secretions from a gland on his back. And therefore, it would benefit the females to mate with multiple males to maximize this nutritional intake. Whether this added incentive plays a role in the females’ continued movement even in the presence of predators, however, needs to be investigated.

The authors also found that increased predation risk reduced the chances of survival for both male and female crickets equally. This, in turn, reduced the number of times these individuals were able to mate, and could affect their reproductive fitness—the number of offspring an individual leaves behind—and the currency of success in nature.

“I think what is really novel and exciting about this study is that it examines both direct effects via mortality, and indirect effects via changes in behavior, of predation on fitness, in both sexes, in very close to natural situations,” says Rohini Balakrishnan, Professor at CES, and senior author of the paper.

Citation:
To mate or be eaten: Tree cricket behaviour in the presence of a predator (2020, September 10)
retrieved 10 September 2020
from https://phys.org/news/2020-09-eaten-tree-cricket-behaviour-presence.html