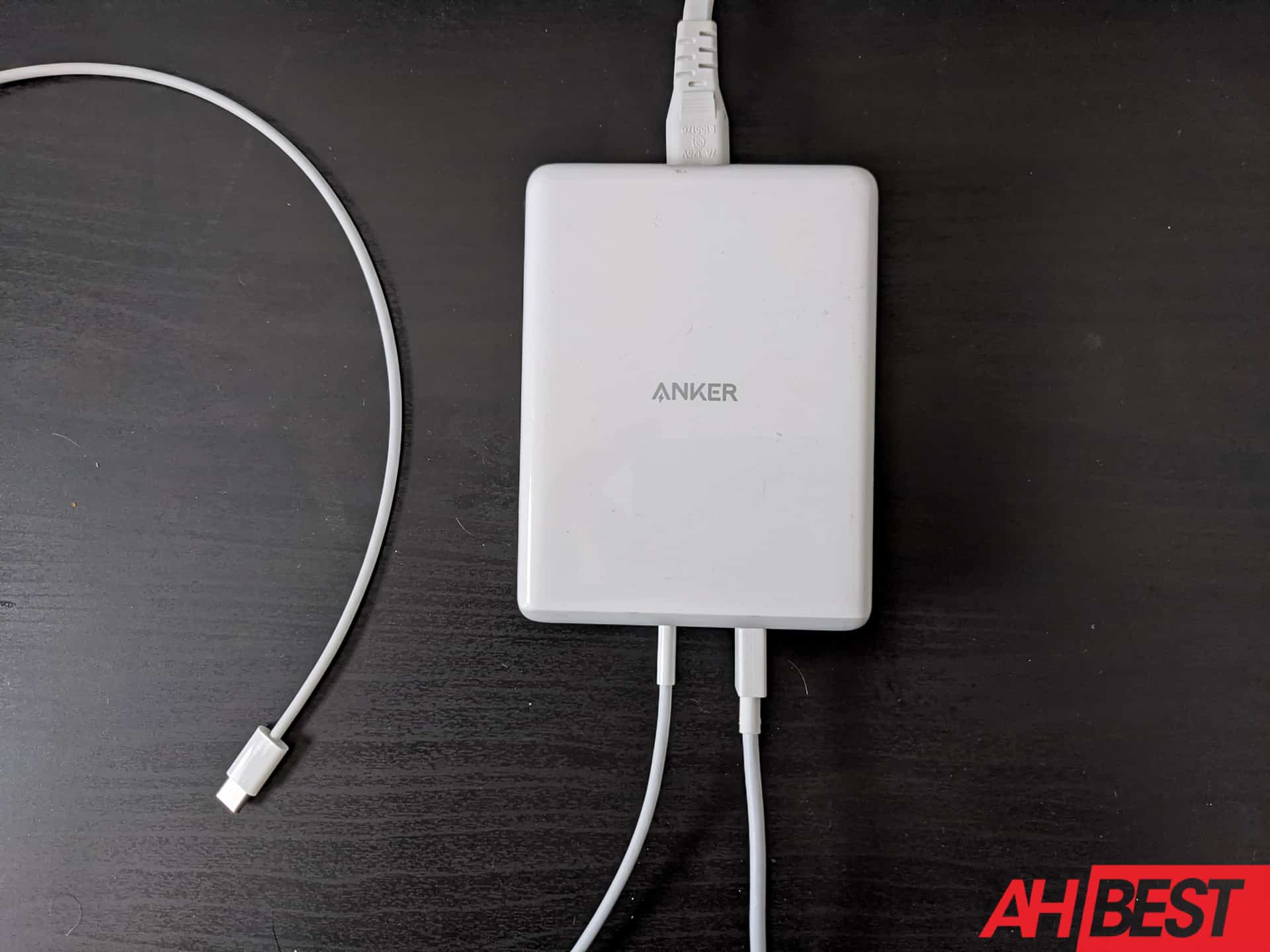 With all the talk of smartphone makers deciding to nix the charger in the box next year. It might be a good time to pick up a new phone charger or two.

There are many (probably millions) of different phone chargers on the market. From some popular brands like Anker, RAVPower, AUKEY, Samsung and many more. But which ones are the best for you to buy and use with your smartphone?

That’s what we’re here to tell you. We’ve used just about all of the chargers on this list, with many different phones. And know which ones are the best. Phone chargers mostly fall into two categories. USB-C chargers and USB-A chargers. Almost all phones released since 2018 have USB-C, which means that both kinds of chargers will work for most smartphones. But USB-C is more future-proof and will offer faster speeds (depending on the device). So that is our recommendation.

The Anker PowerPort III is our favorite phone charger. That is because it is super compact, and can still charge at a decent speed. This one does up to 18W. So it’s not the fastest charger out there. But where most smartphones are capped right around 18W for USB-C PD charging right now. It makes it a good, and cheap, option.

This will work on older smartphones too, since the PowerPort III is able to adapt its speed based on what is plugged in at the time.

For only $12, this is definitely a charger you’ll want to pick up and maybe even carry in your bag to work.

This is a really great option for a dual-port charger. As it offers both USB-A and USB-C PD for charging. It can output 65W total, which means that you are not getting 65W from the USB-C PD port if you are also using the other port at the same time.

It can do 65W though, which is powerful enough for most USB-C laptops – like the MacBook Pro. However, if you plug your phone into the USB-C PD port, it will not charge at that speed. Depending on the device, it may charge at 18W or even 25W.

It’s a good versatile phone charger, that can also charge other products like a laptop or a smartwatch.

This is by far my favorite phone charger, and actually one that I use on my desk right now. If you are now working from home for the foreseeable future, this is worth picking up.

This has two USB-C PD ports and two USB-A ports, that can output 100W total. It can do 100W total on the USB-C port, so it is fast enough to charge a laptop. But if you have other devices plugged in at the same time, then the power will be distributed among the four ports.

It’s a killer charger to have, as you can charge many different things at the same time and not worry about having enough outlets.

This is a 45W car charger that offers USB-C PD up to 27W and then a USB-A port. So you can get fast charging even while you are driving down the road, which is definitely a really cool thing to have.

The USB-A port uses Qualcomm’s Quick Charge 3.0 for speed too, so even if you aren’t using the USB-C port, you are still getting some good speed here.

This is the charger that Samsung includes in the box with the Galaxy S20, Note 20 series and the Z Fold 2. It’s a 25W USB-C PD charger that can also be used with other devices, and since it’s only $13, it’s a really good option.

It uses USB-C PD and PPS, which is a newer technology designed to make faster charging even safer. So it’s no surprise that Samsung is using it. But we will see more smartphones using it in the near future. Basically, if you own a Samsung smartphone and want to use the full 25W speed that it has, then this is the charger to get. And it can never hurt to have a second one laying around.

AUKEY has made a really great charger to take when you travel. This charger here is a 18W USB-C PD charger that has a foldable plug. That is really awesome because it’ll take up less room in your bag and also protect the plug from getting damaged from other things in your bag.

This is a pretty small charger in the first place, but still offers up some really good charging speeds. Which makes it a great option for taking on the go with you. That is, when we are able to travel once again.

Not all chargers need to be ones that you plug into the wall. There are portable ones too, and this one from AUKEY is one of our favorites.

We love this one because it is super slim, and offers 10,000mAh of power. Which is enough to charge most smartphones at least once. And it’s thin enough to fit in your pocket without any real issues. That is a killer feature.

There three USB-A ports available here, as well as a micro USB and a USB-C port that can be used for input (USB-C can do both output and input).

This is one of the best four-port USB chargers on the market. Now this is not a USB-C charger, in fact, it’s all USB-A. And it also does not offer fast charging. But even with those that do have fast charging, you won’t really get “fast” charging when you use all four ports. As that speed is split up between all four.

And where this AmazonBasics model is just $20, it’s definitely a good option. And you can charge your smartphone, smartwatch, tablet and more here. All with one outlet.