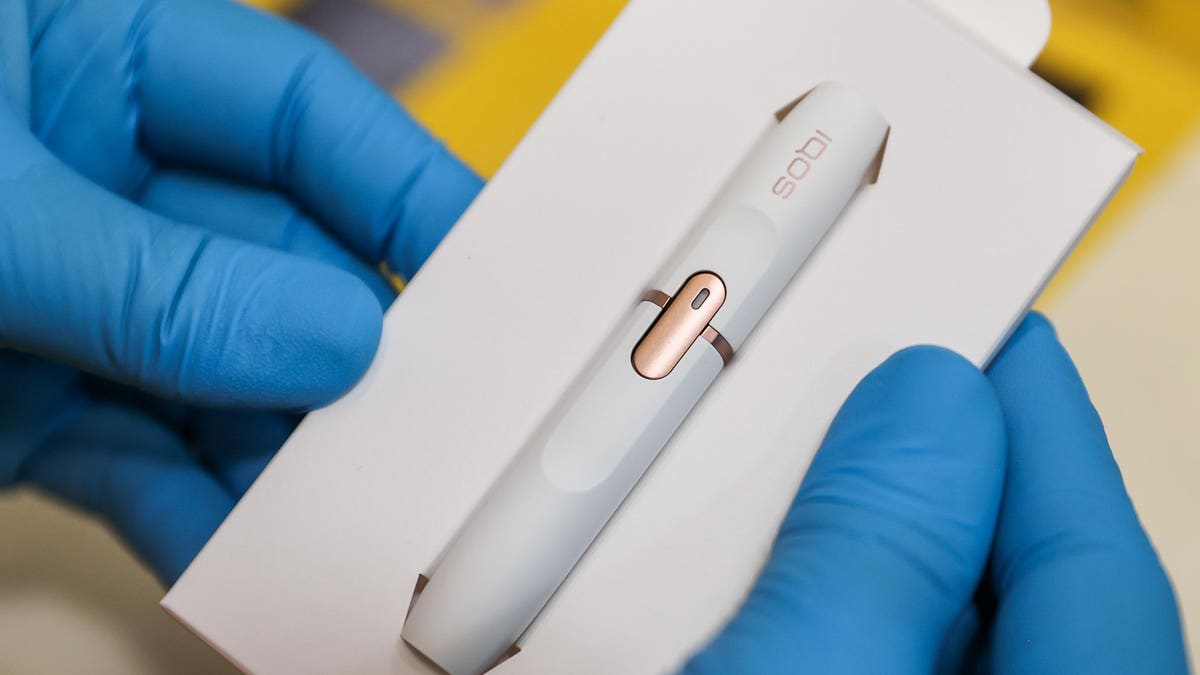 Tobacco giant Altria made a very public splash with its $1.8 billion investment in recreational cannabis in 2019. Since buying in, the company has been much more quietly trying to claim a long-term stake in the marijuana industry by patenting cannabis technology, public records show.

In late February of this year, Altria, the parent company of cigarette brands including Marlboro and Parliament, filed two patent applications for vaporizer devices specifically designed for cannabis, according to United States Patent and Trademark Office filings.

The company is also the current owner on two older vaporizer patents from the same inventor filed earlier and acquired through a sale, a company spokesman said. Those patents also specifically mention cannabis.

The Altria cannabis devices have temperature controls meant to allow consumers to vaporize THC or CBD. The two best-known cannabinoids in marijuana—both of which have specific medical applications, according to recent research—also have different release points.

Altria has long acknowledged that tobacco consumption is declining and has sought to diversify its offerings.

Experts contacted for this article say the patents show how Altria is considering a more direct play in the marijuana market, and may be preparing for a future in which cannabis is a federal Food and Drug Administration-regulated commodity—just like tobacco.

Altria paid $1.8 billion for a 45 percent stake in Cronos Group, a publicly traded company based in Canada, where marijuana is federally legal. So far, Cronos has made only limited incursions into the United States, dabbling in the hemp and CBD markets. Altria still has an option to buy a majority stake in Cronos.

In the meantime, the value of Altria’s cannabis investment has suffered just like most other cannabis investors’ positions, losing roughly one-third of its value.

Parnas did point out that the vaporizer devices the company is attempting to patent are plant “agnostic”—and could be used to vaporize anything, such as loose-leaf tobacco, even if the device descriptions specifically mentions cannabis, as is the case in Altria’s most recent patent applications. (One of the devices is somewhat similar to the IQOS, a tobacco vaporizer marketed by Phillip Morris International, an Altria competitor.)

He also suggested that the devices are not coming to market any time soon. Parman noted that the company did not submit the devices to the U.S. Food and Drug Administration for approval before a September 9 deadline for “tobacco products.” Such FDA approval would be required for the company to market the vaporizers in the United States. Vaporizer giant JUUL—in which Altria also invested around the same time as its cannabis buy, paying $12.8 billion for a 35 percent stake—filed such an FDA application for its products earlier this summer.

With onerous federal regulations that complicate or outright outlaw banking, investment, tax deductions and interstate commerce, the American cannabis industry is still a dicey prospect for big business. But the patent filings show that Altria is interested in cannabis beyond simply minority shareholder status in another firm, experts contacted for this article say.

If awarded and if successfully defended in court, Altria’s patents for dosing THC and CBD would be particularly useful—and extremely lucrative—in a future where cannabis is removed from Schedule I of the Controlled Substances Act, and made available under a doctor’s prescription, cannabis device makers, entrepreneurs and patent attorneys said.

Several bills to allow doctors and pharmaceutical companies to prescribe marijuana are currently in limbo in Congress, including one that was supposed to get a vote in the House of Representatives before Democratic leadership changed their minds.

“It would make sense that [Altria] would seek patents for dosing and other medical applications, as it would help them gain any regulatory approval where applicable in the future,” said Dominick Volpini, vice president of Cloudious 9, a California-based company that makes vaporizers. “At some point in the future, the FDA will approve a cannabis vaporizer—after federal regulation changes—and most likely it will be a medically-focused device with dosing capabilities.”

At the same time, Altria could be preparing to do nothing at all when it comes to cannabis, noted Larry Sandell, a patent attorney with Washington, DC-based intellectual-property firm Mei & Mark.

Altria’s pursuit of proprietary cannabis technology could be interpreted as a corporation’s cautious hedge. Altria may be simultaneously preparing to enter the market, blocking competitors from entering the market,or creating a viable product it ultimately decides never to pursue.

Either way, Altria pursuing technology patents should surprise no one.

“I don’t see anything here other than, here’s a big business, they made a big investment, and now they’re pursuing it as they would any other business,” Sandell said. “Once you drop $1.8 billion, you’d be silly not to protect your IP position as much as you can.”

“I would expect them to be doing this,” he added.

Other efforts to create successful national cannabis brands—such as Chong’s Choice, branded marijuana flower bearing comedian Tommy Chong’s image; Ignite, an inchoate combination of CBD, cannabis flower, and other products founded by Instagram playboy Dan Bilzerian; or Marley Natural, a cannabis company that licenses Bob Marley’s name and image—have struggled to resonate with consumers. And as the high-profile collapse of early nationwide dispensary chain MedMen demonstrated, cannabis may neither scale nor export as easily as technology or tobacco.

Part of the reason why big business models don’t translate despite their many billions is current U.S. federal law.

Cannabis cannot cross state lines. Product needs to be grown, processed, distributed and sold within each state. This leads to inconsistency.

Altria could be waiting until the regulatory landscape shifts before making a more direct foray into the cannabis industry with a branded vaporizer.

In the meantime, the company’s attempt at proprietary technology presents a blueprint for how other companies might try to seize a portion of the cannabis market through the creation of intellectual property rather than branding.

Other firms large and small have attempted to patent the plant itself, a technique that has mixed results in the agricultural industry and that has yet to be fully tested in cannabis. It may be much easier to be awarded a patent, and to successfully defend that patent, if the technology is a consumer-facing recognizable device, such as the vaporizers already on the market.

Designed by an Israel-based inventor named Youssef Raichman, two patents were first filed prior to Altria’s Cronos investment. One, “vaporizing devices and methods for delivering a compound using the same,” was first filed in 2017—and is very similar to a prior application with the same title description filed in 2015.

Altria is now the official applicant for both, according to the US Patent and Trademark Office.

Despite Altria’s insistence that the devices are “plant agnostic,” both patent applications repeatedly reference cannabis. For example, the devices heat material to specific temperatures for specific amounts of times, processes meant to release CBD or THC. One device will heat a “capsule” filled with cannabis. One of the patent applications notes a “three-stage heating process [that] has been described primarily with respect to using cannabis as the plant material.”

(Other inventors who may have created similar technologies can register their opposition to the Patent Office to block Altria’s patent.)

A close read of the patent applications also reveals how Altria may be preparing for a future in which cannabis isn’t smoked at all—whether by choice, or by fiat. Instead, users, medical or recreational, might be vaping lab-derived THC or altered, enhanced cannabis “products.”