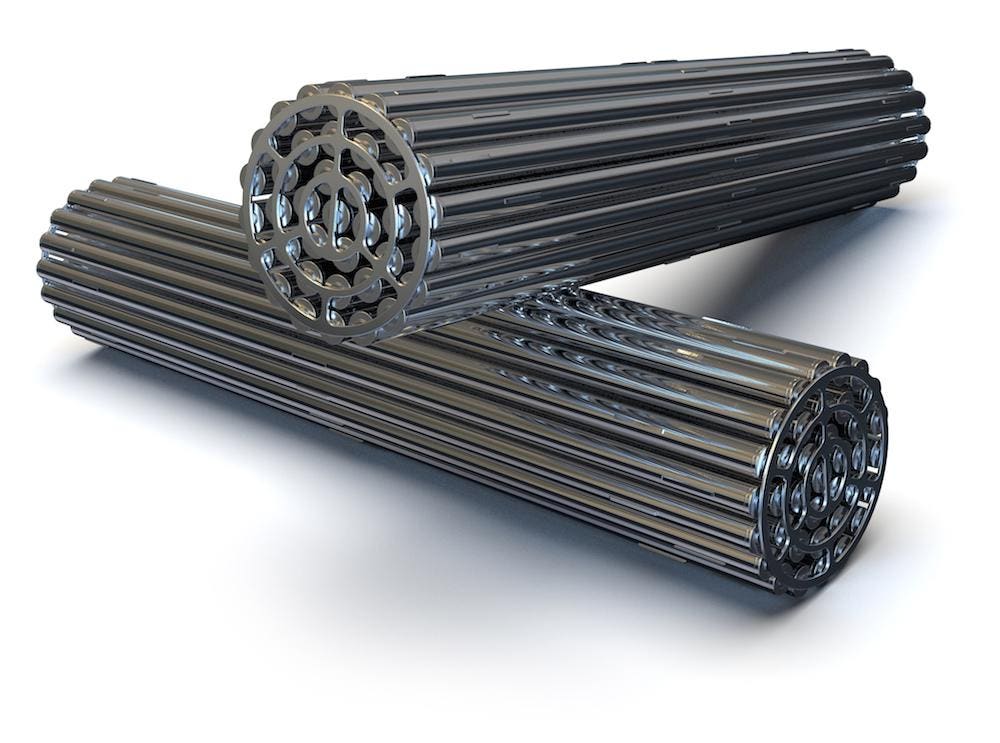 For decades, nuclear engineers have dreamt up new formulas, shapes and sizes for the radioactive fuel that powers the reactors of the world’s nuclear power plants (our greatest source of zer0-carbon electric power). Today most of what’s used for reactor fuel is enriched uranium. In the future, fuel compositions could shift toward the very promising element thorium.

With a proprietary combination of thorium (Th) and uranium (U), particularly “High Assay Low Enriched Uranium” (HALEU), ANEEL fuel can address several issues that have plagued nuclear power – cost, proliferation and waste. Plus, this fuel, being made-in-America, positions it as a prime candidate for export to emerging nuclear markets.

Over the last several years, there has been a growing consensus among climate scientists that nuclear energy is critical for mitigating the worst effects of global warming. Nations and states are shifting from Renewable Energy Mandates to technology-neutral Clean Energy Standards that include nuclear energy.

But in developing nations, the need is urgent. Most do not have the infrastructure to install natural gas, wind or solar. Additionally, many do not have sufficient topography and river flow for hydro. So it’s either coal or nuclear. If you care at all about the environment, then it better be nuclear.

So developing new technologies, especially advanced fuels, is critical for this deployment. The ANEEL fuel can be used in traditional boiling water and pressurized water reactors, but it really shines when used in heavy water reactors, like the CANDU and the PHWR. More importantly, it can be developed and deployed rather quickly.

CCTE plans to go-to-market with this technology by 2024.

“Today, emerging countries and their citizens, ever hungry for the power needed to drive the engines of progress and prosperity, need an abundant and uninterruptible source of clean base-load power. This solution must address multiple key barriers, including cost, efficiency, and sustainability,” says Mehul Shah, CEO and Founder of CCTE. “The urgency of realizing such a vision becomes even more critical as time is lost in the face of an accelerating climate crisis.”

The CANDU And PHWR Reactors

The CANDU (Canada Deuterium Uranium) reactor was developed in the 1950s in Canada, and more recently in India as the PHWR (Pressurized Heavy Water Reactor). These reactors are heavy water cooled and moderated pressurized water reactors.

PHWRs/CANDUs are well established small and medium reactors (see figure above). All of Canada’s 20 nuclear reactors are of the CANDU design. Other nations with CANDU reactors include Argentina, China, India, South Korea, Pakistan, and Romania. India has 18 PHWRs that are based on the CANDU design. The nearly 50 CANDU and PHWR reactors comprise roughly 10% of reactors worldwide.

On the other hand, there are 30 countries considering, planning or starting nuclear programs, and an additional 20 countries, most of which are in developing countries, that have expressed an interest in launching a nuclear program in the future (see figure below). The CANDU/PHWR is an optimal reactor choice for developing nations, when equipped with the right fuel.

CANDU/PHWRs generally use natural uranium (0.7% U-235) oxide as fuel, so they need a more efficient moderator (the material that slows or moderates the speed of the neutron so it hits the next nucleus at the right speed to split, or fission, it). In this case, these reactors use heavy water (D2O). Deuterium is hydrogen with one neutron in its nucleus.

Additionally, thorium has a higher melting point and lower operating temperature which makes it inherently safer than straight U and more resistant to core meltdowns.

The ANEEL fuel has a very high fuel burn-up rate of about 55,000 MWd/T (megawatt-day per ton of fuel) as compared to natural uranium fuel used in currently operating PHWRs/CANDUs with a burn-up of around 7,000 MWd/T. This is important in a few ways.

Higher burn-up means the fuel stays in the reactor longer and gets more energy out of the same amount of fuel. Also, more neutron poisons breed in over the fuel’s use, including Pu-240,241,242 making the spent fuel prohibitively difficult to make into a weapon.

Also, a higher fuel burn-up of ANEEL fuel will reduces the waste by over 80% and ends up with much less plutonium (Pu) because more of the Pu is burned to make energy while making the spent fuel proliferation resistant. Less spent fuel means less refueling, less cost, less fuel handling and less volume to dispose.

In addition, PHWR/CANDU reactors don’t have to be shut down to refuel, and can be refueled at full power. The Kaiga Unit-1 Indian PHWR, and Darlington Unit 1 in Canada, hold the world records for continuous operation at 962 days and 963 days of uninterrupted operation, respectively.

In an existing CANDU/PHWR using natural uranium, each fuel bundle weighs roughly 15 kg. After the first 150 days of operation, an average of eight such bundles would need to be replaced daily for the rest of the reactor’s operating life of 60 years.

With the ANEEL fuel, each fuel bundle weighs approximately 10.65 kg. After the first 1,400 days of operation, an average of only one such bundle would need be replaced daily for the remainder of the reactor’s operating life, leading to significantly less waste.

The Interesting Thing About Thorium

Texas A&M will fabricate the ANEEL fuel pellets at their Nuclear Engineering and Science Center and deliver them to INL. INL will conduct high burn-up irradiation testing of the ANEEL fuel pellets (up to 70,000 MWd/T) in INL’s accelerated test rig at their Advanced Test Reactor. This will be followed by post irradiation examination and fuel qualification, all under the stringent guidelines and quality assurance requirements of the DOE and the NRC.

There is well over twice as much Th on earth than U. And like U, it can be extracted from seawater, making nuclear completely renewable, as renewable as the wind. India itself has more Th than U, particularly as monazite sands, a reason they have been pursuing Th in nuclear reactors for decades.

Whenever the United States is involved in another country’s nuclear program, that country signs various agreements related to security, weapons nonproliferation and nuclear materials, including nuclear fuel.

Agreements like a 1-2-3 Agreement, and other agreements like those committing the country to forgo domestic uranium enrichment and reprocessing of spent fuel are put in place, as well as signing the International Atomic Energy Agency’s Additional Protocol, which institutes more stringent inspection regimes.

To date, the U.S. has entered into roughly twenty-three 1-2-3 Agreements with 48 countries, including the Ukraine, Morocco, Egypt and Taiwan.

But the United States’ nuclear program has atrophied over the last few decades. At the same time, other countries have strengthened, particularly Russia and China, both of whom have state-owned enterprises and are less than caring about security and environmental concerns, as well as others like South Korea whose industry is government-supported in ways that just can’t happen in the United States.

So having a new fuel made in America that can be used in reactors in other countries brings the United States back into play in the nuclear supply chain, and allows us to reach more of the nations around the world.

With current bilateral recognition in the United States that nuclear is necessary for clean base-load energy, CCTE’s ANEEL fueled PHWR/CANDU reactors could be deployed to more emerging countries faster by easing concerns of proliferation and waste management.

And maybe we can actually decrease the amount of coal burned.