This Robot Could Perform Your Colonoscopy In The Near Future 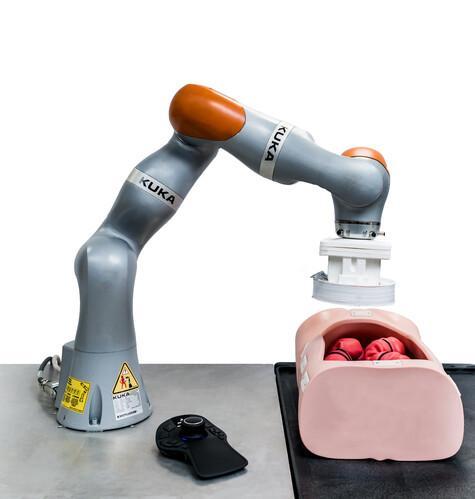 Increasing the roles played by robots in society can conjure various visions of both utopias and dystopias, depending on your level of comfort with and trust in technology.

Case in point: A team of scientists based at the University of Leeds in the UK has developed a semi-autonomous robotic system to perform one of the most intimate and dreaded routine medical procedures around: the colonoscopy.

“What we have developed is a system that is easier for doctors or nurses to operate and is less painful for patients,” explains Pietro Valdastri, a professor of robotics and autonomous systems overseeing the research. “It marks an important step in the move to make colonoscopy much more widely available – essential if colorectal cancer is to be identified early.”

Today most colonoscopies are done by a medical professional who must carry out the demanding task of inserting a flexible tube with a medical device on the end into a patient’s anus and maneuvering it into place.

The new robotic system involves a smaller, capsule-shaped device on the end of a narrow cord. A robotic arm equipped with magnets then moves around the outside of the patient, guiding the capsule, which also has tiny magnets that allow the device to be guided to the proper location inside the patient.

The researchers say the system is not only less painful but easier to use for medical professionals as well.

As part of the research, which is published Monday in Nature Machine Intelligence, the team developed different levels of robotic assistance. An operator can either completely control the robot’s movements using a joystick, allow the system to move the capsule to a pre-determined placement on its own using computer vision, or employ a hybrid version, where the system works autonomously using computer vision as above, but this can be over-ridden by the operator.

Participants in the research had a 56 percent success rate at maneuvering the capsule in place using the joystick. The success rate went up to 96 percent with full automation and 100 percent using the hybrid model.

“Robot-assisted colonoscopy has the potential to revolutionize the way the procedure is carried out,” said Dr. Bruno Scaglioni, a co-lead on the study. “It means people conducting the examination do not need to be experts in manipulating the device.”

Scaglioni hopes the technology could make the procedure more widely available and accessible.

First it will have to overcome some of the reservations many patients will surely have about handing over control of a probe working its way up their colon to a machine.

But the reality is that robot-assisted surgery is already on the rise, and eventually, patients may not have much of a choice.

Either way, we have some time to get comfortable with the idea. Patient trials of the new robotic system won’t begin until next year or early 2022.