This Priestess Is Teaching Others The Truth About Vodou And Hoodoo 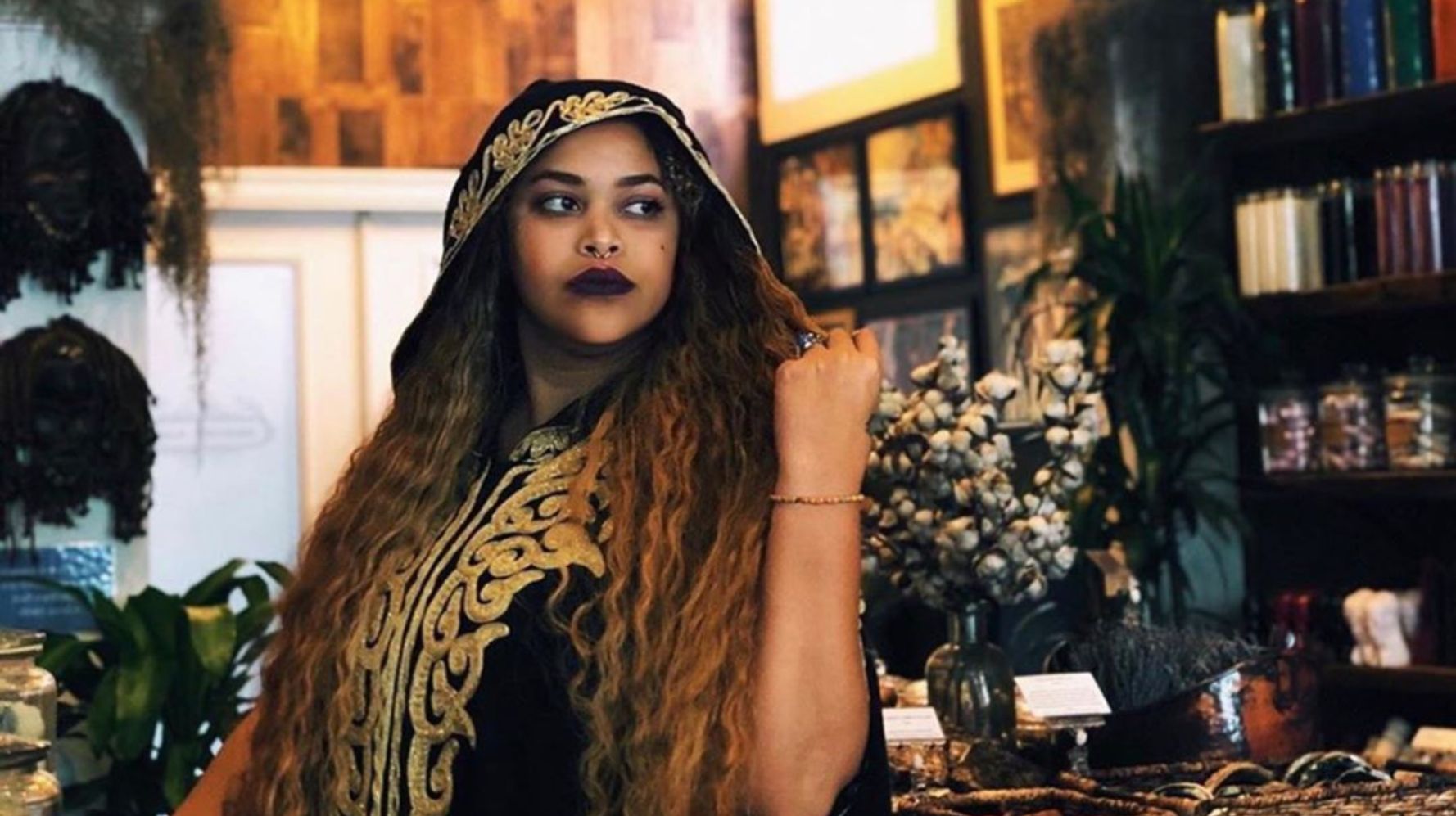 Manbo Jessyka Winston had no plans to turn her spiritual practice into a business. However, in the spring of 2019, Winston believes her spirits guided her to create Haus of Hoodoo, a New Orleans-based botanica, or religious store, with an Instagram following of more than 100,000.

The native of the Dominican Republic is now using her social media platform as a tool to help combat some of the false beliefs surrounding Vodou and Hoodoo.

Vodou means “spirit or deity” in the Fon language of what is now Benin. Africans who were enslaved and brought to colonial Saint-Domingue, or present-day Haiti, developed the practice in the 16th and 17th centuries. One of the main ideologies of Vodou is that humans live among Iwa, or spirits, as well as Mystè (mysteries), Anvizib (the invisibles), Zanj (angels) and souls of the ancestors. Winston is a “manbo,” a Vodou priestess.

“Vodou is something that’s just always part of my family from my mom’s side,” Winston told HuffPost. “Vodou is roots; Vodou is food; it’s music; Vodou is prayer. It’s song, dance; Vodou is worship; it’s nature; it’s knowing that everything around you is connected to you.”

The belief that Vodou is evil and Vodou is dark comes from the fact that Vodou is Black. Anything Black has been demonized for generations.
Manbo Jessyka Winston

For years, Winston practiced Vodou privately. Initially, she only shared her work with friends to provide them with spiritual support and assistance. However, her talents spread by word of mouth and eventually led her to found Haus of Hoodoo, a botanica that started off as an online store and now has a storefront in New Orleans.

“Hoodoo’s ancestor is Vodou,” Winston told HuffPost about the religion that is her brand’s namesake. Enslaved Black people in America “took from Vodou what they could, and then they mixed with what was already here, which is Native American traditions and a little bit of European traditions, and that’s what Hoodoo became,” she explained.

There’s a common misconception that Hoodoo and Vodou are the same practice, but there are key differences. Hoodoo is a form of traditional African American folk magic that developed from a number of separate African cultures after enslaved Black people were taken to the United States. In the book “Mojo Workin’: The Old African American Hoodoo System,” sociologist and author Katrina Hazzard-Donald says Hoodoo first emerged in the southeastern United States when people from present-day Congo, Sierra Leone and Ghana came to America.

One of the biggest fallacies associated with Hoodoo and Vodou is the belief that both religions are connected to the devil and satanism. A number of Hollywood films have sensationalized elements of Vodou. Winston believes the religion is demonized because of its African roots.

“The belief that Vodou is evil and Vodou is dark comes from the fact that Vodou is Black,” the priestess told HuffPost. “Anything Black has been demonized for generations. The thing is that the devil and demons don’t come from Black culture, they come from European culture.”

The success of Haus of Hoodoo has helped Winston develop a following on social media, where she uses her platform to demystify these religions. Although many people believe that Vodou is evil, Winston says she uses Vodou and Hoodoo as tools for healing.

The fastest-selling products at Haus of Hoodoo are Winston’s conjured fixed candles. At the botanica, visitors can find candles for love, healing, fertility, success and protection. Before COVID-19 forced people to social distance and self-quarantine, Winston was most commonly asked how to find love. However, the pandemic has motivated many to turn to spirituality and seek protection.

In the past few months, uncertainty about how the pandemic would affect Haus of Hoodoo caused Winston’s anxiety to flare up. She was forced to temporarily close her storefront and rely on her online shop.

With so many people turning to spirituality, the success of Winston’s online shop has led to the establishment of a new headquarters for Haus of Hoodoo that’s expected to open later this month.

“We have closed on a building that was going to be now our official headquarters and fulfillment center,” she said, noting that the space will serve as a warehouse for all the products sold at Haus of Hoodoo.

“We now have a building to grow into, which is fantastic. Haus of Hoodoo is growing, and it’s becoming something bigger than me.”

Winston’s mission is to establish her own temple in Haiti in the next five to 10 years. However, the business owner is also committed to shining a positive light on Vodou, Hoodoo and all things related to African religions and culture.

“It’s important to me that we remove the evil and the devil and the fear. It’s important to me that people are educated. I want people who are strong in these traditions to feel comfortable enough to step forward and educate, and work on removing the misconceptions and removing the taboos and the ugly that has been attached to anything Black for so many generations.”