This is what a world looks like with just over 1 degree of global warming. The planet could get much hotter 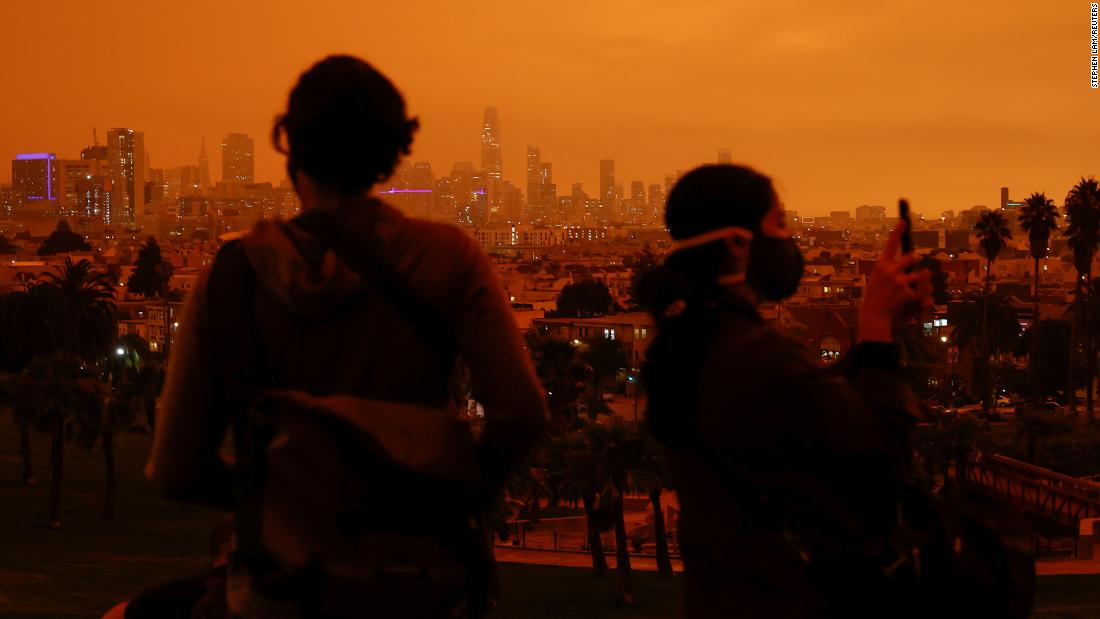 The scale of the fires burning in the Western US right now are unprecedented.

To scientists, the fingerprints of global warming on these wildfires — and so many other disasters, from the fires that scorched Australia to the hurricanes that have slammed the US — are clear.

And as devastating as they have been, far worse disasters could be on the horizon.

How bad it gets depends on what we as humans do to reduce heat-trapping gas emissions, said Michael Mann, the director of Penn State University’s Earth System Science Center.

“By some measure, it’s clear that ‘dangerous climate change’ has already arrived,” Mann said in response to emailed questions from CNN. “It’s a matter of how bad we’re willing to let it get.”

Though the scale of destruction is hard to fathom, climate scientists say we should not be surprised.

“It’s shocking to see the impacts, but not scientifically surprising,” Daniel Swain, a climate scientist at UCLA and the National Center for Atmospheric Research told CNN on Tuesday. “This is in line with essentially every prediction for what could happen this year and the trends we’re seeing over years and decades.”

Scientists have warned for years that fire seasons like this could come to pass, and that the more we humans heat up the planet, the more we are increasing the odds in favor of the hot, dry conditions conducive to fires.
So far, the planet has warmed by a global average of roughly 1.2 degrees Celsius since the 1880s, with human activity responsible for the bulk of that increase.

This warming is clear in long-term temperature graphs for the state of California, such as this one below from the nonprofit environmental monitoring organization Berkeley Earth, which shows that August temperatures in the state have climbed steadily over the last 150 years.

This past August was the warmest on record for the state of California, according to NOAA, and each of the past six years were at least 1 to 2 degrees Celsius (1.8 to 3.6 degrees Fahrenheit) warmer than the historical average.

“That couple of degrees of [average] warming over decades … you don’t notice it as much, but it’s still there lurking in the background, sucking extra moisture out of the vegetation and the soil,” Swain said.

According to the National Climate Assessment, a major “state-of-science” review of climate change and its projected impacts on the US, additional warming of about 1.4 degrees Celsius (2.5 degrees Fahrenheit) can be expected over the next few decades regardless of future emissions.

By the second half of the century, the uncertainty range for the amount of warming grows tremendously, as so much will depend on potential cut backs in carbon emissions in the near future.

The future depends on ‘what we choose to do’

Lockdowns and shelter-in-place orders during the Covid-19 pandemic did result in the largest drop in greenhouse gas emissions in recorded human history.
But scientists expect the reductions will be temporary, and the policies that brought emissions down — i.e. forcing people to stay home — are not sustainable.

And despite the brief dip in heat-trapping gas emissions, atmospheric carbon dioxide concentrations are still the highest they’ve been in at least 800,000 years.

Scientists say the impacts of climate change are growing worse before our very eyes.

“If you’re in California, or on the Gulf Coast, or in Puerto Rico, Texas, the Carolinas, or Iowa, you’ve seen the devastating consequences of climate change already,” Mann said.

Still, he says there is time left to flatten the curve of global warming impacts, but the longer we wait, the steeper that curve gets.

“So much depends on what we choose to do,” Mann said. “If we keep planetary warming below 1.5 Celsius, which is still possible given concerted climate action, we can keep climate change impacts within our adaptive capacity. If we don’t, we will likely exceed it.”