Theoretically, two layers are better than one for solar-cell efficiency 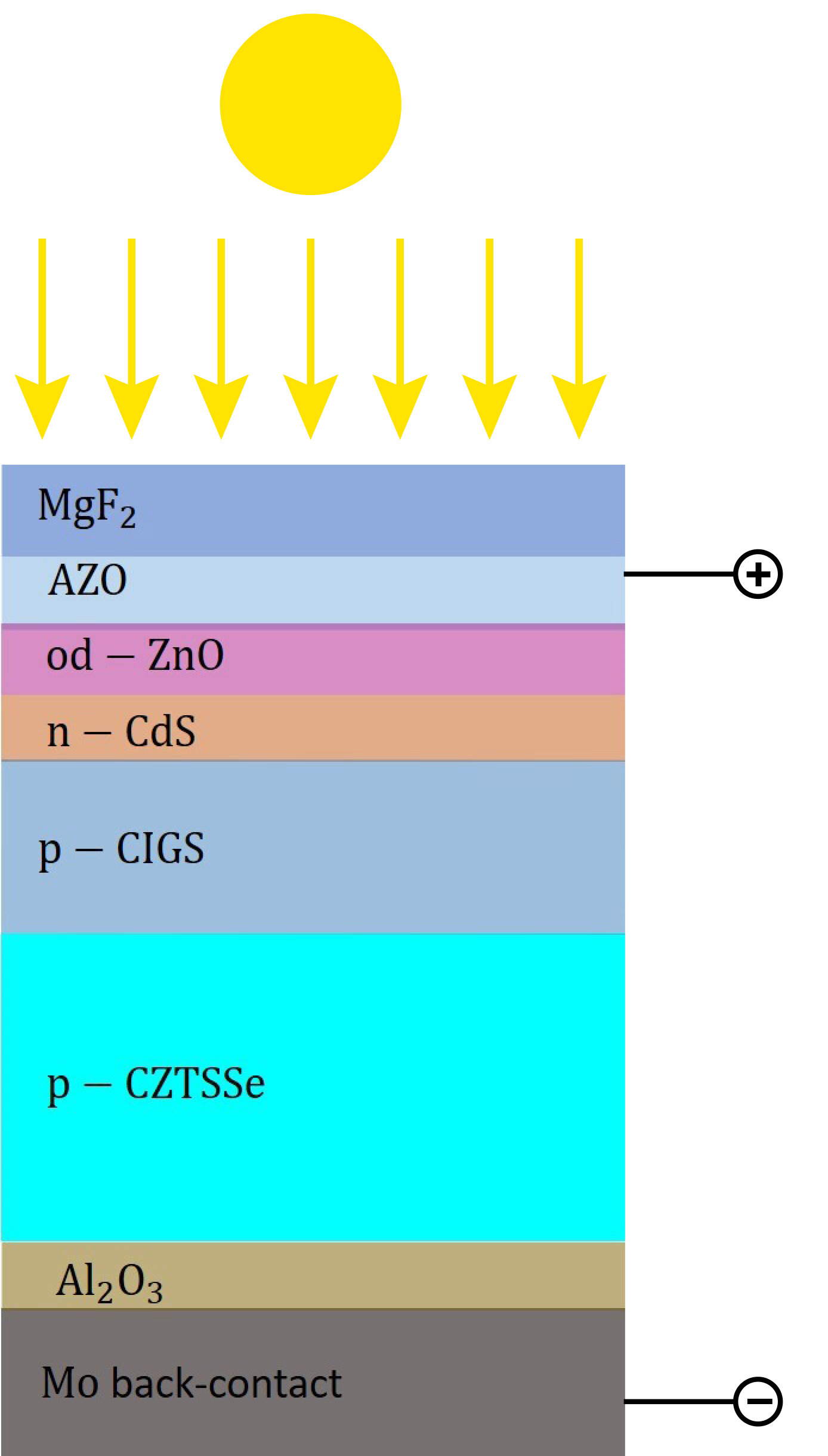 Solar cells have come a long way, but inexpensive, thin film solar cells are still far behind more expensive, crystalline solar cells in efficiency. Now, a team of researchers suggests that using two thin films of different materials may be the way to go to create affordable, thin film cells with about 34% efficiency.

“Ten years ago I knew very little about solar cells, but it became clear to me they were very important,” said Akhlesh Lakhtakia, Evan Pugh University Professor and Charles Godfrey Binder Professor of Engineering Science and Mechanics, Penn State.

“I decided to create a model in which both electrical and optical aspects will be treated equally,” said Lakhtakia. “We needed to increase actual efficiency, because if the efficiency of a cell is less than 30% it isn’t going to make a difference.” The researchers report their results in a recent issue of Applied Physics Letters.

Lakhtakia is a theoretician. He does not make thin films in a laboratory, but creates mathematical models to test the possibilities of configurations and materials so that others can test the results. The problem, he said, was that the mathematical structure of optimizing the optical and the electrical are very different.

Solar cells appear to be simple devices, he explained. A clear top layer allows sunlight to fall on an energy conversion layer. The material chosen to convert the energy, absorbs the light and produces streams of negatively charged electrons and positively charged holes moving in opposite directions. The differently charged particles get transferred to a top contact layer and a bottom contact layer that channel the electricity out of the cell for use. The amount of energy a cell can produce depends on the amount of sunlight collected and the ability of the conversion layer. Different materials react to and convert different wavelengths of light.

“I realized that to increase efficiency we had to absorb more light,” said Lakhtakia. “To do that we had to make the absorbent layer nonhomogeneous in a special way.”

That special way was to use two different absorbent materials in two different thin films. The researchers chose commercially available CIGS—copper indium gallium diselenide—and CZTSSe—copper zinc tin sulfur selenide— for the layers. By itself, CIGS’s efficiency is about 20% and CZTSSe’s is about 11%.

These two materials work in a solar cell because the structure of both materials is the same. They have roughly the same lattice structure, so they can be grown one on top of the other, and they absorb different frequencies of the spectrum so they should increase efficiency, according to Lakhtakia.

“It was amazing,” said Lakhtakia. “Together they produced a solar cell with 34% efficiency. This creates a new solar cell architecture—layer upon layer. Others who can actually make solar cells can find other formulations of layers and perhaps do better.”

According to the researchers, the next step is to create these experimentally and see what the options are to get the final, best answers.

Citation:
Theoretically, two layers are better than one for solar-cell efficiency (2020, September 15)
retrieved 16 September 2020
from https://phys.org/news/2020-09-theoretically-layers-solar-cell-efficiency.html