The Story Behind TIME’s Issue Marking Nearly 200K US Deaths 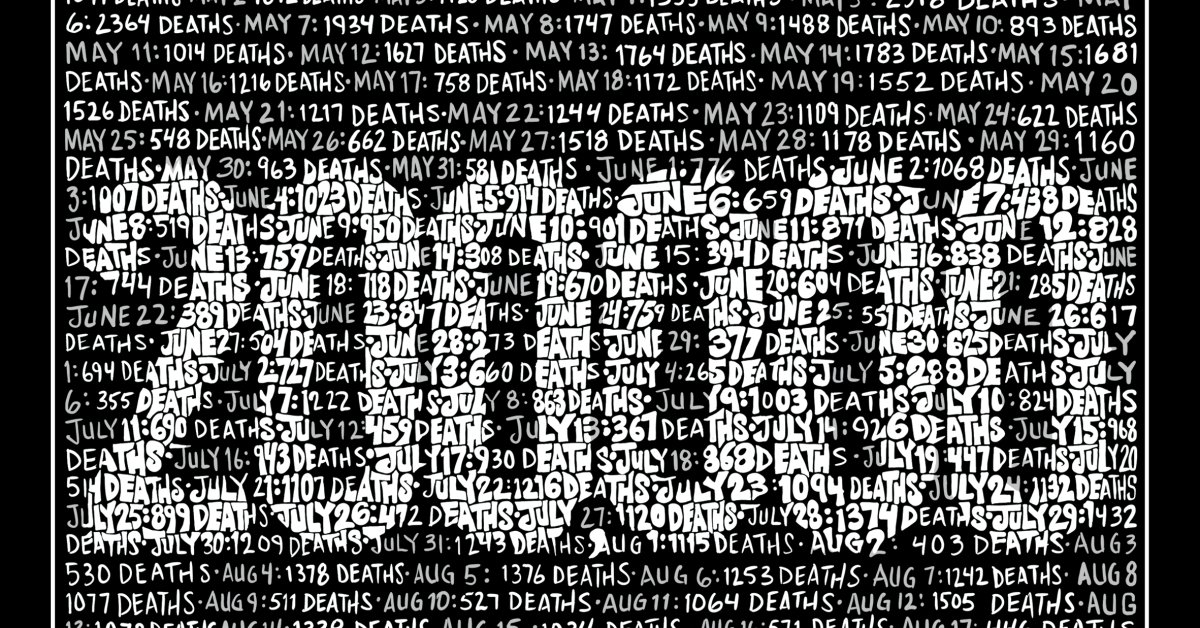 In March, as the global pandemic hit New York, my colleague Kat Moon decided–wisely, it turned out, given what was ahead for the U.S.–to decamp to her childhood home, Taipei. Despite its proximity to mainland China, where the outbreak originated, Taiwan has seen only 495 cases and seven deaths among its more than 23 million people, making its response to the coronavirus one of the most successful in the world. So successful, in fact, that last month it was able to host one of the largest public gatherings reported since social distancing began: a 10,000-person live arena concert, which Moon and photographer An Rong Xu attended and covered for TIME. As one U.S. reader put it on Twitter, “An arena concert taking place with corona restrictions honestly seems like it’s happening on another planet considering what’s going on here in the U.S.”

While a great many mysteries remain around COVID-19, the most effective ways to curb its spread are not among them. That is the theme of this week’s cover story by Alex Fitzpatrick and Elijah Wolfson, echoing what scientists around the world have made clear now for many months. “Not testing alone. Not physical distancing alone. Not contact tracing alone. Not masks alone. Do it all,” says World Health Organization director-general Tedros Adhanom Ghebreyesus. “Countries that have adopted this comprehensive approach have suppressed transmission and saved lives.”

And then there is the U.S., which will soon cross a devastating marker: 200,000 deaths caused by COVID-19. That death toll–equivalent to U.S. deaths in more than three Vietnams, or the entire population of Salt Lake City–is the world’s largest by far and more deaths per capita than in all but 12 other countries.

I spoke this week to Tom Ridge, the former Republican governor of Pennsylvania who later served as the first Secretary of the Department of Homeland Security–a role created after Sept. 11, 2001, out of the recognition that the threat of terrorist attacks on American soil would forever be part of the nation’s reality. There are clear parallels not only with the continuing threat of COVID-19 but also with the likelihood of future pandemics that virologists predict may well be worse. “We see in a painful and dramatic way the globalization of disease, and it’s incumbent on us to make some rather substantive changes,” Ridge says. “If we don’t, then shame on us and shame on our leadership.”

For this week’s U.S. cover, we turned to artist John Mavroudis, who–using data from the Johns Hopkins Coronavirus Resource Center–handwrote the death counts in America on every one of the 193 days between Feb. 29, the first confirmation of a COVID-related death in the U.S., and Sept. 8, as it neared time to go to press. Out of that data, the illustration reveals the coming grim milestone of 200,000. Creative director D.W. Pine then placed the illustration within a black border–only the second time in our history we have done so, the first being after 9/11. “I really hope this cover is a wake-up call for those who are numbed to this catastrophe,” says Mavroudis. “Science and common sense are the answers to this crisis.”

There is some good news.

The data suggest that we are reducing the death rate in America among people who contract the virus. And as TIME’s Alice Park notes elsewhere in this issue, it’s possible that at least one vaccine may be available by the time 2020 comes to an end, although distribution will create many new questions and challenges. In the meantime, it is not too late to do better.

The Coronavirus Brief. Everything you need to know about the global spread of COVID-19