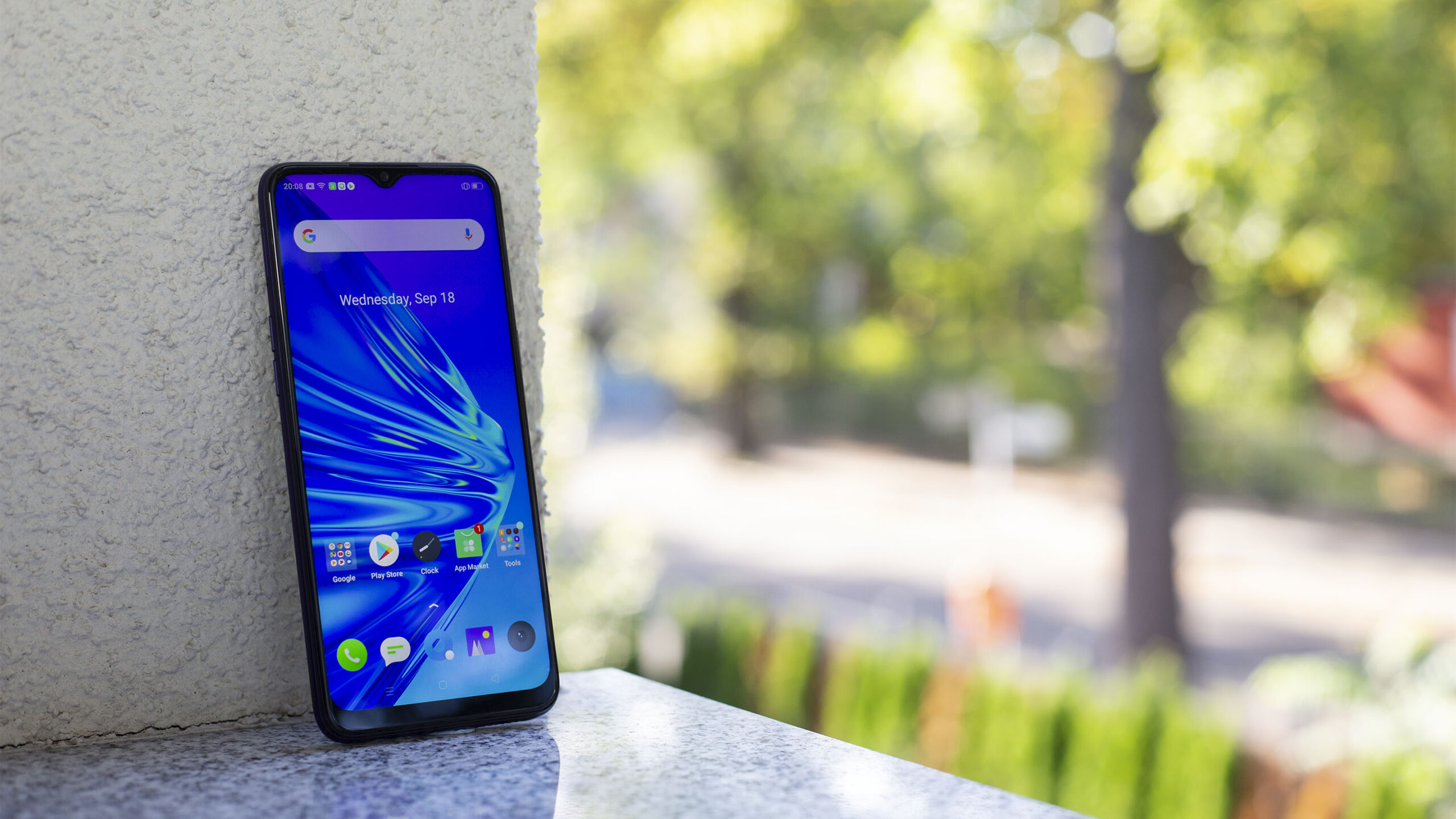 The Realme 5 Pro, which was launched in the market, has a different camera from the previous series. On the back of the smartphone, four cameras are embedded. The placement is slightly protruding, but the case that is bundled in the sales package makes it look flat.

Realme 5 Pro has a 6.3-inch FHD + screen (2340 × 1080 To the right of the Realme 5 Pro rear camera module, there is a capacitive fingerprint sensor, where the response is quite fast and reliable. Meanwhile, the Type-C charging port and 3.5mm audio jack is on the underside of the body. As for the screen and performance, we will discuss it below.

pixels) which offers a wider and clearer view. With an elegant “dewdrop design”, the front camera and sensors are integrated at the top of the screen.

Realme claims the face is more than a 90 percent screen-to-body ratio so it looks frameless. The notch is also 30 percent smaller than smartphones on the market today.

Regarding the interface, Realme 5 Pro is equipped with the latest ColorOS 6.0 user interface and has a design tailored to stock Android (specially designed for this smartphone), so that it provides a simple and smooth user experience.

This smartphone is also equipped with GPU Adreno 616, with graphics performance and energy efficiency increased by up to 35 percent compared to the previous generation.