The new technology innovations to expand geothermal energy use in Europe 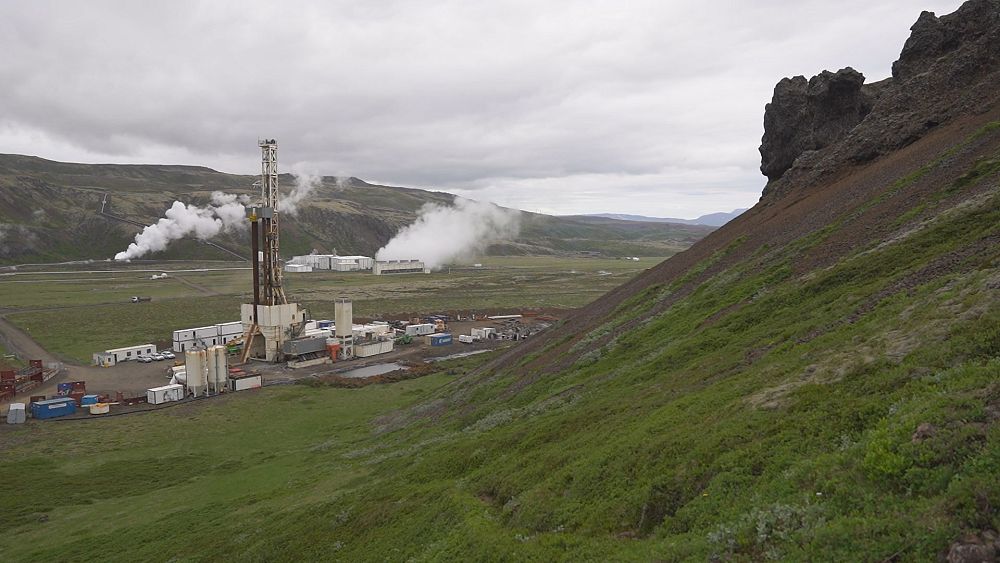 There are currently around 130 geothermal power stations operating in Europe, a 5% increase compared to 2019. That number could double in the next five to eight years.

The challenge is how to ensure they are safer, more reliable, more cost‐efficient ‐ and, crucially, that they are as environmentally friendly as possible.

To this end, European scientists have been designing and developing new technologies that are currently being tested in Iceland.

Nesjavellir Geothermal Power Station is the second biggest such facility in Iceland. It produces around 120 Megawatts of electrical power.

Temperatures can reach 460°C below the surface and the pressure levels are extremely high; it’s a tough, demanding environment for drilling.

Vilhjálmur Gudmundsson, the Marketing and Sales Director with the company Iceland Drilling, says the process of extracting the energy puts enormous pressure on ‐ and restricts the lifespan of ‐ the equipment and infrastructure used in the process:

“The problem in geothermal energy in general is that you are dealing with a lot of heat. And when you need to maintain wells, sometimes you need to cool the wells down.

“That will eventually destroy the casings, because of the expansion”.

But the fully‐automated rig is testing new technology to try to minimise these issues, bring down maintenance costs and increase the efficiency of the drilling operations. The technology was developed by scientists as part of a European research project, coordinated from the Isor Iceland GeoSurvey Institute in Reykjavik.

Isor is one of the partners in the European Union’s Geowell Project, along with other renowned research institutions including IRIS in Norway, GFZ in Germany, TNO in the Netherlands and BRGM in France. Geowell is aiming to develop reliable, cost-effective and environmentally safe technologies for design, completion and monitoring of high-temperature geothermal wells, leading to the expansion in use of this technology.

The objective is to enhance and improve flexible versions of the couplings to allow their thermal expansion, yet minimise the risk of them buckling.

“When we have the different sections of the pipes connecting into the connectors, normally the system is fixed.

“But instead, our flexible couplings are allowing the pipe to expand into the couplings. This means that we are taking away the stress in it. And then we are cooling down the well again and we can then allow it to open up again”.

Þorbjörnsson adds that the new technology could be especially promising for new geothermal reactors on mainland Europe; this is because ‐ unlike in Iceland ‐ the potential energy resources are to be found at much greater depths:

“There, it takes deeper wells and longer casing segments. And that means that you have more problems in the wells than you probably have in our case here.

“Flexible couplings here in Iceland go two kilometres deep. But in Europe you have to go to five or six kilometres, perhaps”.

The materials used were carefully verified to assess the likelihood of the long lifetime that’s required for the newly‐developed design.

Standards within the drilling industry are set very high as far as safety and reliability are concerned.

Árni Ragnarsson, Isor Quality Manager and an experienced engineer, says innovation can sometimes be slow within the industry:

“For a typical geothermal plant, the drilling cost can be up to 30-35% of the total cost.

“The drilling industry is (normally) using well known proven technology. I don´t think it is easy to convince them to try something that is new”.

“It saves money in the operation. So operational costs will be less. The lifespan of the well will be longer. That’s the main advantage”.

Researchers project that the cost efficiency could be passed onto consumers; reduced maintenance costs should lead to reduced energy bills in the longer term.