The Future of Death & The Science Of The Digital Afterlife 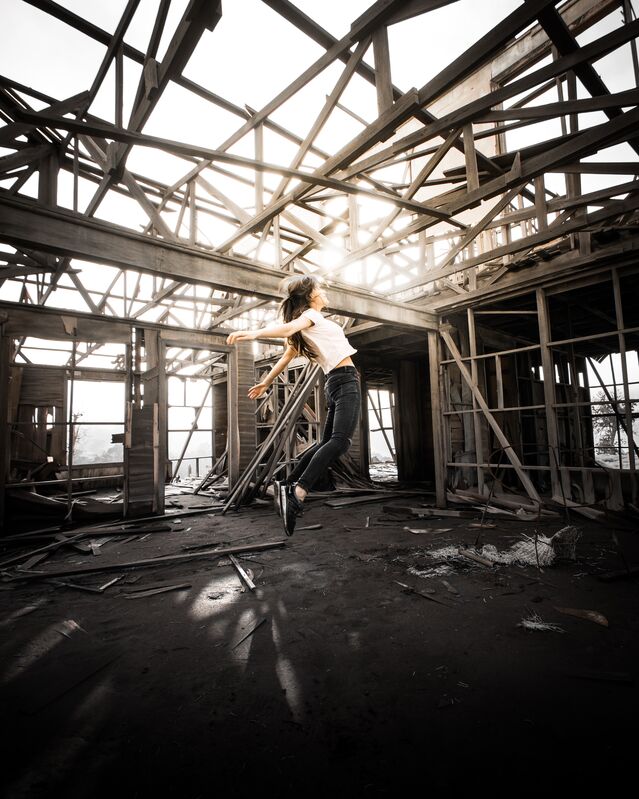 Benjamin Franklin famously said, “In this world, nothing is certain except death and taxes.” As a society, people have always tried to cheat on their taxes. More recently, people are getting serious about cheating death.

Investments in breakthrough medical technologies have never been stronger. Craig Venter, who mapped the human genome in 2007, founded Human Longevity Inc. in 2014 to end aging, and extend the human lifespan. Google’s Calico invests tens of millions of dollars a year into ‘long-shot’ life extension medical technologies.

On an individual level, billionaire Peter Thiel receives injections of blood from younger individuals. Some may find the unorthodox methodology disturbing (it was famously parodied in HBO’s Silicon Valley), but few can fault the motivation behind it. Who can disagree with wanting to cheat death?

More recently, ideas about life extension have taken another turn. Enter the world of mind uploading, and the promise of a digital afterlife.

The Science of Mind Uploading and The Digital Afterlife

Here, the idea isn’t to make the human body everlasting, but rather, to make it obsolete. Why try to cure an ailing, biological body when you can just copy the essential bit (e.g., your mind) and upload it onto a virtual interface?

The idea is to upload a person’s mind in its entirety into physical storage. And once there, migrating the ‘person’ into an avatar within a stimulated, digital world. Think Second Life or Animal Crossing, but instead of controlling your avatar remotely, you (via your uploaded mind) are the avatar.

Ideas about a digital afterlife have inspired a wave of science fiction, from Johnny Depp’s Transcendence, Amazon’s Upload, to several Black Mirror episodes. But how far are we from these fantasies? As scientists team up with Silicon Valley giants, could a digital afterlife be possible?

Where to start? Mind uploading is predicated on monism, the idea that the mind and the brain are fundamentally the same entity. That is, “you”—in all of your thoughts, emotions, memories and human complexity—is your physical brain. 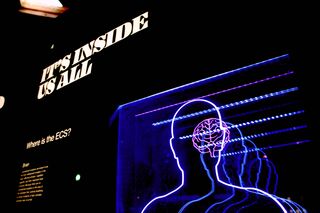 Based on a range of findings from neuropsychology (studying patients with severe brain injury), as well as neuroimaging techniques such as fMRI, EEG, and TMS, this is consistent with current scientific thinking. So far, so good. If your aim is to localize a person’s essence for upload, the brain is undoubtedly the spot.

Therefore if you could, in principle, copy or upload the human brain to an external source, you could copy the person’s essence. Not their body or skin, but their personality,  memories, and core “self.” All of it is encoded in a complex web of neuronal connections, which somehow comes together to create “you,” the conscious, self-aware being. As philosopher Rebecca Goldstein notes,

“Sure, consciousness is a matter of matter—what else could it be, since that’s what we are—but still, the fact that some hunks of matter have an inner life … is unlike any other properties of matter we have yet encountered, much less accounted for. The laws of matter in motion can produce this, all this? Suddenly, matter wakes up and takes in the world?”

Now, identifying the goal is the easy part. The difficulty comes with doing this at the scale required.

Neuroscience and Neuroimaging At Scale

The primary challenge of mind uploading comes with capturing the brain’s incredible complexity. Every memory you can access, every non-trivial experience in your life that’s had an impression, all of the nuances of your personality, the impact of culture, etc. Each person is incredibly complex, nearly beyond measure. 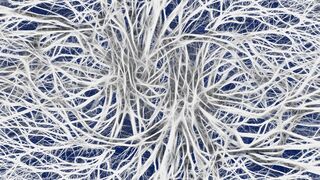 The primary obstacle to mind uploading is the brain’s incredible complexity.

Your brain, your ‘self,’ in all of its neuronal and syntactic complexity is called a connectome. Think genome, but for the brain. And this is what needs to be copied. As Neuroscientist Michael Graziano remarks,

… if we could measure all the neurons in someone’s brain, catalog which ones are connected to which, and characterize those synapses, we’d have the essence of the person. The idea is that if scientists were able to map the human genome, an accomplishment once thought to be impossible, then they can tackle an even greater technical challenge and map the human connectome. Each person has his or her own unique connectome, defining a unique mind.

Indeed, in January of 2020 the entire connectome of a fruit fly was modeled in exactly this way, in all of its synaptic connectivity. Science is making progress. Let’s look at how we can apply this to humans.

The Science of Connectomes

The difficulty, of course, is that the human brain is much more complex. The connectome for the fruitfly took 12 years and cost over $40 million. It has about 25,000 neurons and 20 million synaptic connections. Recall that the human brain has over 90 million neurons, and over 100 trillion synaptic connections. As Neuroscientist V.S. Ramachandran once remarked, given the brain’s complexity – that there are more possible combinations and permutations of possible brain states than there are elemental particles in the known universe.

Capturing this level of detail sounds forlorn. This doesn’t make a human connectome impossible in principle, but it does add significant difficulty. MRI (magnetic resonance imaging) machines are technically designed for this very thing—taking a high resolution, 3D images of the brain. High quality, 3D images can be generated pain-free in less than 20 minutes. 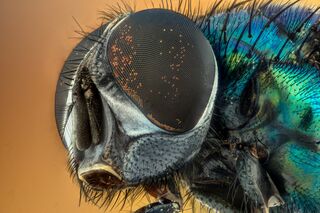 Scientists created a connectome of a fly—a complete mapping of its brain. Could humans be next?

The 3D image created by MRI looks great at first glance. But when we drill down, it comes nowhere close to capturing the complexity and detail of a complete connectome. Today’s highest resolution MRI machines can take a picture of about half of a cubic millimeter. To capture an individual synapse of neurons, we’d need a resolution two orders of magnitude more sharp—a thousandth of a millimeter.

But even if we could get that degree of resolution, we’d still be omitting crucial elements of the brain. For example, certain synapses are more potent than others, and certain synapses communicate with different electro-chemicals. These may seem like small differences, but slight inaccuracies in recording these ‘nuances’ change the very fabric of the ‘person.’ Capturing these would be crucial to maintaining an accurate connectome, and would likely require entirely different technology.

Lastly, while it’s understood that the lion’s share of the brain’s computation comes from neurons, other cells in the brain, such as glia also play important roles in supporting the brain. Most of this has to do with providing the brain’s physical integrity, but recent findings suggest they also impact processing through the secretion of certain chemicals on neurons and synapses. Ignoring these additional ‘nuances,’ and the whole connectome is fundamentally altered.

It’s worth noting that, not only are the technical hurdles immense but the margin for error is slim to none. Even if the connectome is 99.9%, that .01% can be massively influential—tilting essential aspects of your psychological experience in drastic ways. As Graziano points out, concussions—which cause minor swelling of the brain, can lead to dizziness, memory problems, and headaches that linger on for months.

Considering every aspect of one’s psychological experience and moment to moment experience (pain, depression, terror, and all negative emotions very much included), it’s hard to know just how excruciatingly disruptive small differences could be.

So where does this leave us? Overall, we’ve got a ways to go. The sheer scale of the brain presents a potentially insurmountable hurdle in the brain copying process. Beyond that, even if we were able to precisely copy a brain and upload, there is still the immense technical challenge of having the ‘person’ control an Avatar remotely via their own brain activity. Not to mention, the ethical quagmire of who to select for such an expensive, elaborate procedure. Simply granting everlasting life to the highest bidder would leave out many others who are potentially more deserving (and who’s everlasting insights would be more beneficial to society as a whole).

However, the digital afterlife remains an interesting area to monitor. In principle, it remains a technical possibility, even if it has a long way to go.

When it comes to Franklin’s famous axiom, death remains a certainty. Until further notice, we’d have better luck with taxes.

This post originally appeared on the consumer behavior blog PopNeuro.