The Air Force Says It’s Digitally Designed And Flown A Fighter Prototype Super Fast. Can It Field The Plane At Anything Approaching That Speed? 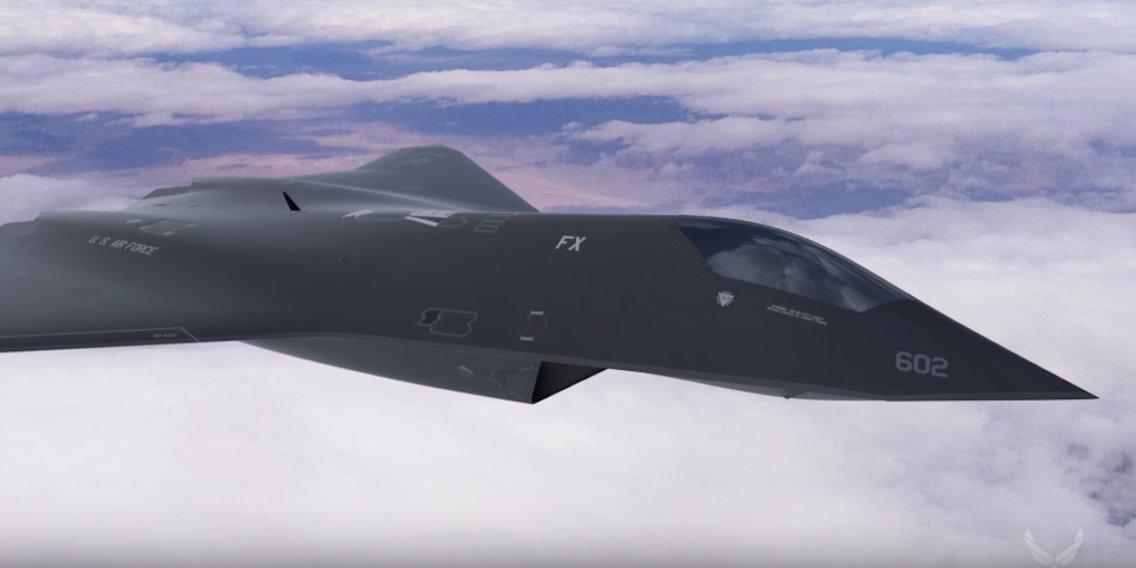 By now, you may have heard that the Air Force revealed Tuesday that it has secretly designed, built and flown a prototype of its next-generation fighter jet.

It’s an attention-getting tidbit with the underlying implication that instead of taking 20-plus years to come up with a new fighter like the F-35, America might able to put a new airplane (or multiple aircraft) in the air in just a few years. But beyond the attention-grabbing headlines, there’s very little detail on what the USAF has done, how long it really took, and what it means for a future fighter and the way the Department of Defense buys aircraft.

One could play the old “20 Questions” game with the new prototype announcement. But asking a few broad questions could provide a lot of insight if there were answers. The first might be – what is the prototype?

In revealing its existence, the Air Force’s top acquisition official, Dr. Will Roper, offered almost no details. The hardware is conceptually part of the USAF’s Next Generation Air Dominance (NGAD) family of connected air warfare systems that could include fighters, drones, space-based platforms or cyber systems.

Roper did tell Defense News, “We are ready to go and build the next-generation aircraft in a way that has never happened before.”

That’s an allusion to the use of new digital design and construction processes that the Air Force also sought to highlight with its new “e Series” nomenclature. But we don’t know what they built.

Is the prototype is manned or unmanned? Is it the foundation for an operational aircraft or a scaled-down testbed? We don’t even know if there’s more than one.

Mark Gunzinger, director of Future Aerospace Concepts and Capabilities Assessments for the Mitchell Institute for Aerospace Studies, says, “I do think they’ve flown a full-sized platform. Now, that does not mean that it has full weapons systems, integrated mission systems, avionics, etc.”

Gunzinger’s past experience includes working on behalf of the Chief of Staff and Secretary of the Air Force on future operational concepts for air warfare. He adds that Dr. Roper asserted that some of the prototype’s mission systems are now being tested in other aircraft. That suggests a familiar coordinated development path, that the aircraft could be the practical foundation for a future fighter and a test bed at the same time.

“It could be a test of the e-design theory – how quickly can we e-design, stress it and actually fly it to prove the concept? Could they then take that prototype, make some tweaks, mature the platform and make it the basis for a production aircraft? Yeah, they could.”

The Air Force might also view it as an accelerated learning experience and return to another, somewhat different e-design. “It’s hard to say how clearly they’ve proven the theory of the case for e-design,” Gunzinger observes.

In short, there’s no guarantee that whatever they’ve created and flown will be procured as America’s next generation fighter.

The day before news of the prototype broke Tuesday, the Air Force announced its “e-Series” designation for digitally designed aircraft, obviously aiming to highlight the benefits and relative brevity of e-design.

Will Roper was also quoted as saying that not only had the Air Force built and flown the prototype, but that “we broke records in doing it.”

Presumably, that means design/build/fly in a short time. Roper has previously cited the need for a “Digital Century Series” type of aircraft development, recalling the rapid-fire development and fielding of a dozen American fighter aircraft within a decade beginning in the 1950s. It’s worth noting, that development was done with analog drafting tables and slide-rules rather than digital tech, suggesting that determination and necessity count for as much as the tools used.

The idea of far quicker fighter and weapon system development has universal appeal, potentially lowering cost and making U.S. adversaries play catch-up. But how quickly was the new prototype made?

In 2015-16, then Undersecretary of Defense for Acquisitions Frank Kendall was instrumental in getting what was called the “Aerospace Innovation Initiative” into the defense budget. Parts of this classified initiative were likely already underway as black sub-programs and may have fed into the prototype the Air Force is now touting.

That could put the timeline for the just-revealed prototype at five to 10 years – fast but perhaps not quite as radical as implied.

“We’re only a year out from the [2019 NGAD analysis of alternatives]. To think that they did this in that span of time… I’m not sure that’s so,” Gunzinger says. “I do think it latched onto a previous initiative. They picked up the ball and ran with it, which is great.”

Even if that’s likely, Gunzinger doesn’t think it waters down the potential of e-design to accelerate aircraft engineering, manufacturing and development (EMD). “It’s not going to accelerate to the point where we can [build and fly] prototypes in a year, but speeding up that process is vital.”

It Has Flown But Will It Fly?

If the Air Force has built and flown a truly next-generation fighter prototype (with all the advanced technology and connectivity that implies) in a brief span, it will certainly make U.S. adversaries uncomfortable, offering an example that could be replicated for other American weapons systems from hypersonic missiles to tanks.

But the Air Force and the government will have to prove that fast development can be matched by rapid approval to buy and field new systems. The last three decades have shown that by the time we actually pull the trigger to purchase a weapons system, it’s often no longer the latest and greatest.

Can the Air Force convince DoD, Congress and the White House to speedily buy its speedily-developed new plane?

“The whole system needs to accelerate,” Gunzinger avers. “It’s not just, we’ve solved this part of an aircraft design, development and production program. You need to address everything including acquisition authorities and internal oversight. They’re going to have to convince Congress that it’s worth fast-tracking funding for some of these systems.”

Perhaps the Air Force and DoD should coin the term “e-Aquisition”?

Gunzinger laughs at the suggestion and acknowledges that swaying Congress and securing funding in what looks like an austere defense spending future won’t be easy.

“It won’t be easy but I think the Air Force can be convincing. Maintaining America’s leadership in terms of technology and combat aircraft design is a very powerful message. It also creates markets for American technology.”

The market is as tough as the message. In the last five decades the U.S. has gone from 10 companies capable of designing/manufacturing advanced fighters to just three. They make money, not from initial sales based on low bids, but from sustaining the airplanes over time, reaping steady funds from caring for systems only they can maintain. Roper is seeking to change that, to shift costs upfront and diminish long-life sustainment spending.

His idea is that quickly developing advanced aircraft with shorter life-cycles and buying in small batches (75 to 80) every seven to eight years can reduce cost while constantly bringing new capability to the Air Force’s fleet.

“That’s still a theory,” Gunzinger says. “The idea that the Air Force can proceed to use this [digital] approach to design and procure 75 to 80 aircraft every seven to eight years doesn’t make sense from a force perspective. The Air Force has a lot of very old aircraft and they need to buy a lot of very new aircraft to replace them. Numbers absolutely count. Based on assessments the Air Force has made of a China fight in the future, they will outnumber us [in fighters]. Seventy-five new airplanes every eight years isn’t going to fill the hole.”

Gunzinger’s reminder that it’s not just the fighter technology you field but the quantity you apply may suggest another e-design link to the Century Series fighters of the past that Roper has not emphasized.

From the F-100 to the F-106 and others, fighter aircraft designed during the period were not multi-mission airplanes like the F-35. They were designed for targeted missions, arguably enabling the rapid tech development, low-cost/high quantity numbers of aircraft, and convincing need-to-buy message that is supposed to be exemplified by e-design and the USAF’s new prototype.

If the new mystery airplane (whatever its configuration) can go from pop-up prototype to fielded fighter in record time, it could re-balance global perceptions of U.S. defense innovation.

“I do think we’ll be the envy of the world if we can do it,” Gunzinger says. “Look what the Americans have been able to do again – to steal a march on us in terms of designing, manufacturing and maintaining combat aircraft. I think it’s certainly worth a try.”