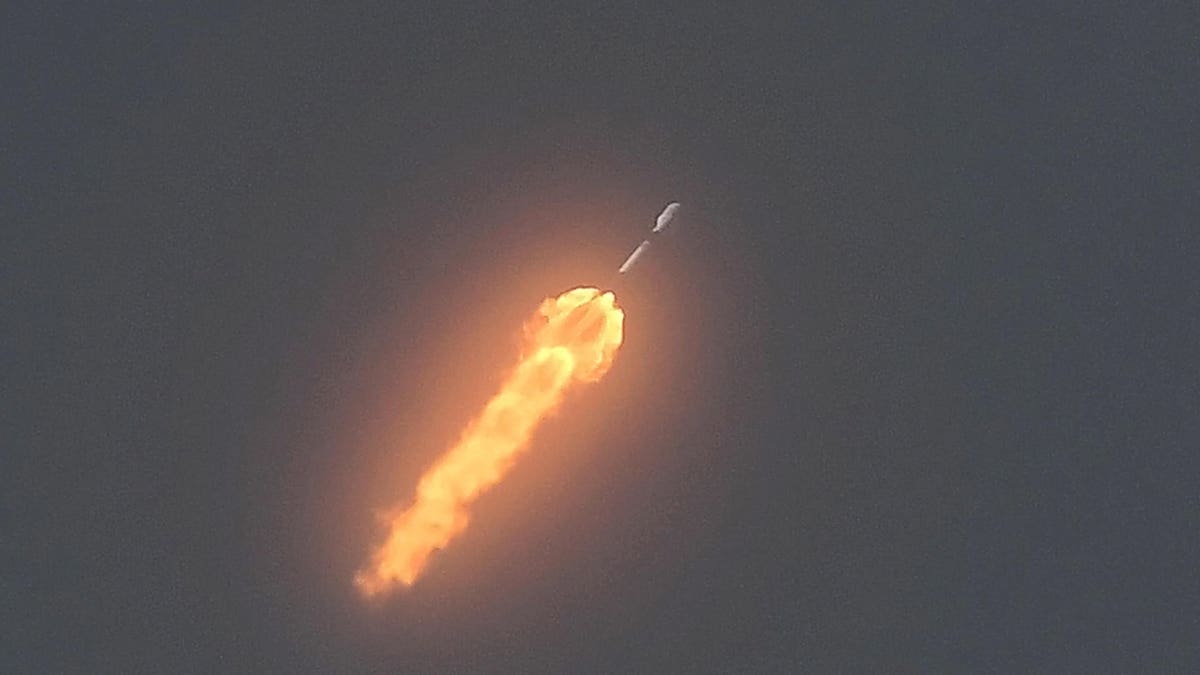 Scottish fund manager Baillie Gifford has an enviable track record of identifying the tech titans of the future.

It was an early backer of Amazon
, bought Chinese internet giant Alibaba pre-IPO, and has been Tesla’s
largest outside shareholder for years.

Last week it made headlines after taking profits on some of its stake in the electric car manufacturer just ahead of the market sell-off.

What wasn’t picked up was the fact that Baillie Gifford also quietly disclosed it has taken stakes in five new tech names.

Here’s what it’s been buying.

The stocks, three of which are listed and two unlisted, were revealed in filings by the Baillie Gifford US Growth Trust, a listed investment company, published last week.

The new positions all reflect the asset manager’s conviction that the digital transformation that has been accelerated by Covid-19 will continue. The most obvious change has been the increase in e-commerce as consumers have been forced to shop online during lockdown.

The trust’s managers, Gary Robinson and Helen Xiong, profited from this trend through their longer-term holdings in the likes of Amazon, Shopify, and Wayfair
, which have all see their share prices surge to record highs.

The pair have now been turning their attention to what they believe are fundamental shifts in corporate behavior, changing the way we work.

With the pandemic challenging the centrality of large offices in management thinking, Robinson and Xiong expect more companies to move their operations onto the cloud.

The pair have bought three enterprise software businesses to take advantage of this increased digitization: Twilio
, Cloudflare
and Workday
.

“These businesses are helping to lower barriers to entrepreneurship. Instead of investing vast sums of money up-front in building data-centers and other types of infrastructure, companies can rent access via these scaled platforms,” Robinson and Xiong said.

Twilio has carved out a cloud infrastructure niche. The company’s communications technology embeds chat and video in apps and software, improving digital engagement.

“Twilio enables its customers to build communications functionality into their applications without the need for relationships with telecoms companies or millions of dollars in capital investment,” the pair said.

The company is already a global player, operating in 16 countries, and this has been noted by investors. Its share price is up 126% since the start of the year and has more than trebled from its March sell-off lows. It fell by 14.5% in last week’s sell-off though.

Cloudflare’s shares have dipped by 12.5% since the start of the month, although they have still more than doubled since bottoming out in March.

The cybersecurity provider floated last September. Founded in 2009, Cloudflare has managed to put early controversies –it previously hosted a number of far-right communities including 8chan- behind it. Its network protection has proven able to block some of the largest hack attacks ever seen. The firm now counts IBM
, Shopify, and Thomson Reuters among its blue chip clients, and is used by around 15% of Fortune 1000 companies.

Analysts are heavily bullish on the stock, with 11 of 14 covering it ranking it a “buy” or higher. Previous short interest in the firm has also fallen away markedly.

Robinson and Xiong’s third enterprise software pick may be more of a surprise. The duo has taken a position in cloud-HR and finance software company Workday. PeopleSoft founder Dave Duffield and board director Aneel Bhusri set up the business in 2005, a year after they sold PeopleSoft to Oracle
.

Workday is now turning over $3.6 billion a year. Its share price is up a more modest 28.9% year to date but has trebled over the past three years.

Cynics might question the timing, with a looming recession likely to hit demand, but Robinson and Xiong insist the company is well-positioned long-term.

“The digitization of the enterprise and shift to the cloud is gathering pace, which is creating opportunities for cloud-native businesses such as these,” the pair said.

The two new unlisted companies the managers are hoping will go on to have similar successes are Snowflake and Stripe.

Snowflake is a cloud data warehouse. It was co-founded in 2012 by former Oracle men Benoit Dageville and Thierry Cruanes and is led by chairman and CEO Frank Slootman, who has taken two tech businesses to IPO.

Dageville and Cruanes, who both have PhDs in computer science, launched this disruptor after having worked on legacy data warehouses and been all too aware of their weaknesses.

“Data warehouses are not new, but Snowflake’s delivery model removes friction from the user experience. This should expand the addressable market. Snowflake’s cloud-based architecture also brings to the table a substantial boost n performance relative to incumbent solutions,” said Robinson and Xiong.

The firm has raised more than $1.4 billion of venture capital and is gaining traction. It has signed up over 1,300 corporate partners and although still loss-making, revenue more than doubled year-on-year and its margins are improving.

Snowflake registered its intention to float with the Securities and Exchange Commission last month. No timeframe was given, but the IPO will generate significant interest.

Online payments processing firm Stripe is also coy about the timing of any IPO. Speculation mounted after it made a series of high profile hires, including former Amazon Web Services vice president of worldwide commercial sales Mike Clayville as chief revenue officer.

Founded by Irish brothers Patrick and John Collison in 2010, the firm has already built up a broad customer base, ranging from US start-ups to global giants, including Just Eat, Amazon, and Spotify.

Stripe was valued at $36 billion in a $600 million April fundraising round. The business was keen to stress that money raised was for expansion, rather than survival, increasing its cash at hand to $2 billion.

The company’s president John Collison said “now is not the time to pull back”, as Covid-19 pushes more of the economy online.

Stripe is developing a platform for sending money “seamlessly and compliantly between any two internet-connected nodes in the world,” Robinson and Ixong said. The company is also expanding overseas aggressively and has also moved into fintech.

Its valuation has raised eyebrows, surpassing that of Airbnb, and its IPO will be a big event on the tech calendar.