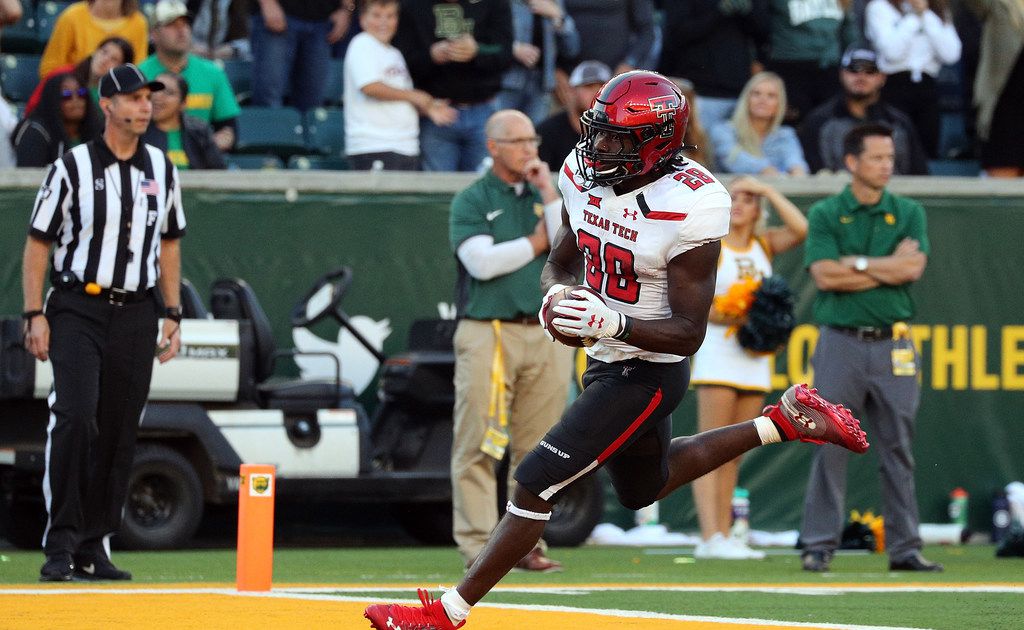 On Monday, Texas Tech running back SaRodorick Thompson was arrested in Lubbock on a warrant for reckless driving, according to a report by Shehan Jeyarajah of Dave Campbell’s Texas Football.

According to Jeyarajah’s report, Thompson, a Carrollton Ranchview graduate, posted bond and was released less than three hours after being taken into custody. The incident in question happened in late June, according to a report from the Lubbock Avalanche-Journal, and involved Texas Tech freshman wide receiver Caden Trey Leggett, who was arrested on July 2.

County records indicate Thompson is charged with a Class B misdemeanor charge of racing and also is accused of fleeing the scene during the incident occurring on June 27.

“SaRodorick Thompson was notified late last week that there had been a misdemeanor warrant issued in his name,” Texas Tech said in a statement Monday afternoon.

“Thompson and his lawyer are currently cooperating with the Lubbock Police Department and have done so since the incident in late June. Texas Tech Athletics will handle the matter consistent with its student-athlete discipline policy and any discipline will be handled internally. Thompson is expected to play in Saturday’s Big 12 opener versus Texas.”

Despite his arrest in July, Leggett was active in Texas Tech’s season opener against Houston Baptist on Sept. 12.

Thompson is Texas Tech’s primary running back after Armand Shyne graduated and Ta’Zhawn Henry transferred this offseason. In the season opener Thompson rushed for 118 yards and two touchdowns against Houston Baptist.