Swap Between PC & PS5 With The New SteelSeries Arctis 9 Headset 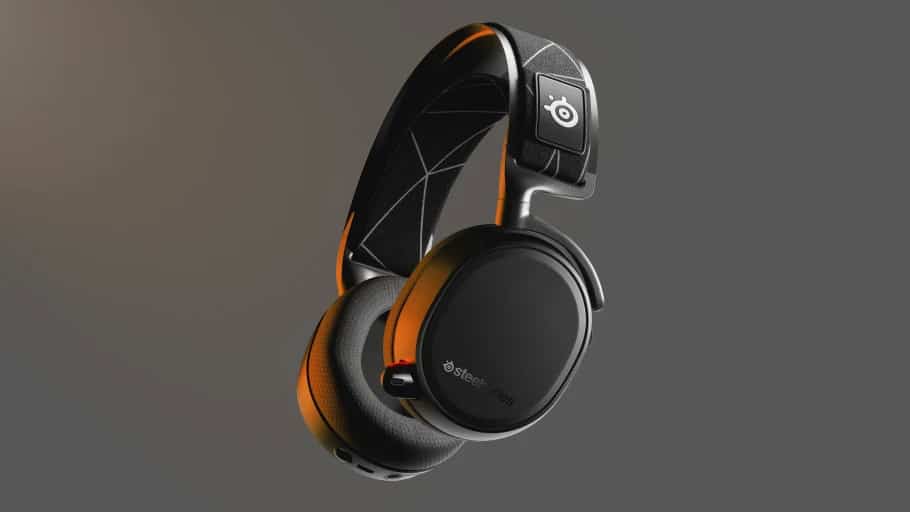 SteelSeries is preparing for the launch of the PS5 later this Fall with its new Arctis 9 wireless gaming headset, which also works for PC.

Primarily, the SteelSeries Arctis 9 is meant for PC gaming, but its dual use design means it can be used for the PS5 as well. It’ll also work for the PS4.

That being said, PC users will get the most out of it thanks to the digital software that enhances the audio. SteelSeries says the headset will be compatible with the PS5 right at launch, too. And that means you won’t have to wait for any software updates to get it to work.

SteelSeries has already made the new headset available for purchase and it’s shipping out to buyers as of today.

You can’t buy it on Amazon yet, but it will eventually be available there. You can however pick up other wireless gaming headsets that the company sells which work for PlayStation and PC. Like the Arctis Pro.

Lossless audio for both PC and PlayStation

The new Arctis 9 works via 2.4GHz wireless for lossless, high-fidelity audio while gaming.

This is compatible with PC and PlayStation only. The headset can connect to devices via Bluetooth as well though. That gives the Arctis 9 the versatility to be used with mobile devices like Android smartphones and tablets. Perhaps for a little bit of Cloud Gaming with Xbox Game Pass.

The headset is also compatible with Nintendo Switch while it’s in docked mode. Though it may not offer the same 2.4GHz lossless experience.

Discord-certified with a ClearCast mic for voice chat

In addition to lossless audio, the Arctis 9 also carries the well-known ClearCast microphone.

The headset is Discord-certified, so it should work perfectly when chatting with friends during your favorite games. The headset can also be used for VoIP chat and voice calls from your smartphone.

It comes with noise cancellation so your voice is as clear as possible for those you’re talking to. If you need to fine-tune things a little bit, you can do so through the on-ear ChatMix controls that let you adjust both game and chat audio.

This way you can turn down the audio that’s less important to you. As for battery life, SteelSeries says the headset will last more than 20 hours on a single charge. Which is pretty good considering all the headset’s features.

Design-wise, the Arctis 9 looks like just about every other Arctis headset on the market. But that’s because SteelSeries didn’t see the need for a change. Basically, if it ain’t broke, don’t fix it.