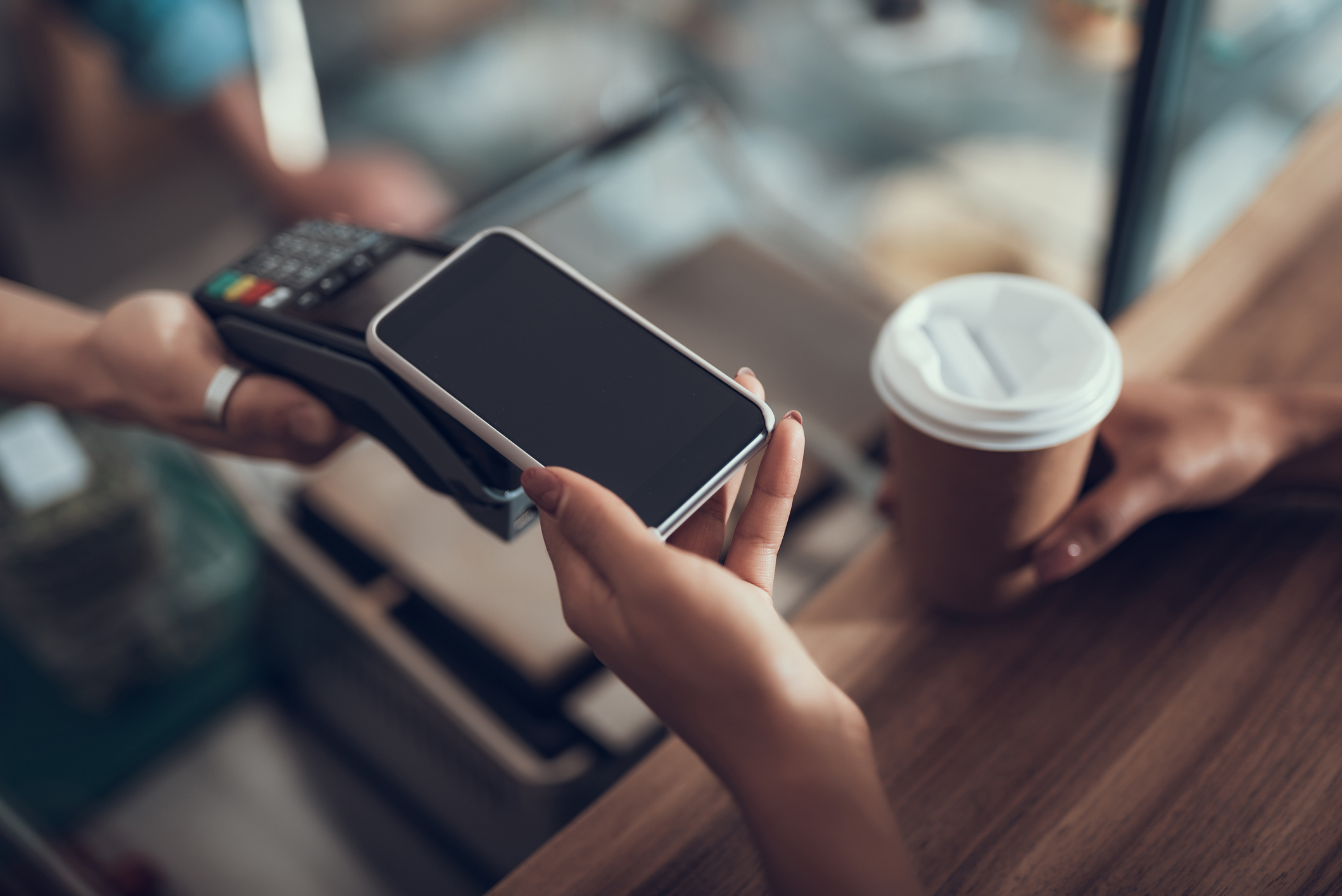 It would be easy to chalk up technological developments from Amazon (NASDAQ:AMZN) as par for the course. The company is perpetually throwing spaghetti on the wall to see what sticks.

A recent product unveiling, however, may mean far more than most realize.

The new device is the Amazon One, which can be used for contactless payments and is up and running in two Amazon Go stores. The device facilitates a completely hands-free interaction. Amazon says the palm print reader could also be utilized for things like granting access to restricted areas or in place of a loyalty card. Amazon is using it for its own purposes right now, but plans to sell the tech to third parties in the future.

Amazon One puts the e-commerce giant smack in the middle of a contactless shopping market that’s worth billions already, but could double in size in five years  now that consumers are more eager for contactless payment options. 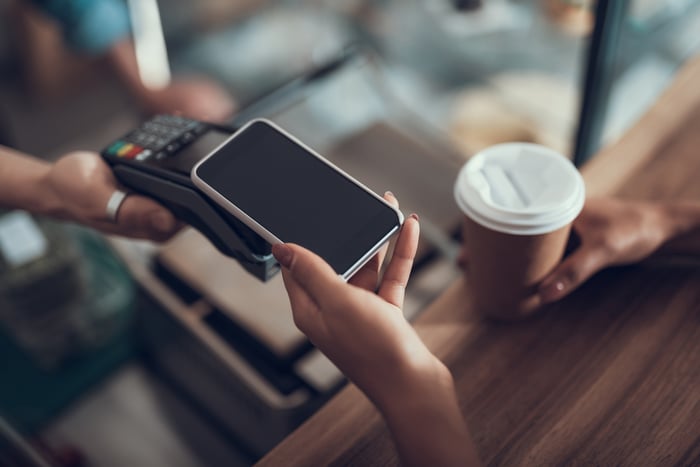 A smartphone being used to pay. The Amazon One could remove the phone from the transaction. Image source: Getty Images.

Consumers are ready for Amazon One

A recent Harris poll of 2,000 adults speaks volumes about what shoppers are looking for. According to the survey, seven out of every 10 consumers in the U.S. would prefer a shopping excursion that doesn’t require any human contact. More than one-third of consumers “would be OK with” never setting foot in a physical store again. In a separate survey done by Visa and reported in August, 63% of consumers said they’d switch to a retailer specifically because it offered contactless payment options.

The coronavirus pandemic is of course the driver for those changes in behaviors and preferences, but the new habits are likely to stick, even when the pandemic is a thing of the past. Consumers have said as much in various surveys. And Amazon One could help make it happen in a way that’s never been utilized at significant scale before.

Amazon One looks like a typical near-field-communication card or smartphone reader found connected to many cash registers. It can certainly do the same job. But Amazon One is a palm recognition device. Users only need to hold their hand close enough so it can “see” the palm, which can be linked to a credit card. An in-store purchase could be made with a consumer never touching with their hands anything but the items they’re buying.

Some may consider it more of a heavy-handed solution than the problem merits, while others might simply see it as invasive. Consumers seem mostly OK with the idea, though. Survey data from payments platform Paysafe suggests 53% of shoppers think this sort of biometric authentication actually makes transactions more secure.  And, a poll performed by biometric identification tech company EyeVerify well before the COVID-19 pandemic took hold found that 79% of consumers wanted biometric authentication options above and beyond the fingerprint…at least for banking purposes.

These alternative identification options also don’t bump into the dilemma that facial-recognition technology faces. That is, while a person’s face is always in view, their palm, fingerprints, and voice aren’t accessible unless that person wants them to be.

And Amazon is ready, too

COVID-19 has spurred tremendous new interest in, and usage of, contactless payments. But it would be naive to suggest companies haven’t been grooming consumers for this paradigm shift over time.

Perhaps one of the biggest leaps in this regard (aside from Amazon One) came in March, when Amazon announced it would be offering its “Just Walk Out” technology to third parties.

Just Walk Out was already in use at the company’s cashierless convenience stores, utilizing cameras and sensors that let a shopper enter, choose items, and then walk out without ever pulling out a wallet or opening a purse. The billing part of the purchase is automated. Amazon said at the time that several retailers had already inked deals to deploy Just Walk Out tech in their stores. Amazon One is less involved than the Just Walk Out technology, which might appeal to some stores, but it could also be used in conjunction with it.

In a bigger sense, Just Walk Out and Amazon One are a reflection of cultural shifts that not only favor contactless payments, but payments that don’t even require the handling of a card or a smartphone serving as a mobile wallet.

Just Walk Out and Amazon One aren’t a retailer’s only contactless options. Names like Grabango, Square, and AiFi are part of the contactless payment technology landscape as well, and each offers respectable solutions. These are the competition Amazon faces and retailers have also been wary of tapping Amazon as a partner, fearing they’d be feeding the enormous beast that poses their biggest competitive threat.

However, Amazon’s size is its biggest advantage in the contactless, or even hands-free, retailing arena. There’s no reason to doubt technology from the world’s biggest e-commerce name is built to work at scale. There’s also little doubt the company will be around long enough to offer full lifecycle support for its products.

At stake is control of a fragmented hardware market worth around $10 billion right now, but projected to grow at a double-digit pace that will make it worth something on the order of $20 billion per year by 2025. Amazon One’s use as an access card for doors that need to remain secured, for example, or as a means of entering stadiums, theme parks, and the like expand Amazon’s opportunity.

Amazon One is not a reason in and of itself to own Amazon shares. It’s also a venture that will take time to bear fruit. But don’t dismiss the development as just another pet project. This is one that’s got pretty serious teeth.