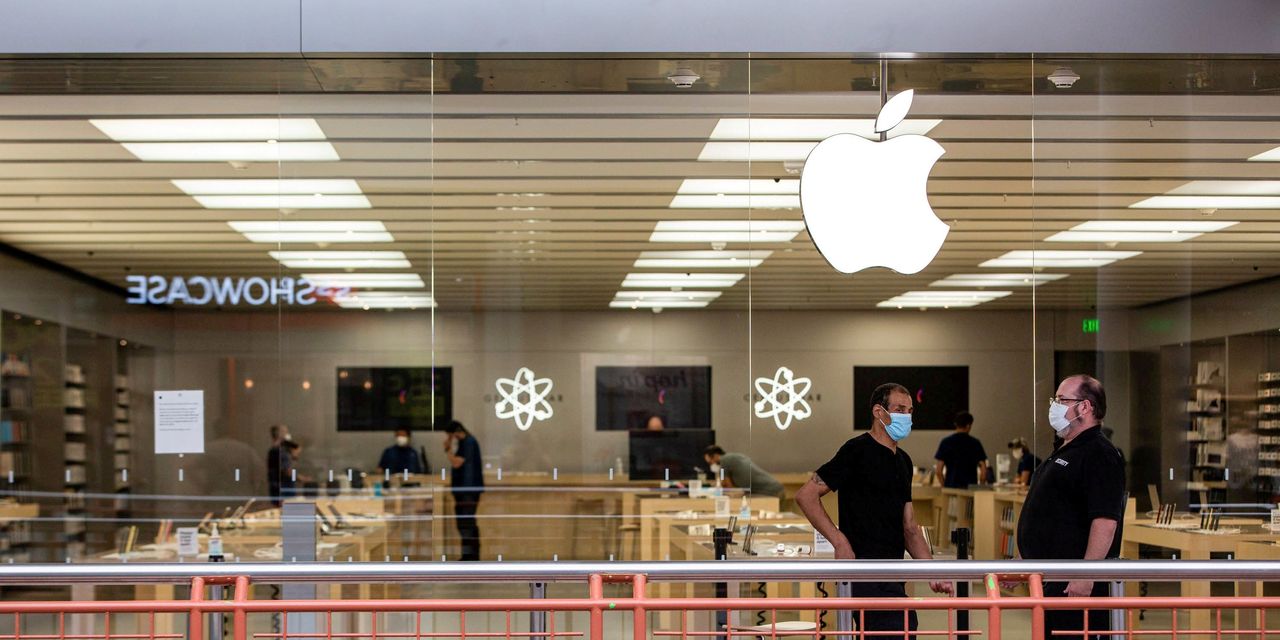 The market roller-coaster ride into the Labor Day weekend is confronting investors with fresh questions about the soundness of the technology-led advance in major stock indexes.

The Nasdaq Composite slid more than 6% over two days last week after hitting a fresh high, led by Thursday’s record one-day decline in market value at

the most-valuable U.S. listed company. Selling intensified Friday, at one point pushing the index down almost 10% from its record and spreading to markets including crude oil and gold, before a broad reversal narrowed losses in some stocks and sent others back into more familiar, green territory.

Few investors believe the late-week rout signals the end of a rally that has taken the Nasdaq to 43 record closes and pushed the S&P 500 up more than 6% for the year. The economy continues to show signs of improvement and with interest rates near record lows, the investor mantra that “there is no alternative” to purchasing the shares of major U.S. corporations remains very much intact. The main driver of the tech boom—strong growth that has been boosted during the pandemic as more consumers work and learn remotely—also still holds, investors say.

Even so, the scale of the gains among major technology shares this year, the resulting rich valuations and the gobsmacking market capitalizations of many of these firms, raise the possibility of large share-price drawdowns this fall. The Nasdaq Composite is up 26% for the year. Swings in the shares of

and others stand to accentuate expected volatility around the U.S. presidential election in the fall and attempts to control the coronavirus outbreaks that have hobbled the global economy.

“They’ve run up so much and they’re overextended,” said Leslie Thompson, managing principal at Spectrum Management Group in Indianapolis, which manages about $700 million. She has been cutting her investments in tech stocks such as Apple and chip maker

recently. The speed of the climb “was just really ridiculous,” she said.

The ascent by these stocks buoyed markets in months of economic uncertainty: Apple, Facebook and Amazon each rose 85% or more from March 23, when markets bottomed following the Federal Reserve’s announcement that it planned extensive support for the economy, to Sept. 2.

Now, though Friday’s selloff was much milder than Thursday’s, some investors are keeping an eye out for signs that the tech trade is starting to unwind. It is a process that some fear could exert a heavy weight on markets given the firms’ size and popularity with traders, and because many investors have struggled to rationalize the scale of the markets’ gains at a time of economic dislocation and fractious politics.

The five biggest internet companies—Apple, Amazon, Microsoft, Google parent Alphabet and Facebook—made up 26% of the S&P 500 at the end of August, up from 14% for the five biggest stocks in the index three years ago.

After becoming the first U.S. public company to reach $2 trillion in market value last month, Apple slid 8% on Thursday, losing $180 billion in a historic slide. In the last two sessions of last week, Amazon, Microsoft, Alphabet and Facebook each fell at least 6.5%.

On Thursday, the five biggest tech firms and

“Momentum is nice on the way up, but it’s painful on the way down,” said Gene Goldman, chief investment officer at Cetera Investment Management. He has been lowering investments in tech while increasing positions in beaten-down value sectors that appear cheap like the financial and industrial groups.

Some traders say the proliferation of investments tied to momentum—the practice of buying assets on the expectation their current price trend will continue—and volatility means more of the gains could be in jeopardy.

Billions of dollars have flowed into tech exchange-traded funds like the Invesco QQQ Trust in recent weeks, while some gauges of investor sentiment have signaled investor optimism mounting. To some, that indicated the time might be ripe for a pullback.

What is your level of optimism in regards to the stock market? Join the conversation below.

At the same time, market sentiment isn’t in crazily bullish territory the way it was 20 years ago before the Nasdaq crash. Flows into equity funds broadly have been muted, while tens of billions of dollars have flowed into bond funds and funds tracking gold in recent months.

and individual investors using apps like Robinhood as factors that could tend to accentuate market moves in both directions. Analysts are concerned that some of these traders using borrowed money might be forced to sell unrelated assets to cover their losses, a trend that can amplify market downturns. The market might be vulnerable to a pullback in part because some economic data show a slowdown in the recovery.

“It’s likely to happen quickly,” said Lauren Goodwin, a multiasset portfolio strategist and economist at New York Life Investments, which holds a smaller position in U.S. stocks than the benchmark it tracks. “The recovery is precarious, and investors know it.”

The whipsaw action has been evident beyond the biggest internet firms. One of the fastest-climbing stocks in recent months,

is down 16% in September—a drop that began just after the electric-car maker on Aug. 31 passed

to become the seventh-largest U.S. public company, with a market value near $465 billion.

Other heavily traded tech firms such as

have also fallen. The pullback highlights the disconnect between share prices and earnings for some companies, many investors say.

Opportunity Fund that counts Microsoft, Alphabet and Amazon.com among its largest holdings.

Write to Amrith Ramkumar at amrith.ramkumar@wsj.com