Study shows difficulty in finding evidence of life on Mars 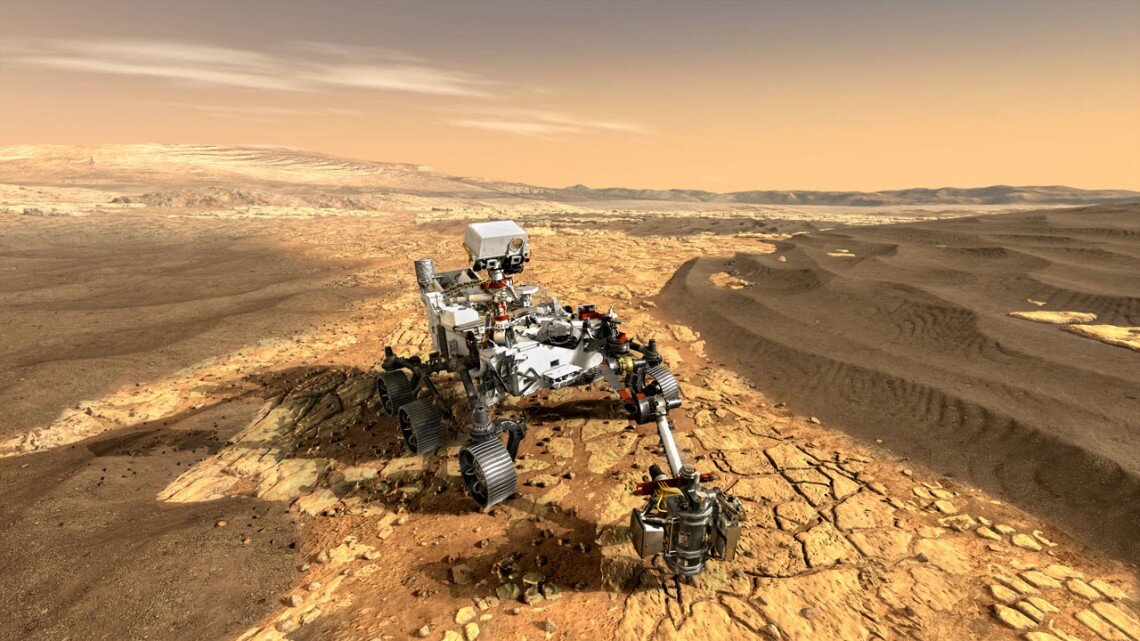 In a little more than a decade, samples of rover-scooped Martian soil will rocket to Earth.

While scientists are eager to study the red planet’s soils for signs of life, researchers must ponder a considerable new challenge: Acidic fluids—which once flowed on the Martian surface—may have destroyed biological evidence hidden within Mars’ iron-rich clays, according to researchers at Cornell University and at Spain’s Centro de Astrobiología.

The researchers conducted simulations involving clay and amino acids to draw conclusions regarding the likely degradation of biological material on Mars. Their paper, “Constraining the Preservation of Organic Compounds in Mars Analog Nontronites After Exposure to Acid and Alkaline Fluids,” published Sept. 15 in Nature Scientific Reports.

Alberto G. Fairén, a visiting scientist in the Department of Astronomy in the College of Arts and Sciences at Cornell, is a corresponding author.

NASA’s Perseverance rover, launched July 30, will land at Mars’ Jezero Crater next February; the European Space Agency’s Rosalind Franklin rover will launch in late 2022. The Perseverance mission will collect Martian soil samples and send them to Earth by the 2030s. The Rosalind Franklin rover will drill into the Martian surface, collect soil samples and analyze them in situ.

In the search for life on Mars, the red planet’s clay surface soils are a preferred collection target since the clay protects the molecular organic material inside. However, the past presence of acid on the surface may have compromised the clay’s ability to protect evidence of previous life.

“We know that acidic fluids have flowed on the surface of Mars in the past, altering the clays and its capacity to protect organics,” Fairén said.

He said the internal structure of clay is organized into layers, where the evidence of biological life—such as lipids, nucleic acids, peptides and other biopolymers—can become trapped and well preserved.

In the laboratory, the researchers simulated Martian surface conditions by aiming to preserve an amino acid called glycine in clay, which had been previously exposed to acidic fluids. “We used glycine because it could rapidly degrade under the planet’s environmental conditions,” he said. “It’s perfect informer to tell us what was going on inside our experiments.”

After a long exposure to Mars-like ultraviolet radiation, the experiments showed photodegradation of the glycine molecules embedded in the clay. Exposure to acidic fluids erases the interlayer space, turning it into a gel-like silica.

“When clays are exposed to acidic fluids, the layers collapse and the organic matter can’t be preserved. They are destroyed,” Fairén said. “Our results in this paper explain why searching for organic compounds on Mars is so sorely difficult.”