Stocks bounce back on Wall Street as tech bloodletting halts 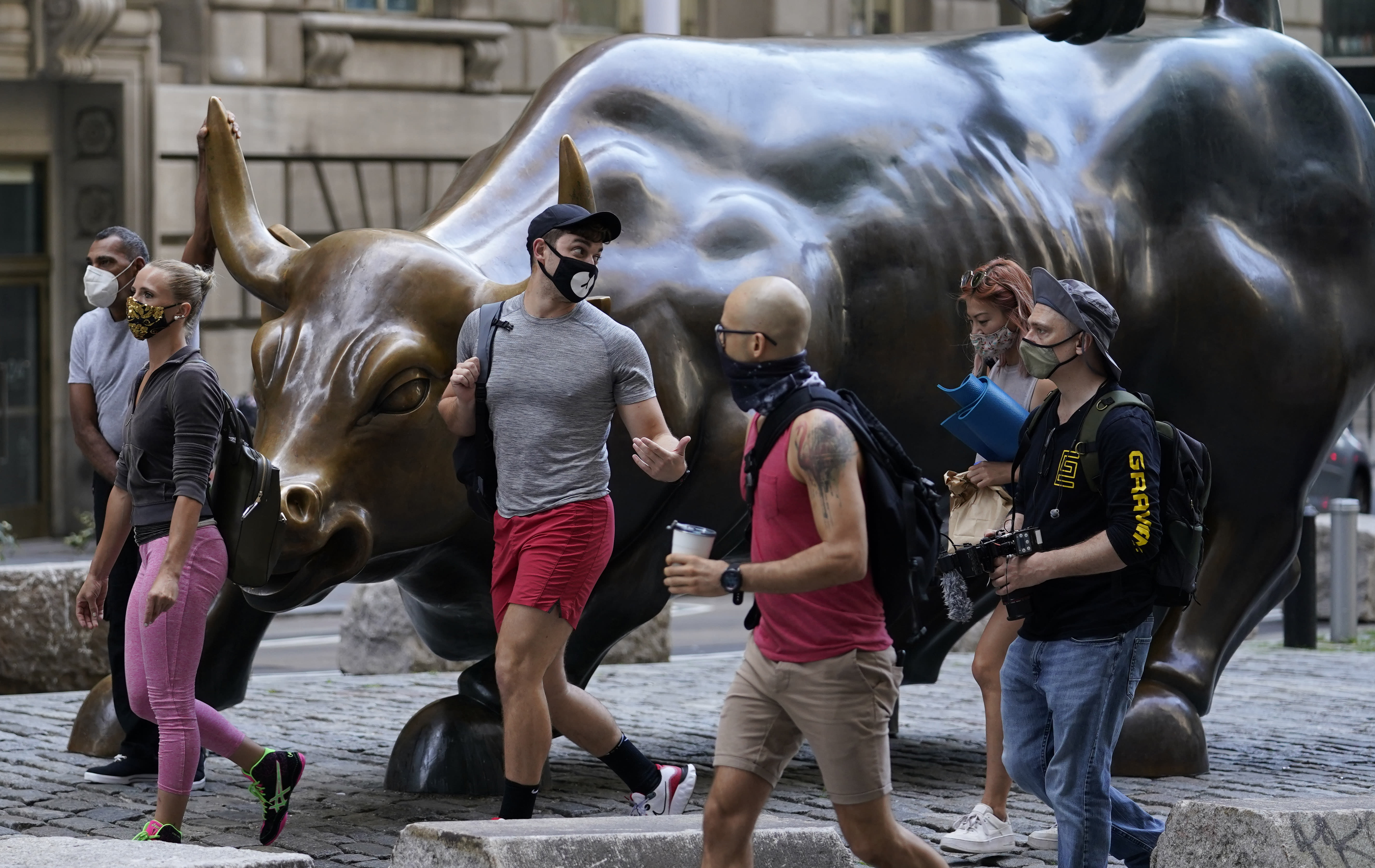 NEW YORK (AP) — Wall Street snapped back to life on Wednesday, recovering from its worst stretch of losses in months, as the bloodletting for big technology stocks came to at least a temporary halt.

Apple, Amazon and other tech companies that suddenly lost their momentum late last week on worries their stocks soared too high all regained some ground. They helped the S&P 500 rally 67.12, or 2%, to 3,398.96. It was the best day in three months for the index, which recovered a little more than a quarter of its losses from the prior three days.

Tesla, which has made some of the wildest moves in recent months, rose 10.9%. A day earlier, it plunged 21.1% for its worst day since its shares began trading a decade ago. In August, it surged 74.1%.

Selling over the last week in the market had focused on such tech superstars, which earlier zoomed through the pandemic amid expectations that they would benefit from the new stay-at-home economy. Blockbuster spring profit reports from many of them emboldened investors, who bid their stock prices up to levels that critics called too expensive, even after accounting for their powerful growth.

A flurry of buying of stock options for big tech stocks may have helped further goose the gains, analysts say.

That helped the S&P 500 and Nasdaq push repeatedly to record highs as recently as last week, even though the economy is still struggling with the coronavirus pandemic. But the fever broke on Thursday, with the S&P 500 dropping 7% in three days, its steepest loss over such a timeframe in nearly three months.

“The fact is that there was a broad consensus that it was overbought, and the rally was overextended and due for some sort of pullback,” said Quincy Krosby, chief market strategist at Prudential Financial.

Still to be determined is whether the sell-off was just a blowing-off of some steam for tech stocks that had gotten overheated — or whether it was the beginning of a more widespread downturn.

It doesn’t help that September is traditionally a weak month for stocks, Krosby said. “Is this the pause, or are we due for more selling?”

Other sectors didn’t get as expensive as technology during the recent run-up. Banks and other financial stocks in the S&P 500 are still down more than 19% for 2020 so far, for example. But challenges continue to loom over the entire market, including uncertainty about how the pandemic will progress.

Trade issues remain a worry for markets, and the souring U.S.-China relationship gets the brightest spotlight. But that’s not the only potential hot spot.

Tiffany lost 6.4% after European luxury giant LVMH ended its $14.5 billion takeover deal for the jewelry retailer. LVMH said it made the move in part because the French government requested a delay due to the threat of proposed U.S. tariffs on French products.

Investors are also waiting for Congress to deliver more aid to the economy after unemployment benefits and other stimulus that it approved earlier ran out. Investors say it’s critical that the economy get such stimulus, but partisan disagreements have Congress at an apparent impasse.

A Senate vote this week on a trimmed-down relief package proposed by Republicans has only a slim chance of passage as Democrats insist on more sweeping aid.

The stock market’s rally started in late March following massive amounts of aid from the Federal Reserve and Congress. It accelerated as the economy showed signs of improvement. Corporate profit reports for the spring that weren’t as disastrous as expected also helped lift the market.

Late Tuesday, Slack Technologies also reported what analysts called a good quarter, with revenue topping expectations. But the company reported billings that were weaker than expected, and its stock tumbled 13.9%.

Hopes for a potential COVID-19 vaccine also helped the S&P 500 erase all of its nearly 34% loss from earlier in the pandemic. U.S-listed shares of AstraZeneca slipped 2% Wednesday, though, after it put late-stage studies of its vaccine candidate on temporary hold while it investigates whether a recipient’s illness is a side effect of the shot.