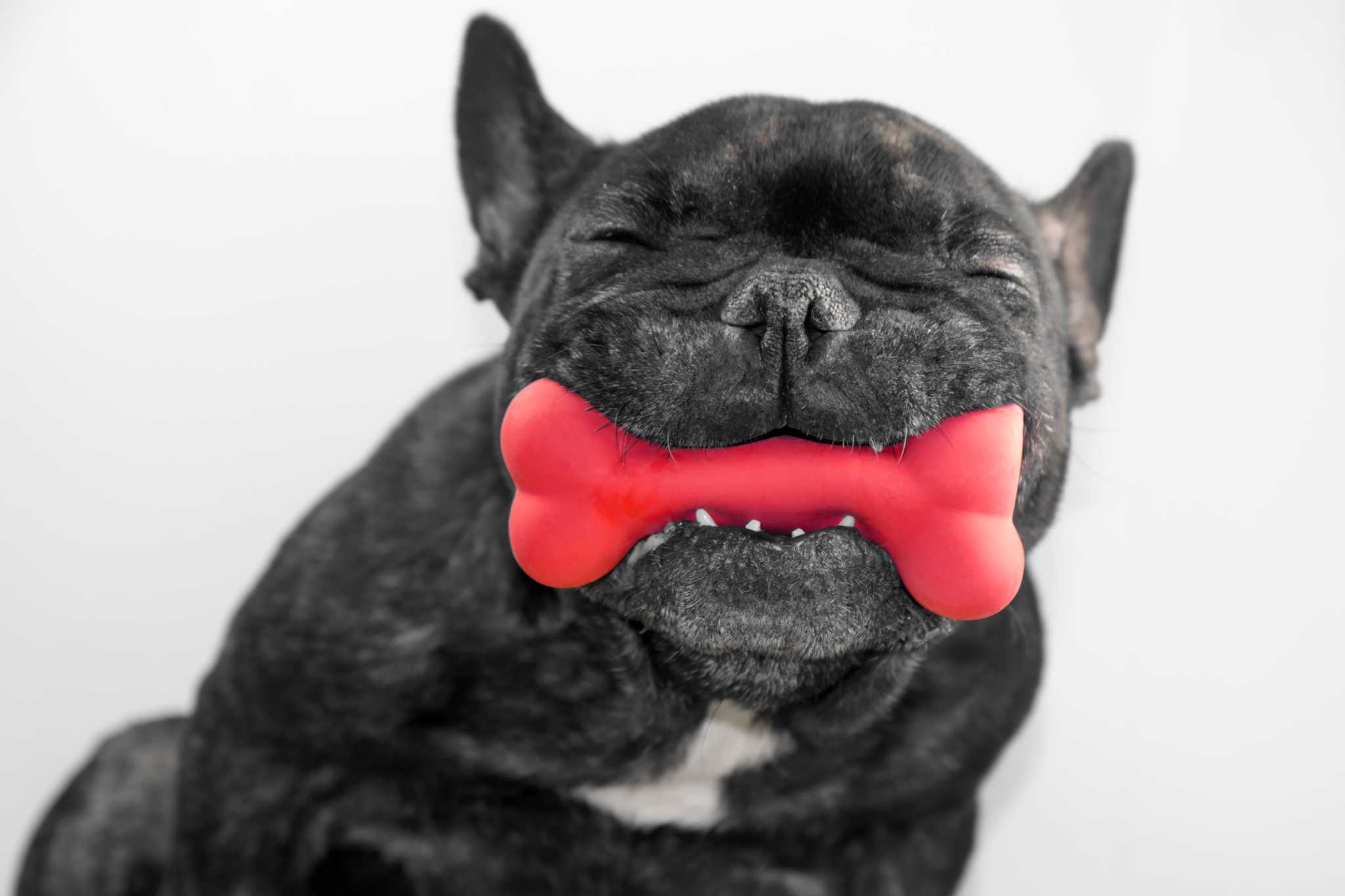 Stuffed animals are great for small puppies or small breed dogs, but large breed — and large-jawed — puppies tend to rip them apart in just a few seconds and are more likely to swallow those pieces or the stuffing.

Stuffed animals are great for small puppies or small breed dogs, but large breed — and large-jawed — puppies tend to rip them apart in just a few seconds and are more likely to swallow those pieces or the

AURORA, Colo. (AP) — It’s not unusual to see baby booms after snowstorms, hurricanes and other natural disasters that keep humans confined to close quarters for extended periods of time.

Now, the prolonged hibernation spurred by the COVID-19 pandemic has introduced weary residents to a new production phenomenon: pandemic pets.

The number of paws per home has increased in recent months as families and singles have grappled with life largely confined to walls and roofs, experts have said. And the metro area hasn’t been immune to the craze, though officials were nervous that poorly thought-out adoptions were going to result in a wave of orphaned animals showing up at local shelters this summer.

At the beginning of the pandemic, when layoffs were skyrocketing, Karen Martiny, founder of Animal Rescue of the Rockies, was concerned local shelters would see more people dropping off their pets, unable to care for them.

“That wasn’t the case at all,” said Martiny, who started the rescue in 2003. In fact, pet rescues say they’ve seen substantial increases in adoptions because of the COVID-19 crisis.

Everybody seems to want a dog or cat, and that’s been good news for rescues that work to find animals forever homes.

From January through July last year, Animal Rescue of the Rockies adopted out 1,872 pets. During the same time frame this year the rescue found homes for 1,201 pets. Martiny said if the momentum keeps up, her organization will surely surpass last year’s total.

The same is true for Richard Bankey, who runs the Colorado division of the Taysia Blue Rescue. They specialize in rescuing Siberian huskies and malamutes.

Last year, the rescue homed 54 dogs in Colorado. This year they’re already at number 56. Headlines across the country have highlighted a so-called pet shortage, fueled by the pandemic and people spending a lot of time at home. But here in the Denver metro region, Martiny said it’s easy to find a cat or a dog.

“There’s always a need,” she said.

People looking for specific breeds or young puppies may run into wait lists, but her rescue and others like it are currently able to help more and more animals.

The more challenging factor so far, at least for Bankey and Martiny, is finding foster families for dogs before they move onto their forever families.

“We really have to rely on them,” Bankey said.

At the Aurora Animal Shelter on East 32nd Avenue, pens are replete with labs, mixed bull terriers and toy breeds, according to Anthony Youngblood, manager of the city’s Animal Services Division.

“We constantly have labs or American Bulldogs or pitty mixes,” Youngblood said of the shelter, which typically houses upwards of 100 animals at any given time. “And we have little dogs galore, getting into the Maltese, Chihuahuas, etc.”

Cat and dog adoptions are slowly trending back up at the shelter after numbers plummeted in April. Staffers adopted out just eight dogs and five cats in the fourth month of this year, which pales in comparison to the roughly 60 dogs and cats the shelter was adopting out in the months leading up to the onset of the pandemic in March, data shows.

The sharp decline was largely due to a temporary moratorium the city placed on taking in new animals this spring, according to Carol Valentine, the shelter’s longtime supervisor.

“Because COVID hit, our intake stopped as well,” Valentine said. “If we would have had the animals to adopt out, our adoptions would have gone through the roof … Once we did have something come in, it was gone — like, immediately. We’ve seen that slow a little bit over the past couple of months since things are starting to return to normal a little bit, but it was crazy initially.”

Both Valentine and Youngblood said the average length of stay for an animal at the shelter varies widely by age and breed, with traditionally popular pooches moving in and out in a matter of hours. Chihuahuas have been the most popular dogs to be adopted out of the shelter in the past two years, with 31 of the animals already adopted out of the facility in the first eight months of 2020, according to city data. Labrador Retrievers, German Shepherds, Siberian Huskies and miniature poodles rounded out the top five most popular breeds in the city.

That’s on the lower side, according to Valentine, who’s been with the shelter for more than two decades. The city typically partners with the Everyday Adoption Center at a PetSmart in Westminster to adopt out pit bull terriers and other breeds that have long been banned in Aurora under city code. But that facility is currently shuttered due to COVID-inspired staff shortages, leaving illegal pit bulls waiting in escrow at the Aurora facility.

“We have pitties we can’t adopt out because we’re in Aurora,” Valentine said. “So right now they’re just waiting for that place to open. If they’re open we could have anywhere from 12 to 15 dogs, more or less. We never have a lot.”

Last month, Aurora City councilmembers punted a potential ballot question that would have asked residents to reconsider the city’s 15-year-old ban on pit bulls and a smattering of other breeds. Residents overwhelmingly voiced their support for the ban when a similar question went to the local ballot six years ago. Councilmembers are currently working with Youngblood’s staff to draft a “dangerous dog” ordinance that could, if passed, rejigger the city’s current ban on the dogs.

Regardless of breed, the city’s animal shelter charges flat rates for new pet owners based on an animal’s age: A puppy under six months old costs $175, an adolescent dog is $150 and a pooch older than 6 runs $135. Cats are slightly cheaper and run on a similar sliding scale, according to Valentine. With the complimentary spay or neuter, rabies shot and microchip, the shelter’s overall charges for a new domestic creature are far more economical than the four – or five – figure totals charged by bespoke breeders, Youngblood said.

“French Bulldogs go for thousands of dollars, and we don’t get many Frenchies in, but when we do, it’s the same price — it doesn’t matter what the breed is,” he said. “We get inundated with a ton of requests when we get those popular breeds in because people know it’s first come, first served. There are some agencies that have recently said, ‘hey, this breed is popular so we adjust our rate for this animal or this breed.’ But we’ve never taken that on.”

The city’s animal shelter saw some 3,000 dogs and cats last year, though only a small portion of those were adopted. The majority of the animals that come through the shetler are either strays waiting to be claimed by their owners and animals picked up in evictions or somehow implicated in other legal proceedings.

Still, animals that enter the facility leave alive at a higher rate than at other area shelters, Youngblood said. The space’s live release rate is currently about 95%, which is several clicks higher than the industry average.

“That’s been one of the few perks about this year that’s actually been nice,” he said of the current live release rate, which sat just above 89% for all of 2019.

The shelter only euthanizes animals for severe medical or behavioral issues — never age alone, Youngblood said. Staffers at the site are currently trying to adopt out a 15-year-old cat named Phoebe, though they’ve had to euthanize 2-year-old dogs with insurmountable medical problems. Animal care workers also work with a slew of partner groups to place more unique animals in suitable environments. Officials collaborate with local “scales and tails” pet shop owners to take aquatic beasties like turtles, which are common at the shelter, Youngblood said. Less common was the caiman a local man tried to surrender after he was evicted in Arapahoe County last year.

“A bearded dragon, for example, can get adopted but an alligator is illegal almost anywhere,” Youngblood said.

Creatures like those are among the umpteen that come through the facility’s doors but aren’t included in the annual cat and dog count, making the total number of living beings in staffers’ care much higher, Valentine said.

“That 3,000 number is very conservative,” she said, mentioning the hamsters, gerbils, roosters, pigs, goats and feral cats that end up coming through the doors. And each of those creatures requires a unique housing program, Youngblood said. Hamsters and gerbils, for example, are often shipped off to local PetCo stores while undomesticated cats usually head east. Animal Services coordinates with ranchers in Watkins, Byers and Strasburg to arrange homes for feral felines that can’t live with people, but are well suited to patrol barns for snakes, bats and other invasive critters, Youngblood said.