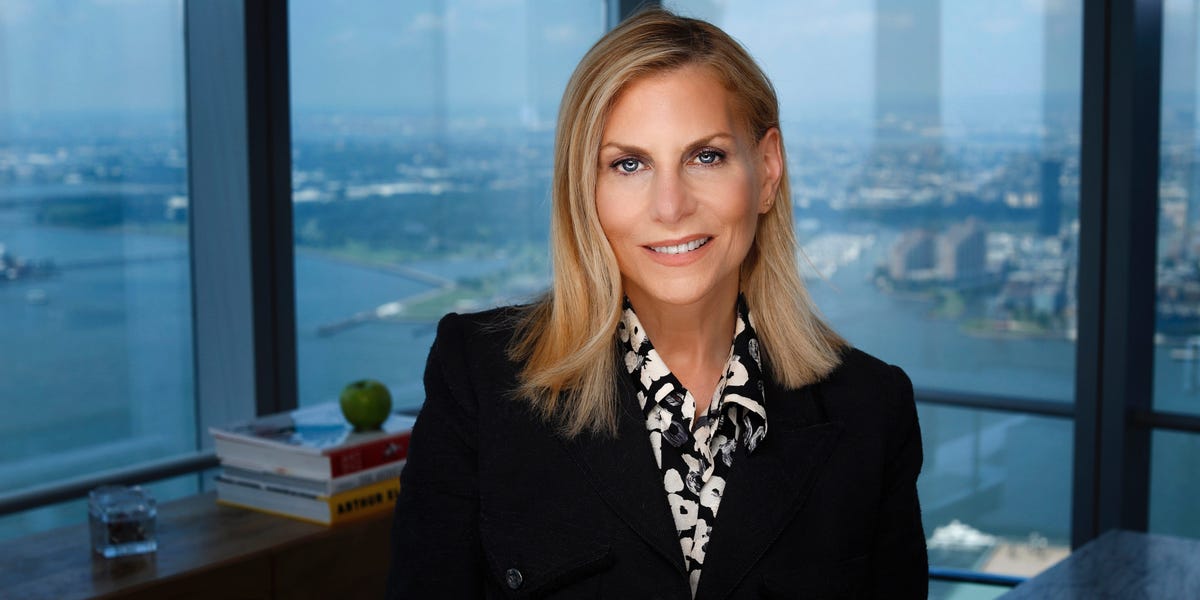 Spotify’s chief content and advertising business officer, Dawn Ostroff, is betting on exclusive content and franchises to catapult the streaming-audio company to the next level.

Over the past 18 months, Spotify has pushed beyond music into audio formats like podcasts and audiobooks, with a focus on exclusive and original content from sought-after creators, entertainment brands, and podcast networks, as it vies to become the largest audio network in the world.

It marks a new era for the streaming company, which rose to prominence with a music library that was much the same as what could found elsewhere, setting itself apart with algorithms, curation, and user experience instead of content.

But through podcasting, Spotify is now the exclusive podcast home of talent including Barack and Michelle Obama, Joe Rogan, and Kim Kardashian. It’s partnering with brands like DC Comics to create fictional audio universes around its comics, as exist in TV and film. And it’s acquired major podcast publishers and networks, like Anchor, Gimlet, Parcast, and The Ringer, and the rosters of talent and IP that come with them.

Ostroff, the executive driving those content deals, told Business Insider that she sees enormous potential in podcasts and other kinds of audio entertainment. Consider the company’s recent pact with DC Comics to produce original scripted podcasts.

“We’re going be able to build a world through their incredible characters and stories,” Ostroff said. “That sets an example of where this can all go.”

Podcasts also tend to keep people listening for longer and more regularly, which helps hook subscribers. And they bring in additional revenue for the company, because Spotify airs ads in podcasts, even on its subscription service.

Still, the platform’s audience has grown heartily, reaching 138 million paying subscribers as of June, 27% more than it had a year earlier.

And original content has helped Spotify snatch podcast market share from Apple, its largest rival, in the US and other major markets.

Ostroff, who joined Spotify in 2018, built a career out of finding the next big thing in media.

She was a programming executive at Lifetime in the 1990s, when the basic-cable network expanded into original movies. She pushed the CW to make shows like “Gossip Girl” available on iTunes before they aired on TV, to help curb online piracy. And she helped Condé Nast’s magazines pivot to digital video as the format was taking off.

Ostroff pushed into podcasts at Spotify as younger generations were flocking to the format. She’s continued courting young listeners through podcast deals with social-media influencers including Addison Rae. But Ostroff says the audience for podcasts is also growing within Spotify’s current base.

The company said as of June that 21% of its 299 million monthly active users, across its subscription and ad-supported tiers, interacted with podcasts.

Ostroff’s team is searching for more open space in audio that Spotify can own.

Since the pandemic, the audio-streaming service has seen a lift in listening to “chill music,” kids music and podcasts, and wellness podcasts, Ostroff said. She also said users are listening more through smart speakers and game consoles, but that it’s too early to tell whether these trends will persist after the pandemic.

“I don’t know if we’ve learned enough yet to say, ‘Okay, we can look back,'” Ostroff said. “But we have seen a lot of growth in certain areas that have definitely been brought on by the pandemic.”

Spotify’s biggest acquisitions and talent deals have given the company footholds in different genres of podcasting. Its acquisition of Parcast helped the company corner the fast-growing true-crime category. And The Ringer expanded Spotify’s library of sports and pop-culture programming.

Spotify said as of June that it had more than 1.5 million podcast shows, including more than 300 originals or exclusives outside of the US.

Talent with significant followings, like Michelle Obama, who was one of the first big creators Ostroff signed after joining the company, have helped legitimize podcasting for major advertisers, too.

Obama’s podcast attracted brands like Salesforce and P&G. Ostroff also pointed to Omnicom Media Group, one of the world’s largest advertising agency groups, which said in July that it would spend $20 million on podcasts ads with Spotify in the second half of 2020.

“Having them on the platform is meaningful for our growth,” Ostroff said. “Even for the advertisers, it’s been it’s been a significant shift.”

Buoyed by podcasts, Spotify’s ad business, which Ostroff also oversees, grew 25% in 2019 (and 30% the year before). The company said ad revenue fell 21% year over year during the second quarter of 2020 due to the pandemic.

The audience for podcasts is growing in the US, according to Edison Research, which estimated that roughly 100 million people listen to podcasts each month. While recent market share estimates have been matters of some debate, Spotify and larger rival Apple are thought to be the biggest players in the sector.

Spotify is also trying to outflank its competitors, especially Apple, by innovating on advertising technology.

She said the industry lacks unified metrics and advertiser tools that are commonplace among other digital formats, but not audio. This year, Spotify introduced streaming-ad insertion technology that gives advertisers and podcasters on its original and exclusive shows access to ad impressions, anonymized demographics, and other data, for example.

“It’s something that they get on other digital platforms, so it makes all the sense in the world that they would have it in audio, as well, but it just really hadn’t been done before,” Ostroff said. “One of the things that we’ve been very focused on the ad side is creating a different type of experience for advertisers, where they can target, where they can understand the consumer, who’s listening to their ad, where they can find them.”