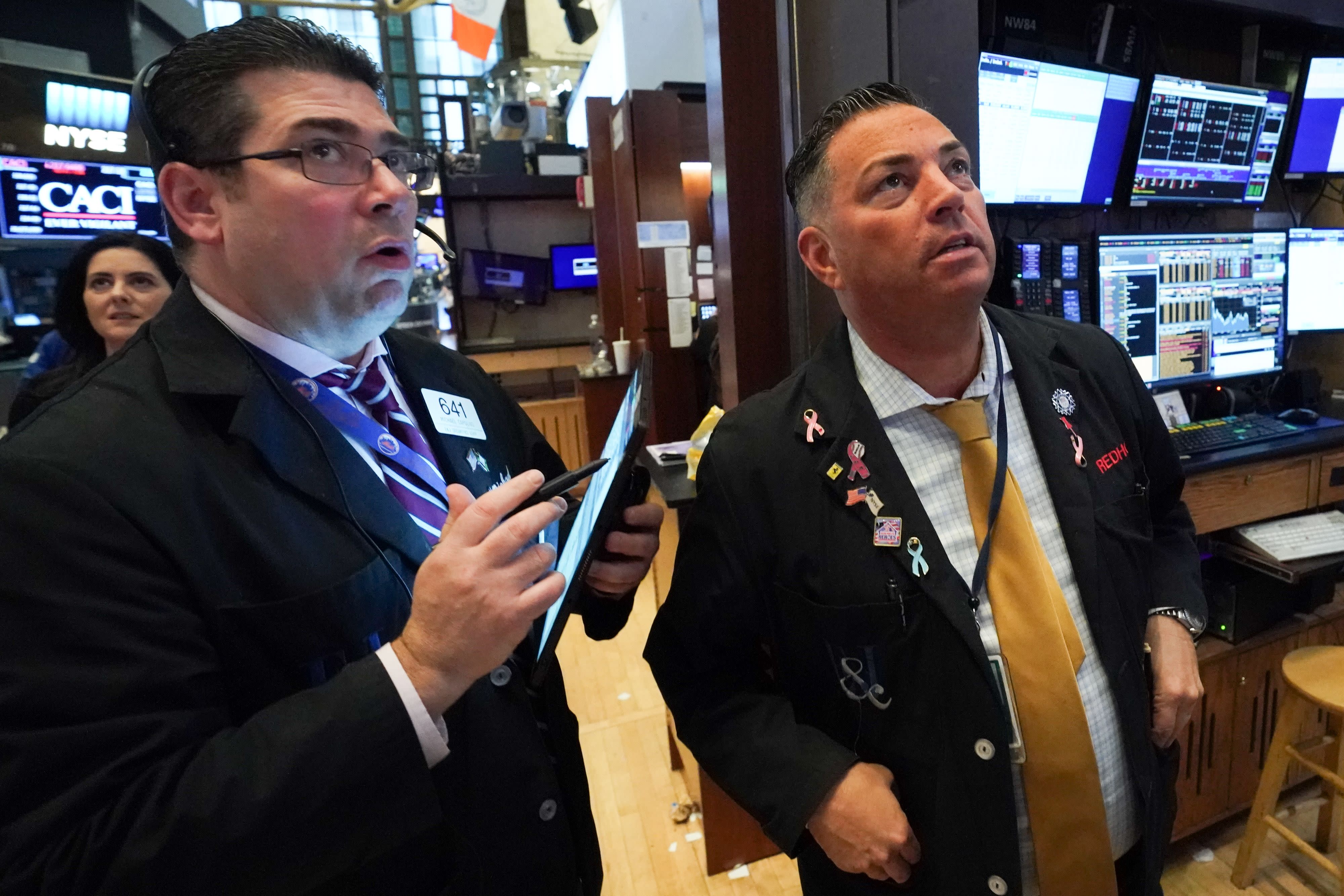 Shares of mega-cap technology stocks extended declines as investors continued to rotate away from the equity leaders of the past several months. Shares of Facebook (FB), Amazon (AMZN) and Apple (AAPL) were each off by at least 4%. Tesla (TSLA) shares slid by the most ever after the company was bypassed for S&P 500 inclusion, and as competitor Nikola (NKLA) inked a strategic partnership with General Motors (GM). The Nasdaq sank 4% on the day.

“The sell-off in risky assets has been concentrated in US Tech and momentum stocks, while credit has been more resilient and outperformed its beta to equity,” according to a note from Goldman Sachs strategists over the weekend. “This is likely due to the unwinding of some of the popular positions into the largest US stocks. In fact, the US equity rally has been very concentrated so far with very low breadth.”

“While aggregate US equity future net length is not very stretched, Nasdaq net equity future positioning is close to historical highs,” the analysts said. They added that an increase in the 10-year Treasury yield off the pandemic-era lows also likely triggered a rotation out of longer-duration stocks, including growth and tech names.

Still, the analysts added they “expect the current bull market to continue as the improved growth outlook coupled with supportive monetary policies should maintain the search for yield elevated and foster a compression of the ERPs [equity risk premiums].”

Elsewhere, investors eyed developments on the Covid-19 vaccine front. Tuesday morning, the CEOs of some of the pharmaceutical companies front-running the race toward creating on a vaccine wrote a public letter vowing to avoid cutting corners in the development process, even as they work with an expedited timeline to try and quickly distribute an inoculation.

“In the interest of public health, we pledge to always make the safety and well-being of vaccinated individuals our top priority,” according to the letter, signed by the CEOs of companies including AstraZeneca (AZN), Johnson & Johnson (JNJ) and Moderna (MRNA).

In news conference yesterday, President Donald Trump said he believed a Covid-19 vaccine could be approved as soon as October. Dr. Anthony Fauci, the director of the National Institute of Allergy and Infectious Diseases said seeing a vaccine receive approval by October was “unlikely” but “not impossible,” according to a recent interview with CNN.

The three major indices held sharply lower Tuesday afternoon, with less than 90 minutes left of the regular trading session. However, the indices came back slightly from session lows, at which point the Dow was off by as many as 632 points, or 2.2%.

The information technology, energy and financials sectors led the drop in the S&P 500, as every major sector sank. Shares of Apple, Boeing and Microsoft lagged in the Dow.

Shares of Virgin Galactic are up 38% for the year to date, even after falling 29% since the beginning of August.

“We see Virgin Galactic as the only way for consumers to gain entry into the ~560 member astronaut club in the next 5 years,” the analysts said. “There will be competitors, but the curation of the VG product from marketing to life-long brand connection, in addition to an operating model supporting a uniquely high flight-rate, separates the VG experience from the others.”

The analysts added they expected Virgin Galactic to kick off commercial service in 2021, and they see space tourism growing into a $3 billion per-year industry by 2030. An even larger addressable market exists in the transportation industry supersonic flight, which is another area Virgin Galactic is working to tap into, they added.

Tesla (TSLA) shares slid 16% shortly after market open Tuesday morning for its worst one-day drop since March. This came after the S&P 500 committee decided late Friday not to include the stock in the blue-chip index, in a surprise move after the electric car-maker delivered its fourth consecutive quarterly profit in July.

Separately, Tesla announced Tuesday that it had completed a $5 billion share sale as of Friday, with settlement of shares sold expected to be completed by Wednesday. The dilution added to the negative sentiment around the stock Tuesday.

The stock also came under pressure after competitor Nikola (NKLA) announced a strategic partnership with General Motors (GM), giving the latter an 11% stake in the company. Analyst Dan Ives of Wedbush called the partnership “potential game changing deal,” with Nikola “importantly getting access to the GM battery and fuel cell technology/infrastructure to help produce the Badger and its core line of semi trucks over the coming years,” according to a note Tuesday morning.