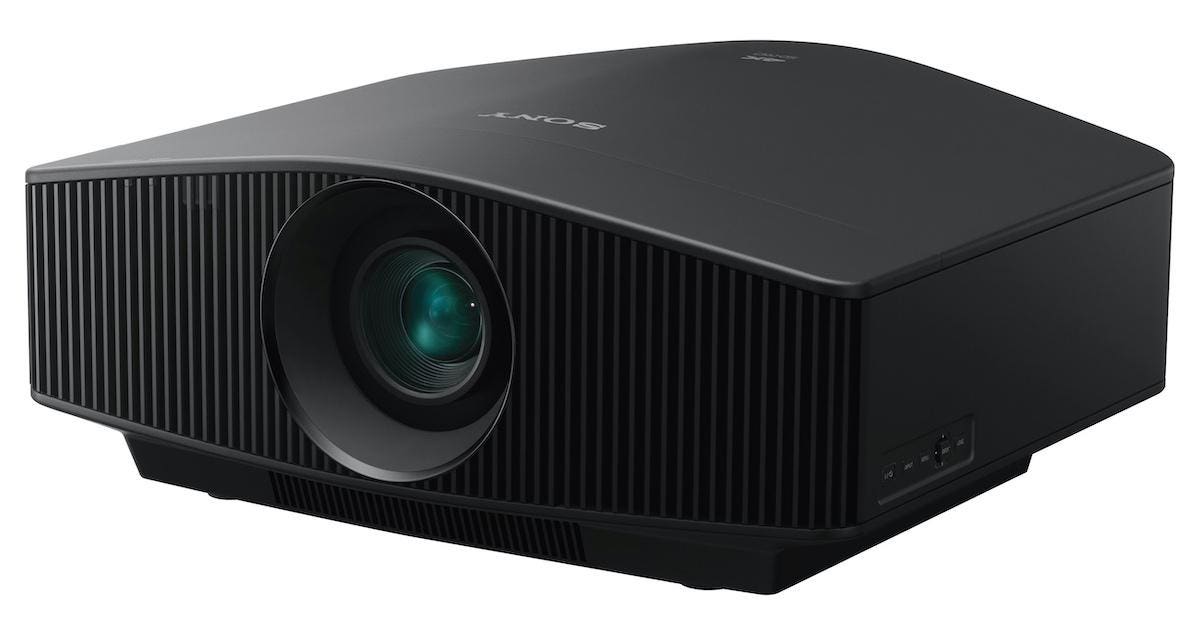 The travelling and social limitations of the past few months have given us a new-found appreciation for our home entertainment setups. So anyone now thinking it’s time for an upgrade should be excited to hear that Sony is launching a trio of seriously impressive-looking new native 4K home cinema projectors. Or, to be more precise, two new home cinema projectors and one absolute beast…

Both of these models benefit from Sony’s new X1 For Projector processor. As its name suggests, this is based on technologies developed for Sony’s premium TVs – but has, of course, been optimised for the different lighting engines used within each new SXRD projector.

The most exciting of the features introduced by the X1 For Projector processor is the Dynamic HDR Enhancer. This analyses each frame of the image down to a remarkably localized level so that it can make bright scenes brighter and dark scenes darker. Even more startling, though, is the way it actually seems to make the brightest parts of HDR pictures that contain a mix of light and dark content brighter, without simultaneously raising black levels. I’ll talk more about this in a ‘first look’ article later.

Sony has also added to the VW715ES/VW590ES and VW915ES/VW790ES the Digital Focus Optimizer technology it originally developed for its ultra short throw VPL-VZ1000ES model. This digitally compensates for any potential focus loss in the image’s corners that might be caused by degradation in the lens.

Looking at the differences between the laser and lamp-based models, the laser model delivers a claimed maximum light output of 2000 lumens and 20,000 of claimed life from its laser light source.

The laser lighting system means brightness and colour remain more or less consistent over the projector’s life time, too, and you can turn the projector on and off almost instantly, rather than having to wait for it to warm up/cool down as you have to with lamp projectors.

The lamp model’s light output tops out at 1,800 lumens, and inevitably it doesn’t provide the maintenance/day to day usage advantages associated with laser projection.

So much for the new models you don’t need to be a millionaire to buy. Let’s look now at the outrageous VPL-GTZ380.

The single most eye-catching – literally – feature of this model is its 10,000 lumens of laser-powered brightness. Yes, that’s right: 10,000 lumens. Double the output of the already legendary VPL-VW5000ES, and enough to deliver 500 nits on a 4m screen.

It also claims to deliver 100% of the digital cinema DCI-P3 colour gamut without having to dim the image, and gets a new X1 Ultimate For Projector processor which, as with the X1 Ultimate chipset Sony uses in its high-end TVs, adds even more precision and refinement to the picture through tools such as digital contrast optimization, object-based HDR remastering and object-based resolution enhancement.

Also, despite the unprecedented amount of light the GTZ380 is capable of pumping out, patented cooling technologies enable it to run more quietly than many other high brightness projectors – even though its chassis is surprisingly compact.

Its laser system introduces a new dedicated red laser to fix the slightly desaturated reds associated with the usual dual blue laser/phosphor wheel approach, and finally the GTZ380’s SXRD optical panel has been redesigned to be super light resistant to cope better with the 10,000 lumens light output.

With so much brightness at its disposal the GTZ380 can deliver HDR images with unprecedented punch and realism for the home projector market, as well as enabling bright images to be sustained on really huge screens/in huge rooms. Or its enormous brightness can be used to combat ambient light in rooms where it’s hard to achieve full black out conditions.

The only pity is that, as with the VW715ES/VW590ES and VW915ES/VW790ES, the GTZ380’s HDMIs don’t have the bandwidth to support the advanced 4K at 120Hz and variable refresh rate gaming features we’re hoping to see from the upcoming PS5 and Xbox Series X consoles.

They will all get gaming-friendly low latency modes, though – and having seen a demo of Gran Turismo running in native 4K HDR on the GTZ380, I can confirm that my jaw is still bruised from where it hit the floor.

As you might expect from all its dazzling specifications, the GTZ380 won’t come cheap when it becomes available in the next few weeks. In fact it will set you back 79,999 euros/£79,999 (US price not currently available). And that’s assuming you already have a screen and, indeed, a house big enough to do it justice.

Having spent time with an early sample of Sony’s new monster, though, I can confirm that if you are lucky enough to be able to afford/handle a GTZ380, it really does deliver an experience unlike anything I’ve seen from a home projector before. Look out for more first impressions in a separate article later.

I’ll also, hopefully, be reviewing all of these models in full over the coming weeks, so if you’re interested in any of them – and you really should be – keep an eye on my Forbes channel.