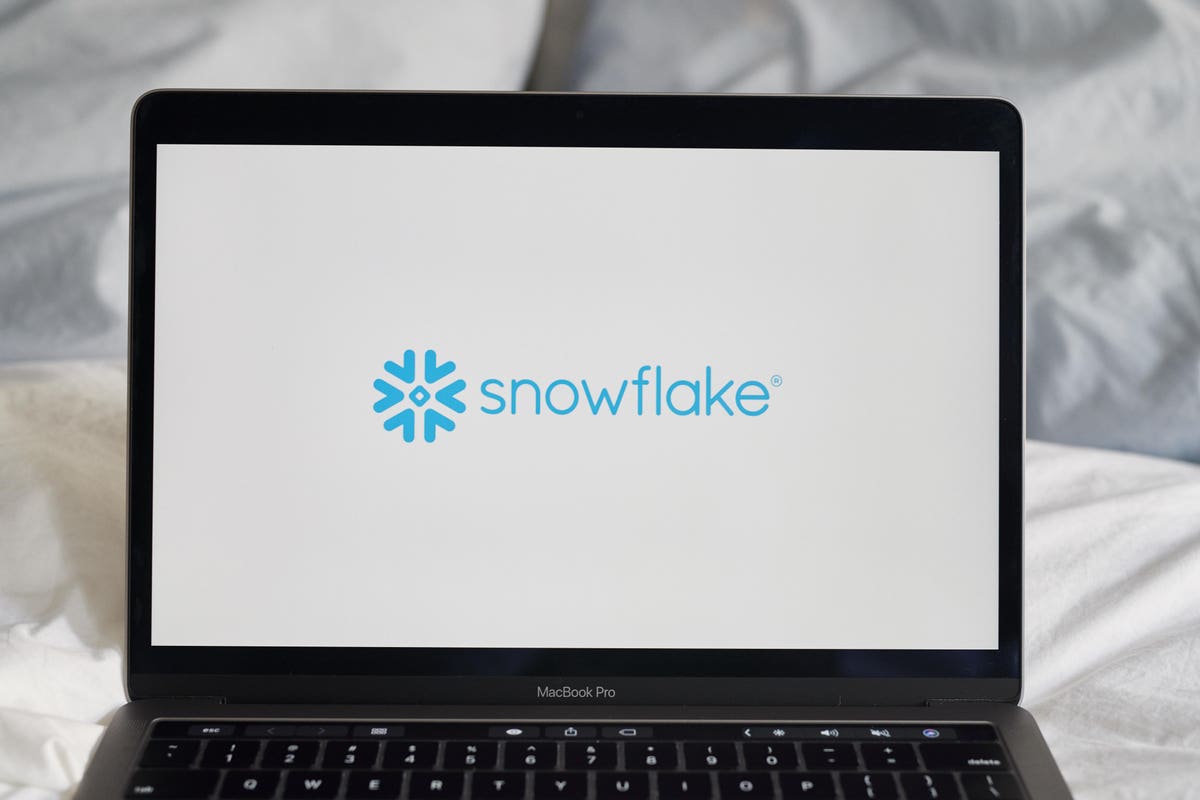 When I was at last year’s Snowflake conference, I met up with CEO Frank Slootman (he had been hired a month before). He said to me, “When I saw Snowflake, I couldn’t believe it. The company is onto something very big.”

Keep in mind that Slootman had already been the CEO of two other breakout tech companies. He led Data Domain to a public offering and sale to EMC for $2.4 billion. Then after this, he took the helm at ServiceNow, where he drove revenues from $100 million to $1.4 billion and took the company public. The market cap is now at about $86 billion.

But Snowflake could be his biggest deal. This week the company came public by raising $3.36 billion—making it the largest software offering ever—and the market value reached about $70 billion. On the first day of trading, the shares jumped by 111%.

The irony is that many VCs passed on Snowflake in the early days. “Few people gave the company any chance,” said Umesh Padval, who is a venture partner at Thomvest (I have a video interview with him here). “People thought they were going to get killed.”

Yes, it’s another classic case of how great investing is usually about going against the conventional wisdom. It also shows that amazing businesses are not always obvious.

So then why the huge success of Snowflake? What were the key factors? Well, I had a chance to talk to a variety of tech veterans. Here’s what they had to say:

Rob Woollen, the Chief Technology Officer and Co-founder at Sigma Computing (I have a video interview with him here).

I joined Sutter Hill Ventures in 2014 as an entrepreneur-in-residence and they had started working with Snowflake for an early funding. I actually got to see the pitch. My co-founder of Sigma Computing was advising them at the time.

So I got to see how a company developed and gained traction. What I thought was truly inspiring was that they didn’t just rebuild an existing on-premise product and run it in someone else’s data center. They really thought about how you build something in a world where there’s only the cloud.

The founders had a vision of the future where the world was going and they structured their product around that. This is how they would make a product ten or even a hundred times better than existing products.

Chris Lynch, the CEO of AtScale:

The lesson is to never accept anyone’s definition of you other than your OWN. Most people would have considered the database market saturated and not a place where tremendous innovation was possible. Yet the Snowflake founders and team saw an opportunity and wouldn’t accept any other outcome than the one they defined. Friction creates motion! There was friction in the provisioning, scaling and management of traditional RDBMS (even those that were invented during the MPP heydays of the early 2000’s). This friction was the catalyst and ultimate driver of Snowflake’s success.

Jiten Vaidya, the CEO and co-founder of PlanetScale:

Snowflake built an easy to understand, cloud agnostic, and extremely performant product that helped companies answer important questions about their businesses using the data generated in the course of running the business. They also innovated on their pricing model where there was a clear link between value derived and cost.

For a long time the benefits of a data warehouse were reserved for hyperscale companies that could solve the difficult technical problems associated with the technology. Snowflake understood that by solving those problems for everyone they could reach a massive audience.

Ajeet Singh, the co-founder and executive chairman of ThoughtSpot:

One of the lessons is that with the right idea and team, startups can continue to win against large companies even in the cloud world, creating billions of dollars of value in the process. To achieve that type of success, the old rules of innovator’s dilemma still apply. With the right product-market fit and execution, a 100 people startup can take on a 100,000 people company because it can be more focused and nimble.

Snowflake was ahead of everyone else in building an architecture that was optimized for the cloud. Data Warehousing is a 30-year old industry and has gone through at least 3 generations of technology. The cloud presented a new opportunity to leverage on-demand computing and elasticity that was not not available on premises. Whenever there’s a tectonic shift in one layer of technology, it opens new opportunities for everyone building on top of it.

Dev Ittycheria, the CEO of MongoDB:

It makes sense as the most valuable part of the infrastructure segment is tied to data. Data is everything to a modern application whether that’s gaming, retail or banking. The value organizations get from their data is so important they won’t use a second-class solution to handle and analyze it.

I also believe it’s proof that you can build an independent best-of-breed infrastructure company in the midst of the hyperscalers. We were asked the same questions when MongoDB went public in 2017. Now Snowflake is a beneficiary of this change in perception.

The reality is the majority of the market is still encumbered by old, legacy technology. Customers want choice and being able to provide a modern solution that offers multicloud capabilities is top of mind.

The Snowflake story is an incredible one. They tackled one of the biggest, hairiest problems in cloud infrastructure (the data layer) and solved a set of incredibly difficult technical challenges. And they paired this with a best-of-class hybrid enterprise sales motion that led to industry leading net dollar expansion. In enterprise infrastructure, to build an outlier company you need to solve a problem that addresses a very big market, but building a great product isn’t enough. You also need a well thought out go-to-market motion with a team that can execute against it.

Chetan Mathur, CEO of Next Pathway:

At the time, replacing Bob Muglia for Frank Slootman was the right choice, albeit controversial. While Muglia was beloved, Slootman is considered a consummate pro, capable of enabling the company to go to new heights. Slootman has the playbook for taking high-growth companies public; he executed his strategy perfectly. This included bringing in his own lieutenants at key positions (like Mike Scarpelli as CFO, formerly with Frank at Service Now), reorganizing their sales teams, and putting a big focus on migration solutions.

Snowflake never stopped advancing their solutions. Management did not get distracted. They stayed the course and were patient while the brilliance of their technology began to be recognized. They also knew what they needed to do to drive the business through the stages when it was time to make changes to the management team at various stages throughout its growth.

Snowflake’s product just worked better than it’s competition. In a somewhat crowded market, competing with the biggest companies in the world, they built a superior product and focused on it for the first many years. Most startups these days rush to market with a ‘minimum viable product’ (MVP). In massive markets like data warehousing, you can’t bring an MVP knife to a gunfight.

Tom (@ttaulli) is an advisor/board member to startups and the author of Artificial Intelligence Basics: A Non-Technical Introduction and The Robotic Process Automation Handbook: A Guide to Implementing RPA Systems. He also has developed various online courses, such as for the COBOL and Python programming languages.