Should You Upgrade Your PC With The RTX 3080 Or Buy A New PS5 Or Xbox Series X? 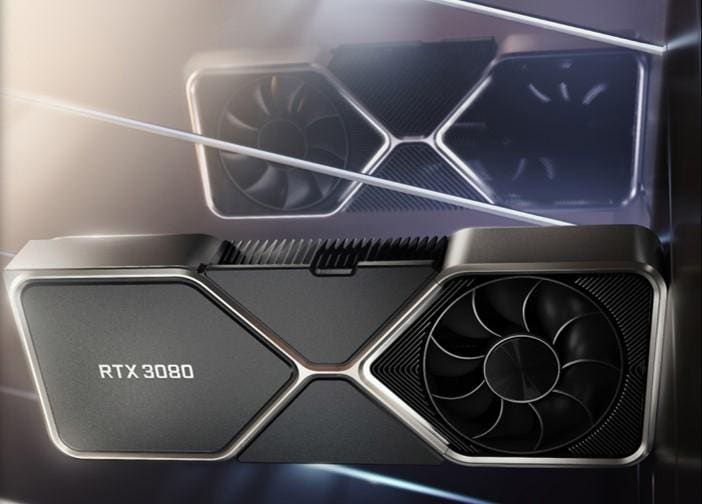 As we (Tirias Research) and countless other tech review sites have reported, having new consumer graphics cards based on NVIDIA’s new Ampere GPU are a major performance boost for gaming and creative PCs. However, when you combine this with price points starting at just $499 (for the GeForce RTX 3070), a critical mass of major game titles supporting Nvidia’s ray tracing technology, the growth of esports, and a COVID-19 epidemic that is increasing consumer PC use, you have a major market inflection point. This inflection point combines new technology, increased performance and functionality, and new price points that is sure to drive demand for high performance PCs and high-performance graphics.

Simultaneously, game consoles are receiving a generational upgrade that is at similar price points to previous generations and to the RTX 3070, leverage new technology including ray tracing, and are generating consumer excitement. But without an unlimited gaming budget, consumers will have a hard choice this holiday season on which platforms to choose – a new console or upgraded PC graphics.

Tirias Research was given the opportunity to test the GeForce RTX 3080 Founders Edition. Without going down the technical spec rabbit hole, the tests were run on a very high-end PC powered by the AMD Ryzen 24-core/48-thread 3960X CPU matched to 64GB of DDR4 Corsair Dominator memory. We used the same platform to test the previous generations of RTX cards and the latest ATI RX-series Radeon GPU cards. We divided the tests into two categories – benchmarks and gaming.

Putting The GeForce RTX 3080 Through The Benchmarks

The benchmarks we ran included a number of GPU-centric benchmarks, such as 3D-Mark, Passmark, Unigine, and UserBenchmarks, and a number of PC/compute-centric benchmarks just for reference. In the GPU benchmarks, the RTX 3080 crushed everything we have tested before, with performance increases that exceeded 50% in some cases. The most impressive stats, however, are how the numbers compared to the posted benchmark scores run on other PCs.

In the graphics benchmarks, our test system performance numbers were typically in the top 98% to 99% of all systems tested. The only systems that beat ours typically had two GeForce RTX 2080 graphics cards, and/or an even higher-end processor. Some of the comments in the benchmark results say it all. The UserBenchmark noted that graphics score of “198% is a record-breaking 3D score, it’s almost off the scale. This GPU can handle all 3D games at very high level of resolutions and ultra-detail levels.” The graphics scores were often several times higher than the average benchmarks, but that includes all benchmarks run on all platforms. As expected, the RTX 3080 also improved the system scores on the system level benchmarks like Cinebench and PC Mark 10.

Putting The RTX 3080 To The Gaming Test

The real stress test comes in letting a group of teenage gamers loose on the platform with an assortment of games include both games that support and do not support ray tracing. The non-ray tracing games included titles like Apex Legends, Doom Eternal, and World of Tanks. Games tested that support ray tracing included: Battlefield V, Call of Duty: Modern Warfare, Fortnite, Minecraft, and Quake II RTX. As expected, all of the games recorded higher frame rates, had higher resolution graphics, and faster response times (network permitting). The comments from the test group included everything from “this is incredible” to “we really need an 8K monitor.”

Because of some of the early reports of third-party cards crashing, we decided to push the Nvidia RTX 3080 Founders Edition card to the limit to see if we could replicate the problem. In terms of the overall user experience, we noticed more heat and noise with the graphics card is at peak performance. The RTX 3080 features an incredibly unique cooling design to pull air into the car and eject it out the back of the PC. The heat was very evident from some of the thermal images we took off the system while running the benchmarks and the fan noise was noticeable. However, we never experienced any performance issues or crashes, and the slight increase in noise and heat is an acceptable price to pay for the performance you receive. And, if you are a gamer that wears a headset, you will not even notice the difference

Now the real question: should gamers invest $499 to $699 for an RTX 3070 or RTX 3080, respectively, or $499 for a Sony PS5 or Microsoft Series X game console? Prior to the introduction of the RTX series of PC GPU cards, the answer was obvious – buy a new game console based on the games you like to play. But with the new GPU cards, the answer now depends on the much more than the games, because the new RTX cards also give you a boost in overall PC performance which can be used for much more from design work to developing AI applications. Note that whatever the decision, upgrading to a higher resolution monitor or TV is likely in the cards. The challenge, however, is getting any of the above products because the overall demand for gaming is so high right now. Top of my gamers’ lists are the RTX 3080 and a new monitor or the RTX 3090 with the hope of a new monitor in the future.