See inside a marine science laboratory unlike any other: the OceanXplorer 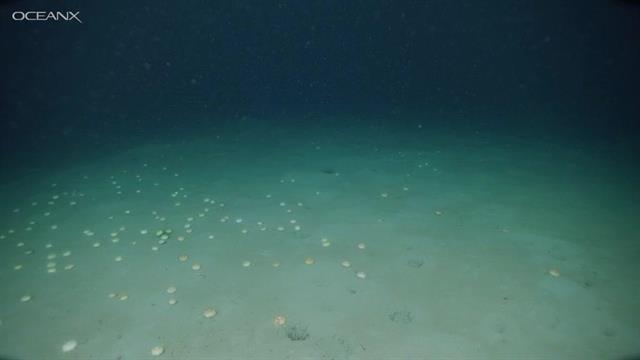 In 2016, Ray Dalio, an investment fund manager, bought a ship designed to drill into the ocean floor to search for oil. Now, as part of his OceanX initiative, the vessel is making its debut as one of the most decked-out venues for advancing our understanding of the deep sea.

Unveiled this week in a new video provided exclusively to National Geographic, the OceanXplorer has been retrofitted over the past four years to double as a cutting-edge research center and a media production studio. The 286-foot-long ship has been modified to house a helicopter landing pad and climate-controlled hangar, a 40-ton crane, three submersibles, onboard DNA sequencing, and other scientific gear. In addition, the ship will have the ability to take high-quality images at unprecedented depths. An underwater modem will allow these images to be livestreamed around the world from thousands of feet under the sea.

“The ship OceanXplorer will take ocean explorers to never-before-seen undersea worlds and allow them to beam back what they encounter via social media, digital experiences, and a TV show,” Dalio says in a news release. “It will be mind-blowing.”

The hope is that the OceanXplorer will bring together scientific experts and talented storytellers to make the case as Dalio puts it, “that ocean exploration is both more important and more exciting than space exploration.”

Fresh from a field test in Norway, the vessel is currently in the Red Sea off the coast of the Arabian Peninsula. There, the crew is preparing for an inaugural mission to study so-called super corals, which have the ability to recover and successfully reproduce after severe stress caused by phenomena such as ocean warming.

In an upcoming National Geographic series, National Geographic Explorer-at-Large James Cameron and filmmakers with BBC Studios will follow the OceanXplorer and its crew around the world as they study different parts of the ocean. “It’s going to enable me, other filmmakers, scientists, explorers, to just get out there and find things that we truly don’t know are there yet,” Orla Doherty, executive producer of BBC Studios, says in a video that was released earlier this year, which was also produced by Dalio’s ocean exploration initiative.