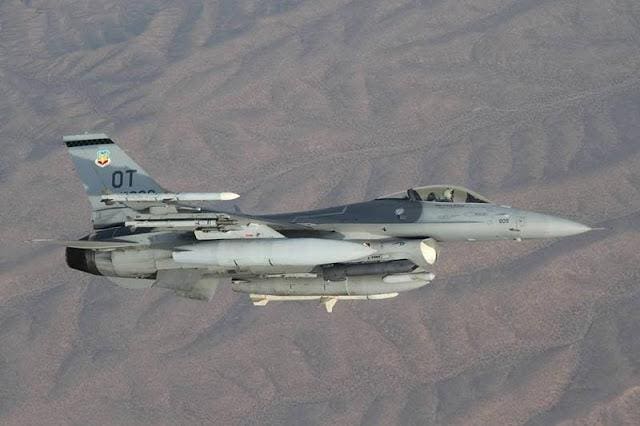 Last week the U.S. Air Force announced successful tests of the BLU-136 Next Generation Area Attack Weapon, a 2,000-pound munition to replace its controversial cluster bombs. The new weapon aims to be as lethal as a cluster bomb, but without leaving unexploded warheads afterwards. It does this with a new version of a very old technology – but arms control experts are still skeptical of its purpose.

Cluster bombs saturate the area below with small bomblets or submunitions, like the USAF’s 1,000-pound CBU-103, which scatters over 200 bomblets resembling soda cans across an area the size of two football pitches. This is enough to ensure anyone inside that area will almost certainly be killed or injured. Such weapons are devastatingly effective but notoriously ‘dirty’ because up to five percent of submunitions fail to detonate. The unexploded bomblets may be set off when they are scavenged as scrap metal, or picked up by children, or by plowing, and kill many civilians years after the conflict is over. While the U.S. has not abandoned cluster bombs outright like other nations, it is seeking to minimize their use. Hence alternatives like the Next Generation Area Attack Weapon.

Most high-explosive aerial bombs have a thin metal casing. When the bomb explodes, the casing swells up like a balloon before busting and spraying lethal fragments over a wide area. The fragmentation effect can be enhanced by scoring the casing to ensure the pieces are the right size – designers want even, bullet-sized pieces. (It is however a popular myth that the old-style ‘Pineapple’ grenade casing was cross-hatched to fragment better – it was all about grip, and the grenades did not break into even fragments).

To match the power of cluster bombs, the Next Generation Area Attack Weapon needs something extra. While the War Zone reckons this is achieved by making the casing from brittle cast iron, which fragments better than steel, the real secret sauce can be found in details of the 2018 statement of requirements.

The requirements state that as well as a bomb casing, the weapon assembly includes ‘fragmentation packs,’ arrays of steel cubes held in place by ‘potting material.’ This explains why the new weapon is narrower than a standard 2,000-pound general purpose bomb; it has relatively little explosive filler, and much of the weight is taken up with these fragmentation packs. A $600m, seven-year deal for up to 15,000 weapons was awarded to Major Tool & Machine and Faxon Machining.

The packs are a direct descendent of a concept devised over two centuries ago by Henry Shrapnel, then a Lieutenant in Britain’s Royal Artillery. In Shrapnel’s day there were two sorts of artillery projectile, cannister, which burst on firing, turning the cannon into a giant shotgun, and solid cannonballs. Shrapnel wanted to produce more damage against close-packed troops at long range. His 1784 invention was a hollow cast-iron sphere filled with gunpowder and musket balls, with a basic fuse. If timed properly the shell exploded in the air above the enemy, delivering a lethal rain of musket balls in addition to shell fragments.

The new weapon was adopted by the British in 1803 and became known as the Shrapnel Shell. It was kept secret for some time but the design was soon copied and became universal, and ‘shrapnel’ became a generic term for any bomb fragment. While Henry Shrapnel used round musket balls, some modern bombs, like the new Next Generation Area Attack Weapon, use cube-shaped shrapnel, which are cheaper and apparently more effective at causing injuries. These days computer models calculate an optimized ‘fragment field,’ and the exact size, number and arrangement of the cubes in the fragmentation packs will be important to ensuring their effectiveness.

Rather than a lit time fuse like Shrapnel’s shell, the Next Generation Area Attack Weapon has a high-tech height-of-burst sensor. This allows it to be detonated at an altitude which can be set before launch, allowing the pilot to control the area affected, with greater heights giving a larger but less intense shrapnel field.

According to a USAF spokesman, the tests, which involved seven F-16 missions dropping a total of ten bombs, showed the weapon “would be very effective against light vehicles, light structures, and personnel.”

However, the test results, as stated seem unimpressive, with the fragments stated to be effective at distances “in excess of 225 feet.” As you can imagine, that’s no improvement over the current 2,000-pound bomb. Exact data is hard to obtain; one site on explosive munitions reckons the lethal radius of a standard 2,000-pound bomb is some 1,200 feet, which corresponds closely with the figure given by arms control group PAX. We can only guess that 225 feet is some sort of minimum threshold and the actual effective range of the fragments is much greater.

All of which does not mean the weapon will help with the problem it was intended to solve. Frank Slijper, PAX’s arms trade project leader, says that while the new weapon will not leave unexploded submunitions, the problem is that it will be used alongside cluster bombs rather than replacing them.

“With the U.S. backstepping from earlier commitments to exit cluster bombs use, this now rather appears to be another deadly weapon, which may cause large numbers of civilian victims through its massive blast and fragmentation effects,” says Slijper. “If over time this may also become an export product, those effects will only be amplified.”

From Slijper’s point of view, the fact that the new weapon was developed proves the growing stigma against cluster bombs. But if the U.S. is going to carry on using cluster bombs as well, the new weapon becomes just a deadlier alternative to its general purpose bombs.

The question of whether to scrap, replace, phase out or update cluster bombs continues. Meanwhile, The BLU-136 Next Generation Area Attack Weapon is likely to find a place in the USAF’s arsenal for attacking personnel, light buildings and vehicles, showing that Henry Shrapnel’s invention is still going strong.