Scientists Find Out How Large This Shark Once Was 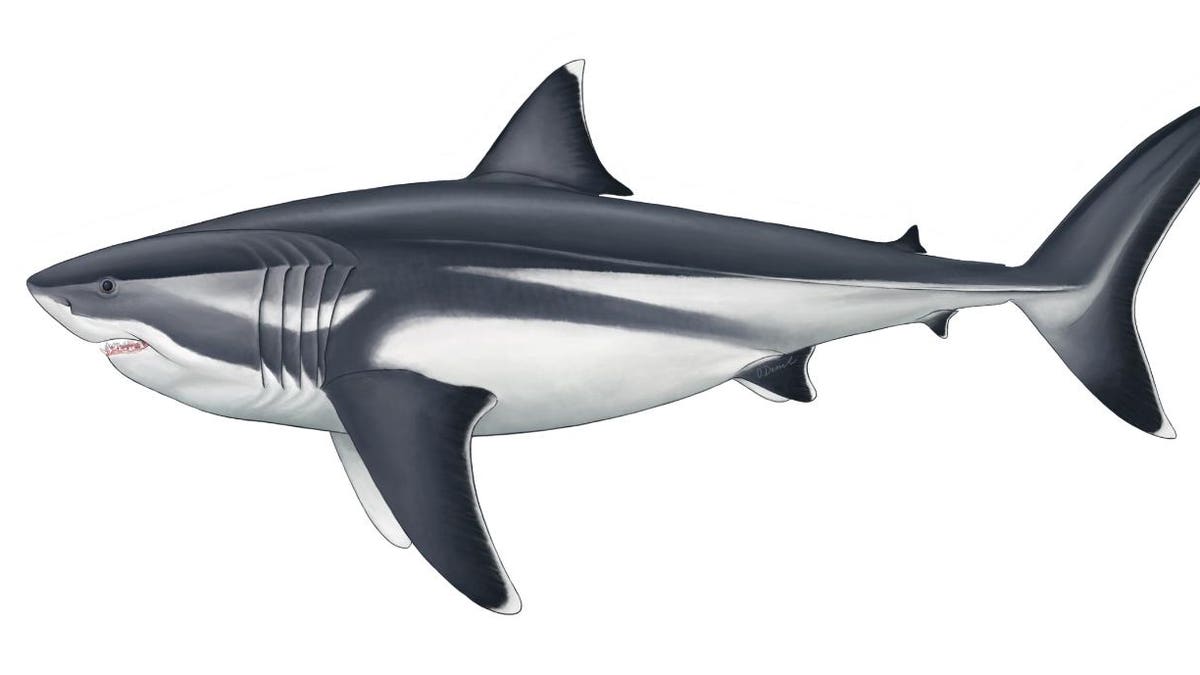 Megalodon. An ancient creature that still strikes terror into many people’s hearts, even though it disappeared from our ocean millions of years ago. Scientist Jack A. Cooper of the University of Bristol was not only terrified, but captivated, when he first came across Megalodon at just six years old on a BBC documentary called ‘Sea Monsters’ where zoologist Nigel Marven ‘visited’ the Pliocene where he got into a shark cage and came across the huge Megalodon. “To little six-year-old me, it was both terrifying and captivating that such a giant shark had actually existed and so I immediately wanted to know more about it. I was hooked ever since and from there wanted to go into palaeontology and study the animal in full,” said Cooper. Estimated to be the largest macropredatory shark known to have existed, only their total length has ever been calculated, based on estimates from the great white. That is… until now.

Led by Cooper, a team set out to investigate the individual body dimensions of this iconic shark. Estimating the body size of exceptionally large extinct animals is a difficult task due to the fossil record being inherently incomplete and because allometry (how the characteristics of living creatures change with size) can make extrapolations hard to model. As explained in the new Nature paper, “Palaeontologists therefore have to rely on the relationships between often isolated and fragmented body-part remains and length in extant relatives to estimate the body size of extinct giants.”

We have fossilized teeth to thank for knowing what we do about Megalodon (Otodus megalodon, previously known as Carcharodon or Carcharocles megalodon). In fact, their name means ‘large tooth.’ The earliest megalodon fossils date to 20 million years ago, fascinating all who come across their teeth that can reach 7 inches (18 centimetres) long. Researchers have estimated that megalodon had a bite force of between 108,514 and 182,201 Newtons (N); to put this in perspective, great white sharks are predicted to have a bite force of 18,216N while humans have a meager bite force of 1,317N.

Using these tooth fossils (and the great white shark, Carcharodon carcharias, as an analogue) it has been calculated that this giant shark reached a maximum total length of about 49 to 59 feet (15 to 18 meters) long. Why use the white shark as an analogue? Well, Megalodon was originally classified in the family Lamnidae (order Lamniformes) with C. carcharias considered its closest living relative until a detailed examination of tooth morphology challenged the relationship between these two predators. It turns out that great white sharks descended from a lineage that includes the mako sharks rather than Megalodon! Thus, the extinct animal was reassigned to the family Otodontidae within the order Lamniformes. This changed everything. It meant other macropredatory lamniforms, in addition to great white sharks, could serve as modern analogues of Megalodon, thus aiding the reconstruction of this animal’s body dimensions (i.e. head length, dorsal fin height and width, tail height).

“We set out to find the proportional relationships between specific body parts and total length in five modern day sharks including the great white and mako sharks. These sharks are all large predators with an ability to control their body temperature, just like Megalodon is proposed to have been, and have very similar body forms for supporting those traits. We therefore measured the specific body parts (e.g. head, tail, fins) of these sharks and determined their proportions to total length,” explained Cooper. Thus, the resulting regressions provided the first quantitative estimates of these body parts in Megalodon. This ultimately allowed the team to produce a full 2-D reconstruction of this giant shark! The art brought to life a 53 ft (16 m) Megalodon, showcasing a head of >13 ft (>4 m) long, a tail of ~12.6 ft (~3.85 m) high, and fins as large as adult humans!

“These results give us a more complete picture of Megalodon’s size and profile and help to aid future reconstructions of this huge shark – such as the artistic reconstruction done for our paper,” said Cooper. “Knowing its body form through these new measurements and subsequent reconstructions could also help us connect some dots about Megalodon’s ecology and how its body form may have supported its lifestyle of eating ancient whales, or even if this played a role in its extinction in the Pliocene.”

Although there will always exist gaps in our knowledge when it comes to these extinct animals, it is amazing that work carried out by teams like Cooper’s can give us glimpses of what our oceans might have been millions of years ago.