Science Confirms the Megalodon Was Just So, So Big 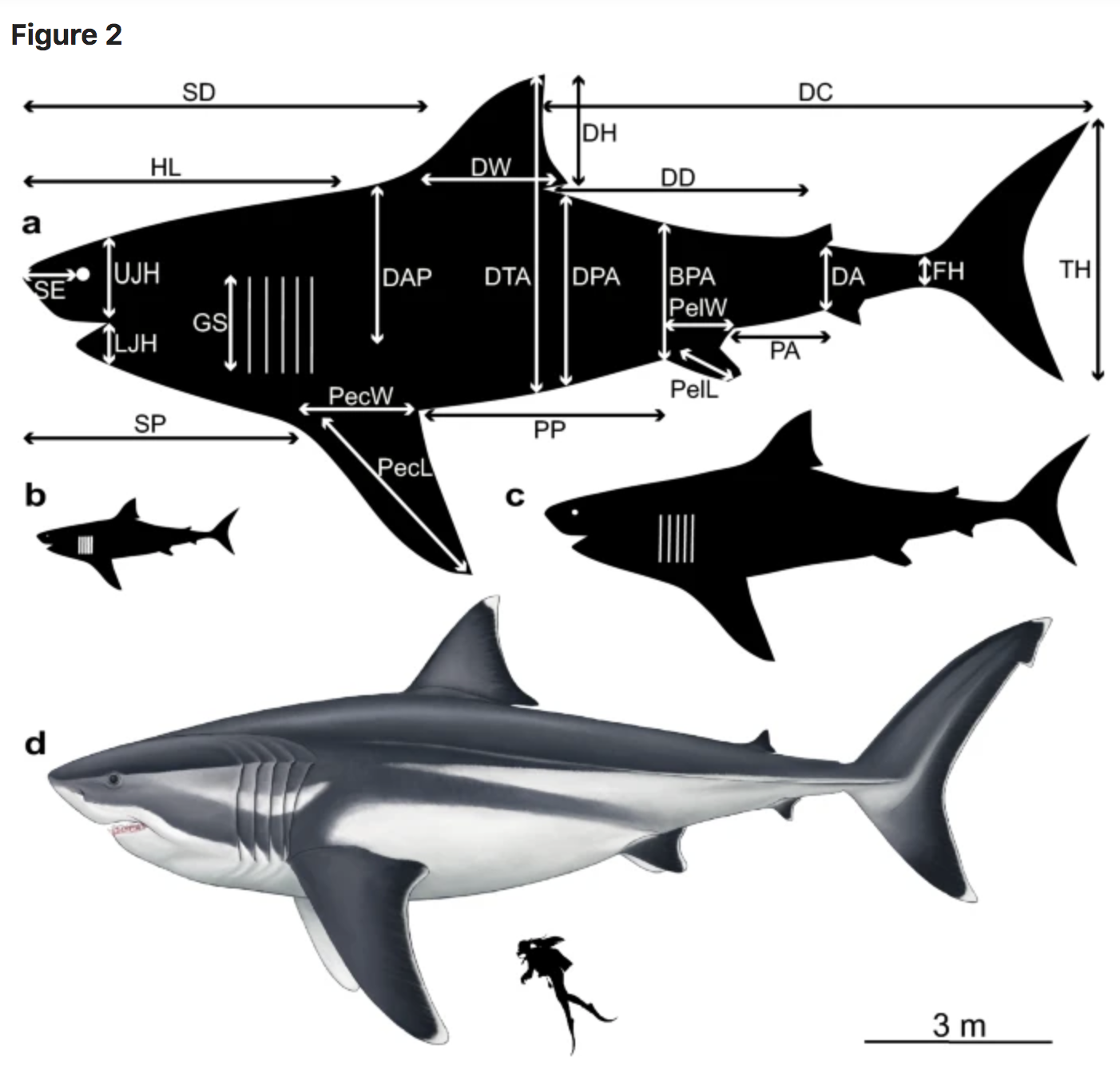 If you’ve ever tuned into Dicovery’s Shark Week or sat through the so-bad-it’s-good Jason Statham Flick The Meg, you know the prehistoric Otodus megalodon shark—one of the most ferocious apex predators to ever roam the seas—was positively gigantic. But now, scientists have figured out just how massive the megalodon really was.

After the researchers studied the build and size of five ecologically and physiologically similar surviving shark relatives (the shortfin mako, the longfin mako, the salmon shark, the porbeagle, and of course, the great white), they deduced that a 52.5-foot long megalodon likely had the following measurements: a 15.3-foot-long head, a 5.3-foot-tall dorsal fin, and a 12.6-foot-high tail. As The Guardian points out, “this means an adult human could stand on the back of the shark and be about the same height as the dorsal fin.”

🦈 You like badass beasts. So do we. Let’s nerd out over them together.

Up until now, we’ve been trying to size up the meg based almost exclusively on a few fossils, including their teeth and the anatomy of sharks from the same lineage, like the great white (Carcharodon carcharias). But those figures were always estimates. And it turns out the meg was actually more closely related to a mako shark ancestor.

In addition to the bracketing, the scientists used linear models and geometric morphometric analyses to create a 2D megalodon reconstruction.

The megalodon, which had a solid 13 million-year run as king of the sea, went extinct around 3.6 million years ago. Since the meg’s body was mostly comprised of cartilage, which does not fossilize, scientists have been using the shark’s sizable teeth (some surpassing 7 inches top to bottom), vertebrae, and poop fossils to figure out the meg’s body measurements.

The team hopes its research can inform additional studies and analyses in the future. But for now, we’re 52.5 feet closer to unraveling the mysteries of this ancient beast.