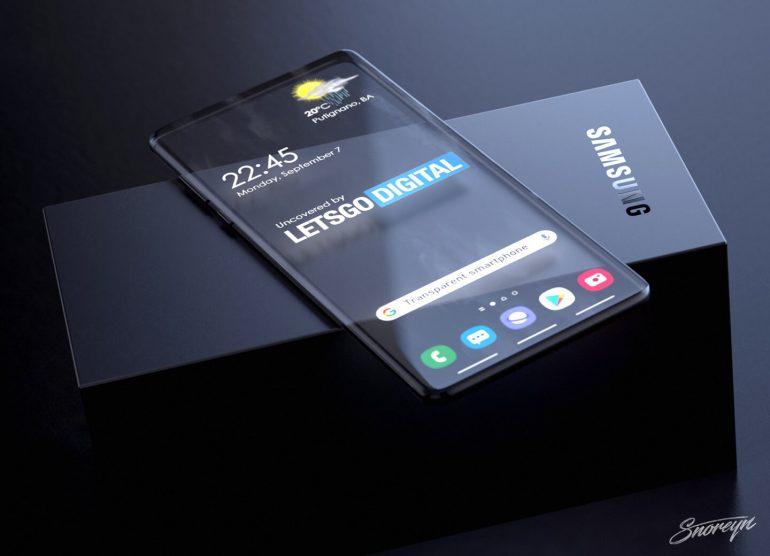 Welcome To A New Round Of Galaxy Speculation

With the Galaxy S20 and Galaxy Note 20 behind us, it’s time to turn the geekerati’s attention towards 2021 and Samsung’s next handsets. The presumptively named Galaxy S21 will be the flagship, and the latest leak suggests another triumvirate of Samsung smartphones. Daniel Petrov reports for Phone Arena:

“Tucked in Samsung’s community forums in Korea, is a posting that depicts all of the expected three 2021 S series phones – the Galaxy S21, S21+, and S21 Ultra, or whatever Samsung names them – and with model numbers that indicate those are the Verizon versions, too.

“It makes sense that Samsung is starting with Verizon’s firmware, given that Big Red has strayed so far from the 5G pack, that its mmWave 5G network requires special modems and antennas in exclusive “phones that are usually denoted with the UW suffix, for Ultrawide Band. “

In any normal product cycle, the Galaxy S21 family would be expected to launch in early February, just ahead of Mobile World Congress. Who knows what will happen in 202? At least we know the size of the batteries.

” another Galaxy S21 leak from a few days prior hinted at battery capacities for two of the three models, via China’s 3C certification board. From the looks of it, the S21 and S21 Plus will pack 3,880-mAh and 4,660-mAh units, which would be both slightly less and more than those phones’ respective predecessors.”|

Looking Though Your Galaxy

Samsung is already a leading light in foldable screens on smartphones, so what comes next for the South Korean company? How about not just a transparent screen for selfie cameras, but a transparent phone? Ilse Jurrien reports on a futuristic pantent:

“The patent was published on August 27, 2020 and describes the technology needed to create a transparent smartphone….

“…The OLED screen is equipped with a transparent luminous display panel through which light can shine. Thus, content can be displayed on the transparent screen while users can simultaneously see through the phone. It can be a flat display, but also a flexible screen that can bend, fold and / or roll – according to the patent description.”

The big question of course is ‘where do the components go?’ but let’s enjoy this glimpse of the future from Let’s Go Digital and digital artist Snoreyn.

Although it has been available to download as a beta for some time, this week saw Google release Android 11 to the public. The release has a focus on better management of messaging via multiple apps, of media from multiple sources, and increased granularity to privacy controls. Dave Burke picks eleven of the key features on Google’s product blog:

“I often find myself switching between multiple messaging apps to stay connected with people I care about. In Android 11, conversations across messaging apps will be moved to a dedicated space in the notifications section, making it easy to manage your conversations in one spot. You can also prioritize conversations from the key people in your life so you never miss an important message.”

Android 11 is Initially available on all of Google’s current Pixel devices as well as a number of handsets from OnePlus, Oppo, RealMe, and Xiaomi; with other smarpthone manufacturers expected to release their own implementations over the coming months.

Huawei unveiled the next major version of its Android implementation, EMUI 11. Unlike previous years where the EMUI numbering stayed in sync with Android, but EMUI 11 is not based on Android 11, rather it is based on the Android 10. The changes are primarily in the interface, to make it both more welcoming, and better suited to how the modern smartphone is used. That means more animations, improved ‘always on’ screens, and improved multi-windowing of apps on the smartphone screen.

“It all starts with the new “Smart Multi-Window” panel in EMUI 11… a vertical panel that slides in from either edge of the screen.

“Tapping on an app launches it in a floating window… the close and expand buttons simply quit the app like normal or launch the app in its normal fullscreen view, as you’d expect, but the minimize button interestingly shrinks the window into a “bubble” that anchors to the closest edge… Once minimised, the bubble acts like Facebook’s floating chat head—or Android 11’s bubble notifications feature, whichever you’d prefer to compare to—in that it can be dragged around on screen and dismissed by dragging to the bottom.”

Huawei Is Not Going Anywhere

Staying with Huawei, the company’s keynote at this week’s IFA 2020 saw President of Consumer Business Group in Europe, Walter Ji, indirectly address the pressure that the Chinese manufacturer is under thanks to its inclusion on the US Entitiy List. Yordan Angelov reports for GSM Arena:

“Huawei directly employs 14,000 people in Europe and 200,000 more indirectly spanning over 23 research sites, making it the fifth-largest R&D investor in the European Union for 2019. By the end of 2020, Huawei plans to expand its offline presence with its own demo stores across France, Spain, Belgium, Italy, Germany, and the United Kingdom.

“The executive also reiterated Huawei AppGallery is the third-largest app marketplace in the world, although he didn’t comment on the gap to the top two – Google Play and App Store.”

Although no directly branded Huawei handsets were launched, its Honor brand announced two new Android-powered tablets for the UK and Europe in the shape of the Honor Pad 6 and Honor Pad X6. Already available in China, the tablets come with either 3GB RAM and 32 GB Storage, or 4 GB RAM and 64 GB of storage. Hannah Cowton reports:

“The Pad 6 and Pad X6 come with a 5Mp rear camera and a 2Mp front-facing snapper, along with dual speakers and a built-in microphone. The Pad 6 also comes equipped with Honor’s new Magic-Pencil, which features 4,096 levels of pressure sensitivity.”

Also at IFA, TCL has announced two new Android tablets in the 10 Tab Mid, and the 10 Tab Max., which are expected to ship before the end of the year. Hadlee Simons has the details:

The rest of TCL’s IFA launches can be found at at Android Authority.

This week saw the Surface Duo reviews move away from the physical design to the software and the experience of Microsoft’s dual-screened device. It’s not a smartphone (but has many echoes) which makes it a harder device than normal to review when the yardstick is a Galaxy S20 or iPhone 11 Pro. And that’s important, because the Duo is trying to be something else. Dieter Bohn takes a closer look at the device, but also sets the tone of the Surface Duo’s world:

“It’s unlikely that Microsoft has lit upon an iPad-sized market with the Duo. But despite the bugs, I do think it has made a case for itself as a new kind of device — or at the very least, it has earned a chance to keep a spot in the emerging class of devices that try to fit a larger screen in your pocket by folding it in half in some way.

“But a better comparison for the Duo isn’t the iPad; it’s the original Surface tablet. When it was first announced, it wasn’t really ready. It had a bunch of very good ideas, but the execution was bad, and a lot of people just didn’t get what Microsoft was going for. But a few years later, Microsoft finally came through with the Surface Pro 3, which actually achieved what the first Surface was trying to do.”

You can read the full review at The Verge.