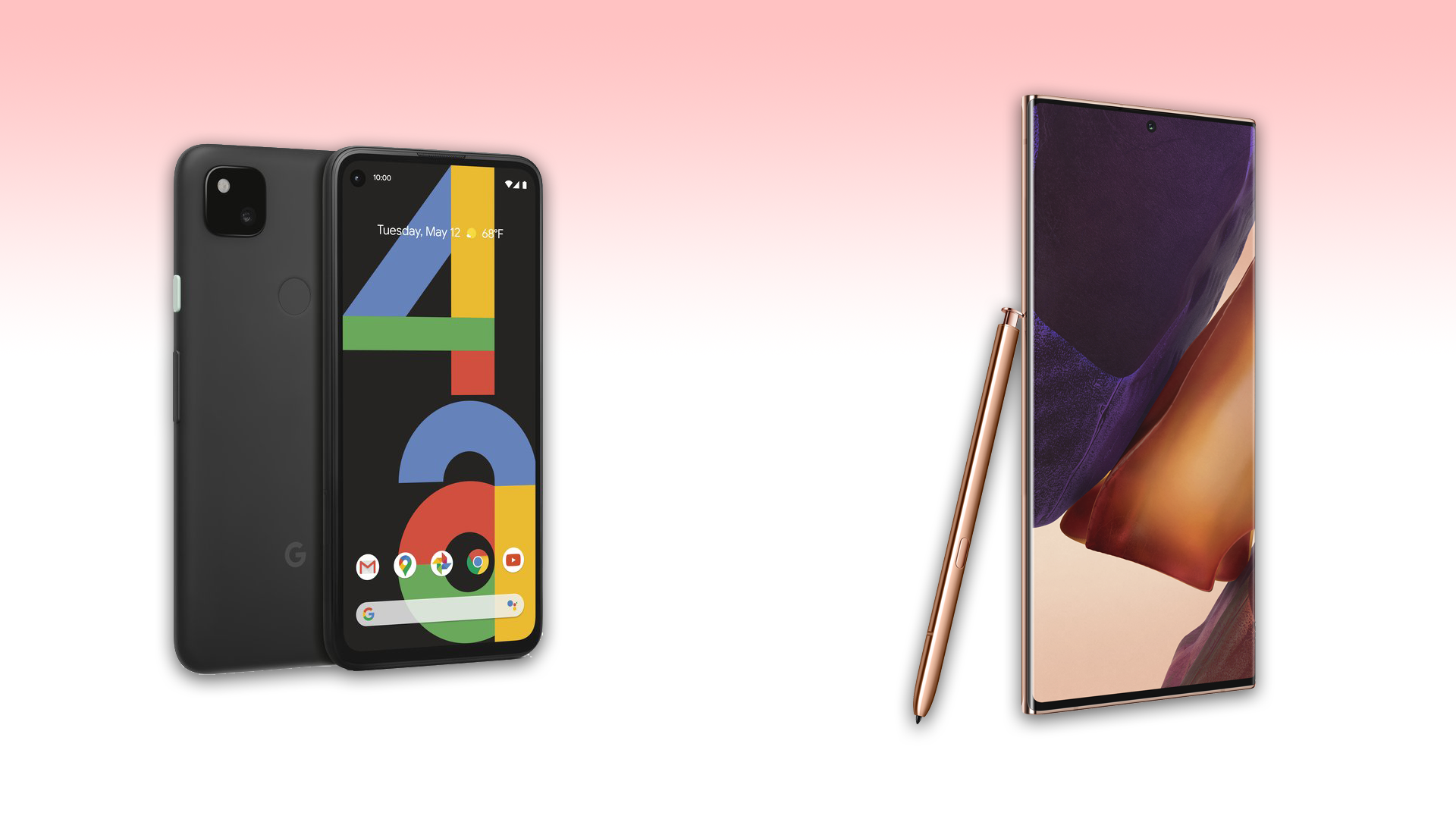 How much money are you willing to spend on a new smartphone in 2020? A few hundred bucks? A few thousand? A few weeks with two popular smartphones—the budget-friendly $349 Google Pixel 4a and the extravagant $1,299 Samsung Galaxy Note20 Ultra 5G—tells a story one probably knows offhand is true: You don’t really need a thousand-dollar smartphone, but spending more confers some benefits to be sure.

The allure of a flagship smartphone like Samsung’s Galaxy Note20 Ultra 5G is immediately apparent. Available in bronze, black, or white, it is indeed a real looker. Still, there’s nothing particularly groundbreaking about the Note20 Ultra compared to the company’s previous flagship smartphones, like the Galaxy S20 Ultra. Instead, it’s a refinement of Samsung’s efforts to outmatch competitors with raw power, better images, and even more use cases for its built-in S-Pen stylus.

But the Note20 makes the case for dropping a grand pretty quickly, starting with its gorgeous screen. A laundry list of high-end technology is crammed into the Note20 Ultra 5G’s 6.9-inch, Quad HD+ display with curved edges that give it a slender design compared to the last Note. There’s a hidden fingerprint sensor you’ll never notice until the icon pops up, a front-facing hole-punch camera that splits the difference between Apple’s annoying (but more capable) “notch” cut-out and a thick bezel outlining the screen.

It’s a good thing fanny packs are back in style, because the Note20 Ultra 5G is gigantic. While the term “phablet” has long been used to deride large smartphones stuck somewhere between a typical smartphone and a tablet, the Note20 Ultra 5G seems to be angling for a comeback. While it’s certainly big, its size allows for that stunning HDR+ screen, its (up to two) days of battery life, and processing power that makes games run without a hitch.

The camera bump on the rear of the Note20 is a true monster in terms of size and capabilities. Like the S20 Ultra, the Note20 Ultra has a trio of cameras on the rear, along with a laser autofocus sensor for improved portrait and night mode shots. Pictures are crisp, saturated, and really pop on the AMOLED screen. The camera almost mirrors the S20 Ultra’s capabilities, but eschews the 100x super zoom function for a more modest and usable 50x zoom. Its portrait mode shots are equally impressive, though all feature the telltale aura of software manipulation to achieve the high-end DSLR look. My favorite feature from the S20 Ultra is still here: Single Take, which records photos, videos, and looped GIFs all at once for up to 15 seconds, is an influencer’s dream come true.

Are you a gamer? Then sure, the huge screen (and its 120Hz refresh rate) might make this your perfect portable entertainment device, so long as you bring a controller. And Samsung’s partnership with Microsoft, which brings the Xbox’s Netflix-like Game Pass Ultimate service to the Note20, makes it an even more capable gaming machine.

But when you just need a phone, is the cheaper option just as good? The way we consume content has changed to the point where specs once integral to the decision of “which smartphone should I buy?” are now tertiary amenities obviated by advances in how the stuff we love gets delivered to us. While a huge storage capacity was great for downloading hit songs or recording videos of your family, you don’t need a huge amount of storage space any longer if your photos are stored in services like Google Photos. The same goes for streaming music and movies; why pay extra for space you don’t really need?

I can’t think of many who do. With the COVID-19 pandemic ravaging the country, and millions of Americans struggling economically, the last thing on many people’s minds is the purchase of a $1,300 phone for gaming and better selfies.

That’s not to say you shouldn’t get a thousand-dollar phone. If you need three cameras, if you use your phone as a primary means of entertainment, if you actually do work using features like Samsung DeX or the Windows-friendly Your Phone feature, and if you’ve got the cash to burn, then go for it! The Note20 Ultra 5G is a workhorse, especially when paired with accessories like a monitor or mouse and keyboard. But frankly, I have no interest in spending over a grand on a smartphone with a single screen anymore, especially when the returns are so minor compared to prior generations. When it comes to getting the most bang for your buck, high-end smartphones may have been the answer in the past, when you only expected a single camera on the back. But now? Cheap phones are where it’s at.

Take the Pixel 4a, Google’s newest budget-friendly smartphone. Yes, it’s just $349, which means some corners are inevitably cut. But they’re corners I can live without, especially when everything about the device is more than good enough. The best part? It actually fits in your pocket.

On the Pixel 4a, you only get a single lens, so there’s no optical zoom or ultra-wide angle capabilities. But the photos benefit from everything Google’s done in the photography department, from its use of computer vision to its awesome night mode shots.

Other Pixel 4a features are more than sufficient for the average person, perhaps even desired when compared to the higher-end alternatives. The 5.8-inch OLED 1080p display is perfectly suited for watching YouTube and Netflix videos (though you won’t get those bright, saturated colors you might enjoy on an HDR-capable screen). One fun surprise? The inclusion of a headphone jack. One understandable omission? The lack of 5G connectivity, a feature set to arrive with Google’s anticipated Pixel 4a 5G (although it will reportedly use the slower of the 5G radio bands).

The 4a’s smooth, plastic back, relatively small size, and rear fingerprint sensor make it a great fit for one hand without feeling like you’re one misplaced finger away from dropping it. The camera on the Pixel 4a? It does the job, and does it spectacularly well. In fact, you’d be hard-pressed to discern whether identical wide angle shots were taken on the 4a or the high-end Note20 Ultra 5G, a surprising development considering how integral the camera is to the Note20 Ultra 5G’s appeal. Frankly, the Pixel 4a’s biggest issue is the omission of wireless charging support, a preferred method by many (myself included) when it’s time to turn in for the evening.

So, which phone should you get? Well, aside from the mind-boggling price difference between the two, the choice is ultimately a personal one that speaks to your personality as much as it does your pocketbook. In the Note20 Ultra 5G is a powerhouse of a smartphone, skirting the edges of both size and substance to bring a trio of capable cameras, a much-improved note taking experience, and a killer screen for all that on-the-go video watching and game playing you’re (not) doing. But the Pixel 4a, cheap as it is, does wonders with what it’s got: a high-definition screen, a camera that rivals the thousand-dollar competition, a fingerprint sensor, and an understated, slim design that doesn’t feel flimsy, not by a long shot. But when push comes to shove, maybe pick the one that’ll actually fit in your pants—and your budget.