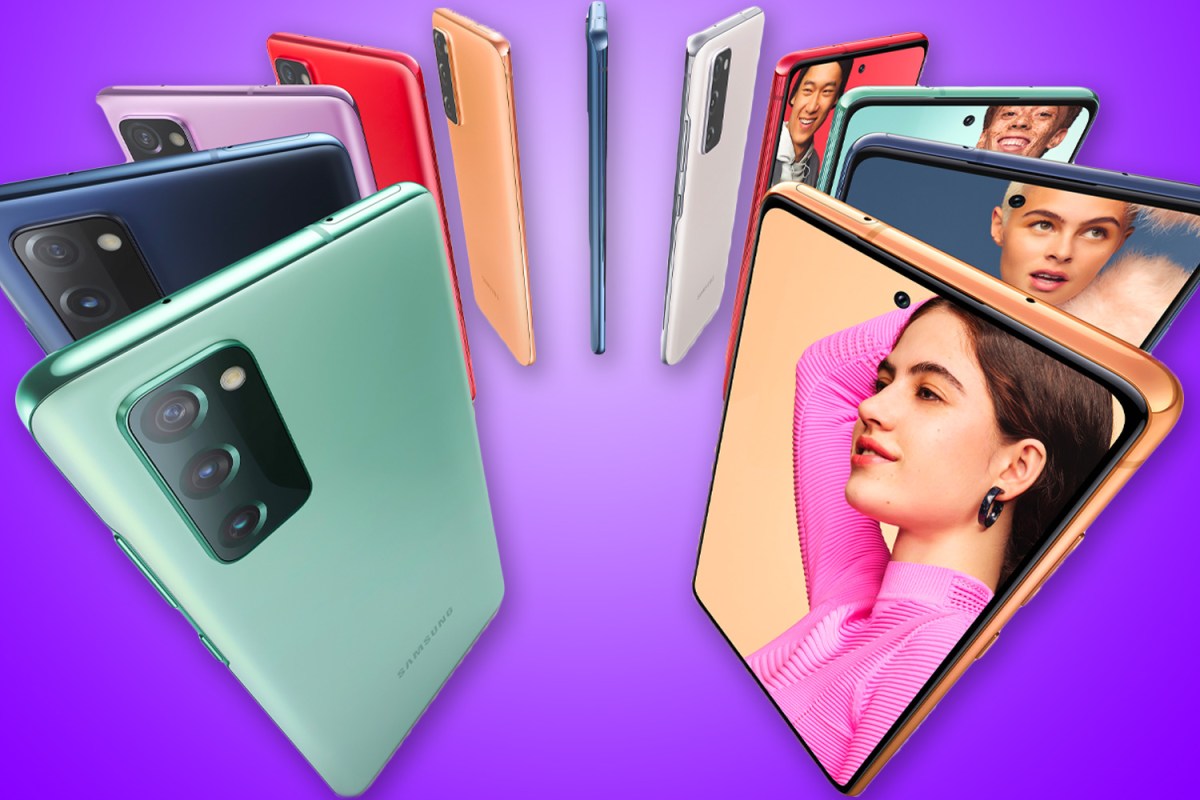 SAMSUNG has unveiled is latest smartphone – a stripped down version of the Galaxy S20 the South Korean firm launched in March.

The S20 Fan Edition (FE) comes in six colours and was designed around fan feedback on Samsung’s earlier device.

The main change is that the phone – released next month – starts at £599, whereas the original S20 set buyers back almost £800.

Samsung said the new phone offers “all the features of the Galaxy S20 for fans of all kinds.”

Among those features is the same processor, wireless charging and a 4,500mAh battery – big enough to last all day, according to Samsung.

Where the cameras are concerned, the FE gets an upgrade with a 32MP front snapper vs the S20’s 10MP one.

The triple rear camera system remains but with an 8MP telefoto lens, a downgrade on the 64MP lens sported by the S20.

The FE boasts a slightly bigger screen at 6.5″, with a “hole-punch” selfie camera stamped toward the top.

Samsung has introduced some new colours to the FE, with six available across the globe.

To cut costs, Samsung has snipped away at the specs in some areas.

For the 4G version, the phone has a downgraded Exynos 990 chip, while the 5G version features the top-of-the-range Snapdragon 865.

The device is also made from plastic as opposed to metal and glass.

Pre-orders for the Galaxy S20 FE open today and the device is out in the UK and US on October 2.

Here’s what you need to know…

Samsung said the device was inspired by feedback on the S20 received from fans.

“Galaxy S20 FE is an extension of the Galaxy S20 family, designed to bring flagship features to a wider audience,” said the firm’s Conor Pierce.

“We are constantly speaking to our customers and know there is demand for a smartphone that takes stunning photos and can perform all day, at a competitive price point.”

IS IT BOT IN HERE?

In other news, Amazon is taking on Apple Watch with its Halo fitness band.

Motorola is planning to release a 5G-version of its Razr foldable phone next month, according to reports.

Do you prefer Samsung or iPhone? Let us know in the comments…

We pay for your stories! Do you have a story for The Sun Online Tech & Science team? Email us at [email protected]